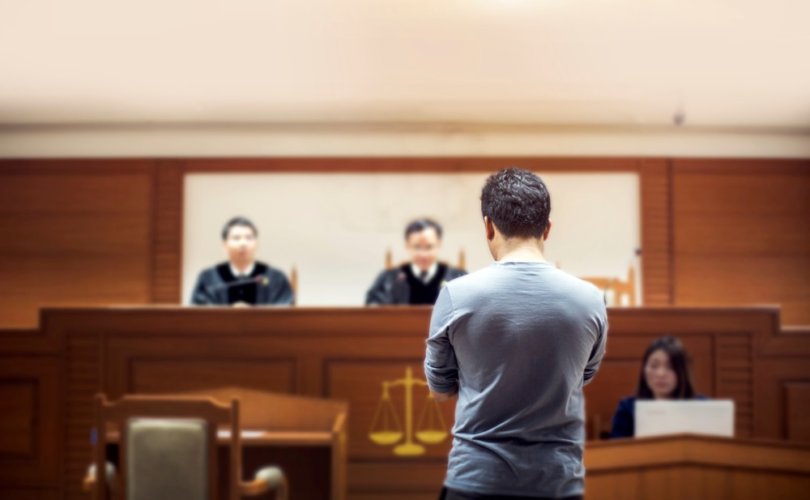 AUSTIN, February 11, 2020 (Texas Homeschool Coalition) — The Texas Supreme Court is set to hear oral arguments in a parental rights case that could shape up to be truly groundbreaking.

The case (known as In re CJC) centers around a father who is battling against a non-relative for custody of his four-year-old daughter. This non-relative was the boyfriend of the daughter’s now-deceased mother.

What makes this case especially noteworthy is that all parties in the case openly acknowledge that the father is an entirely fit parent — a good father who acts in the best interest of his daughter. Nevertheless, the boyfriend argues that he should be allowed to share custody of the daughter over the father’s objections.

The conflict arose after the child’s mother died in a tragic car accident in 2018. At the time, the mother and father were divorced and were sharing approximately 50/50 custody of their daughter.

During the last 11 months of her life, the mother lived with her boyfriend. As a result, the daughter also lived with her mother’s boyfriend for about half of that 11-month period.

After the mother’s death, the daughter’s maternal grandparents filed suit against the father, seeking sole custody of their four-year-old granddaughter. The court dismissed the suit, noting the grandparents’ inability to prove that leaving the father as sole custodian would cause any harm to the child.

However, despite finding that the father was an entirely fit parent, the court still granted partial custody to the boyfriend. It reasoned that the boyfriend was not required to provide the same proof as the grandparents had been.

In fact, the judge agreed with the boyfriend’s argument that he should be allowed to come before the court on an equal footing with the actual father. The judge concurred that there should be no presumption in favor of the father’s having sole custody of his own daughter.

As was recently outlined in an attorney general opinion, which THSC worked to obtain in February 2019, the constitutional right of parents to raise their children has been clearly established through 100 years of case law. In fact, the United States Supreme Court describes it as “the oldest of the fundamental liberty interests recognized by this Court.”

What makes this case so disturbing is that a non-parent was not simply given custody of another man’s daughter — he was given custody on the grounds that the biological father had no greater right to custody of his own daughter than did a virtual stranger.

This case has far-reaching implications.

If the court agrees with the boyfriend’s argument, horrible damage could be done to the constitutional right of parents to raise their children.

On the other hand, if the court agrees with the father’s argument, such a decision could thoroughly squash dissenting voices who have argued for years that the fundamental constitutional rights of parents are weak and narrow. Dissenters make these arguments despite the 100 years of case law that say otherwise.

If the father is successful, the court could use the opportunity to write a broad opinion that eliminates ambiguities which dissenters often invent to belittle parental rights.

However, even in victory, the court could choose to rule narrowly in an attempt to resolve the case while avoiding the larger issues. It is not an overstatement to say that this case has the potential to become the most significant parental rights case in Texas history.

The enormous potential of the case has not been lost on the pro-family legal community.

Early last fall, the Texas Public Policy Foundation and the Texas Home School Coalition each submitted briefs defending the father’s constitutional right to make decisions for his daughter. THSC’s brief was joined by 14 legislators and two other pro-family organizations.

While the Texas Supreme Court was not required to hear the case at all, the court intervened and temporarily suspended the trial court’s grant of custody to the boyfriend while the justices considered a final decision on the case.

Following this litany of supporting briefs, the Texas Supreme Court has now scheduled the case for oral arguments on March 24. Representatives from THSC will be in attendance at the hearing.

While the battle is far from over, the strong support for this father’s right to raise his daughter, as well as the pro-family record of several Texas Supreme Court justices, provides hope that this could be the most significant and beneficial parental rights case Texas has ever seen.

Published with permission from the Texas Homeschool Coalition.