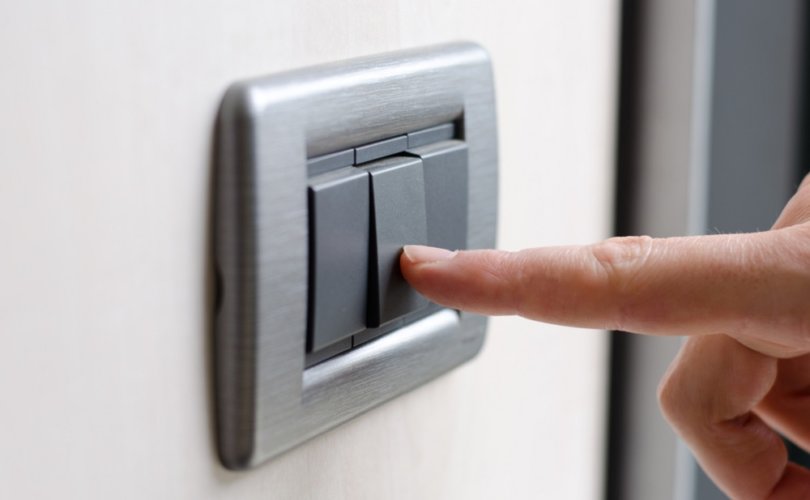 October 11, 2019 (American Thinker) — A blueprint for the deindustrialization of the U.S. is being revealed even now in (you guessed it) California.

Beginning early yesterday morning, a series of total power shutoffs by Pacific Gas & Electric began in every county of the Bay Area, along with a number of others to the north (the number of counties involved total 34). The sole exception — as you might have guessed — is San Francisco.

The power cutoffs are complete, with no exceptions for hospitals, emergency services, phone networks, etc., the purpose being to eliminate all power flowing through overhead power lines in the affected areas in a clumsy, ill considered effort to prevent wildfires. Vast areas of central California will be returned by fiat to the conditions of the 19th century. Something like 800,000 PG&E customers will be affected. The duration of the shutoff is effectively arbitrary and may extend up to five days or more. (I would guess that it depends on particular conditions of humidity, dryness, and windiness, but it may not be even that logical. It seldom is with environmentalists.)

The reason that this is “necessary” is due to yet other environmental laws preventing California power companies from adequately trimming back brush and undergrowth near their power lines, for fear that this may annoy a rare species of mountain toad or something similar. As a result, brush grows adjacent to and under active power lines, where it is believed that sparking from the lines can set it ablaze, though to my knowledge, this has never been definitely determined, either.

There is nothing particularly novel about this. In 2007 the Fish and Wildlife Service effectively shut down farming in the Central Valley — one of the most productive agricultural regions in the world — by curtailing irrigation on the grounds that water pumps might inconvenience a fish the size of an average little finger called the delta smelt. No evidence existed that a single delta smelt had ever been killed or mangled by an irrigation pump, but that didn't matter. The decision was affirmed by the 9th Circuit court in 2015, leaving the area in a permanent state of economic depression.

Little or no evidence of planning is evident regarding these shutoffs. They were announced only hours before being put into effect, with little advice apart from tips to stock up on candles and batteries. Not surprisingly, next to nothing was heard from local or state government on the matter — they doubtless prefer that the entire responsibility and blame fall upon PG&E. Further evidence of poor planning appeared on Wednesday afternoon, when a state trade association, the California Fuels and Convenience Alliance, reported that gas stations in the blackout districts had been “overwhelmed” by desperate customers (either hoarding or seeking enough fuel to flee) and pleading for drivers to “continue a normal fueling routine, without any immediate overreaction.”

These are the first signs of a panic that may continue to build. Even if California avoids riots and other public disturbances, damage from these blackouts will be large-scale and permanent. Economic activity will dwindle to next to nothing. Schools, offices, and plants will shut down. People will be killed, including the elderly, who depend on electrical-powered health aids and those in the high country who adapt desperate methods to heat their homes.

No matter what the result, the exercise will be hailed as a “success” by environmentalists, state bureaucrats, and their allies, and a “model” for efforts elsewhere. The truth is that the wildfire premise, which could be easily addressed by a few thousand people with brush-cutters, is no more than a pretext. The end goal of the modern green movement, clearly expressed by Paul Ehrlich, John Holdren, and Dave Foreman among many others, is deindustrialization followed by depopulation. This has been something carefully omitted from the argument both by the greens and their opponents, who are much more comfortable with arguing direct financial costs of fractions of a cent. Most of the public continues to cling to the deltas smelt and spotted owl version of the green movement, unable and perhaps unwilling to grasp that the ultimate goal is to turn them, their families, and their communities into fertilizer.

It has commonly been projected that the first move would look a lot like this. Californians should value the short period of civilized living they have left. Someday soon, the power will go off, and it will never come back on again.