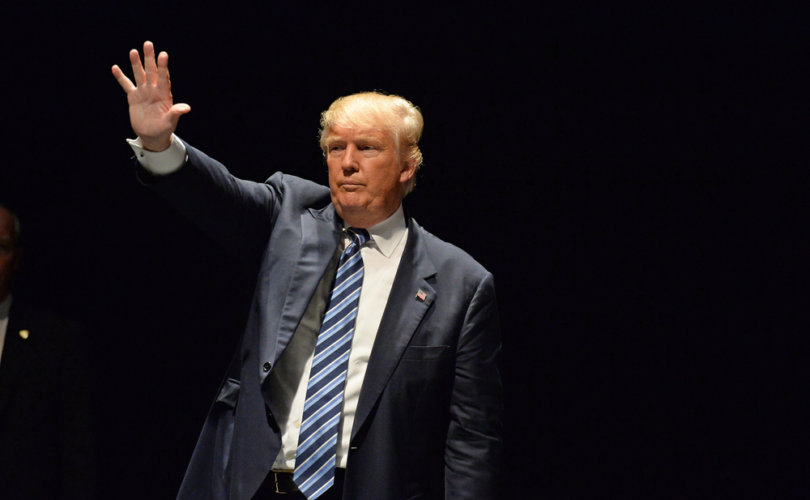 May 1, 2018 (LifeSiteNews.com) – Early in Jonathon Van Maren's book Seeing Is Believing, he quotes from William Wilberforce's first “famous” speech to the British House of Commons in 1789.

Wilberforce was speaking about abolishing the British slave trade, making the point that social change movements can take long periods of time before success is realized. And success – often seen as inconceivable – starts with one or a few people.

However, the Wilberforce quote Van Maren highlighted had greater significance to me for an entirely different reason. In the very beginning of his speech, Wilberforce puts responsibility for the slave trade exactly where it belongs. He acknowledges his own guilt for allowing this situation to exist and then points out the ongoing guilt of the British ruling authorities:

I mean not to accuse anyone, but to take the shame upon myself, in common, indeed, with the whole Parliament of Great Britain, for having suffered this horrid trade to be carried on under their authority. We are all guilty we ought all to plead guilty, and not to exculpate ourselves by throwing the blame on others; and I therefore deprecate every kind of reflection against the various descriptions of people who are more immediately involved in this wretched business.

William Wilberforce's efforts to abolish the slave trade in Britain thus began by telling the government that it and no one else was the reason why the slave trade existed within its ruling influence.

With strong words and clear intention, he encouraged, even admonished, the House of Commons to take responsibility and hold themselves accountable for the slave trade's continuance. And so is it not likewise here in the United States? Our government has been allowing, funding, and providing protection for the mass murder of our pre-born babies for 45 years. No one in the government has ever taken any responsibility for it.

Isn't it ultimately the government, and not the abortion industry, that is killing 3,500 of our preborn innocents each and every day? Wasn't this “American Holocaust” started 45 years ago by the unelected Supreme Court? To this day, isn't it sanctioned and funded by the other two branches of government while the same courts continue to protect those who do the actual killing?

During the 45 years of this daily government-sanctioned mass murder of thousands of pre-born innocents, has any elected official of the U.S. government ever stood up and stated what Wilberforce clearly said in his House of Commons speech?

I believe that the first step in stopping the bloodshed and ending this “American Holocaust” is the admission by our government that the abortion industry in this country exists only because the government allows it to exist, funds it with our tax dollars, and protects it within our courts.

We are in a unique time in our history. We have a president who not only is a bold leader, but has also risen up from outside the normal government processes. He is an outsider.

We have called President Trump “the most pro-life president in history.” As much as I have agreed with such a statement, stating such without a caveat is a mistake.

If President Trump does not end pre-born child-killing in our country, regardless of what else he does, his greatness will always be nothing more than a point of debate. In contrast, regardless of anything else he does, if President Trump ends pre-born child-killing, history will surely consider him the greatest U.S. president.

Without going into detail or history, the government sanctioning, funding, and protection of the daily mass murder of thousands of pre-born innocents is a “constitutional crisis.” Unfortunately, no one calls it such, and few act as if it is.

The legislative branch of the federal government is at best reticent and at worst unwilling to do anything to end this crisis. The judicial branch shows no desire to take responsibility for the constitutional crisis they have delivered to us. Therefore, it would appear that President Trump is our best and maybe our only hope at ending this longstanding corruption of our constitution.

What if…President Donald Trump signs a presidential executive order such as, “I, Donald Trump, by this presidential executive order, based on indisputable science and abundant case law, do recognize and declare constitutional personhood from the moment of fertilization, and I immediately direct all of my federal agencies and departments including the Department of Justice and all federal law enforcement to act accordingly”?

What if…President Trump immediately orders federal law enforcement to close all abortion facilities in the U.S.?

What if…President Trump instructs the Department of Justice to immediately prosecute anyone who performs an abortion from that day forward?

What if…President Trump ignores the injunction, stating that the courts have no jurisdiction over the Executive Branch? What if he further states that the daily mass murder of thousands of innocent pre-born persons is a “constitutional crisis” and a “national emergency”? He also could charge that because federal courts initiated and continue to protect this legalized “American Holocaust,” they have no moral authority to keep him from stopping the bloodshed.

It is time for us as pro-life leaders and pro-life people to strongly encourage and fully support President Trump's signing of a Personhood Presidential Executive Order. We must take the necessary steps to end this crisis, which has been destroying the constitutional fabric of our country for 45 years.

It should be noted that Wilberforce was successful in getting slave trade abolition legislation passed in 20 years.

But it wasn't until 1833, just before he died, that slavery itself was abolished in the British Empire – almost 45 years from his first great speech to the House of Commons. Legalized mass murder of the pre-born in our country was just memorialized for the 45th year.