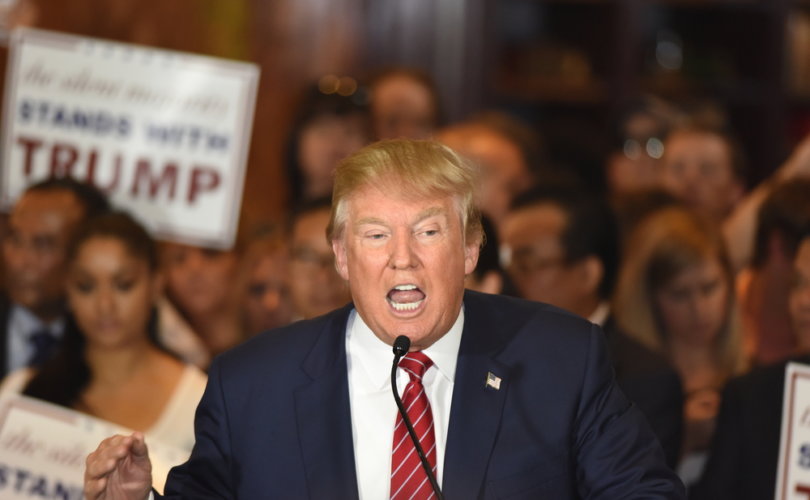 September 7, 2016 (TheBridgehead) — A couple of weeks ago, I wrote a column condemning the darker elements of the so-called alt-right, highlighting the racism and anti-Semitism that seems prevalent in their online trolling while allowing for the idea that some of the trolls may not actually be racist in their beliefs. The comments I got in response were rather revealing. Responding to my revulsion at people suggesting Jewish writer Ben Shapiro’s family be turned into lampshades, a commenter calling himself “Ovenmench” wrote, “Nah bro, the racism and anti-Semitism is serious, it wouldn’t be fun otherwise. Also what is with the hateful bigotry against cute little lampshades?” Another was more to the point: “You’re a f****** cuck.” Well, then. I take it all back.

The reason I wrote on the alt-right in the first place is because they are gaining a measure of sympathy from some frustrated conservatives who are so fed up with suffocating speech codes that the symbolic middle finger the alt-right holds up to the face of the establishment feels somewhat cathartic. Over at Taki’s Magazine, Jim Goad sums up how many are feeling:

It’s quite a big tent, but if there’s one thing that all of them—and me—agree on, it’s that Cultural Marxism is a toxic and destructive form of collective insanity that not only needs to be smashed and left bleeding in the streets—it needs to be murdered. And in that sense, the Alt-Right is all right with me.

Over at the online Canadian news and commentary outlet The Rebel, the alt-right is described in even more complimentary terms:

Since the time of the Cold War, the West has had no perceived major threat and she has fallen into a slumber. But now, following the rise of Islamism and rampant political correctness, a charismatic renewal is beginning to take hold: The rise of the so-called “Alt Right.”

Tired of cautious conservatives with no moral backbone, a cast of characters (from Donald Trump in the US to Nigel Farage in the UK) are gaining unprecedented popularity in whirlwind time. Why?

Because they are unafraid to articulate five universal truths that the human heart and reason know to be true but that some people are often too cowardly to proclaim:

1. The west is best.
2. Islam is not a religion of peace (and never has been).
3. There is no such thing as a safe space.
4. There are only two genders: male and female.
5. All human life is valuable and worth protecting.

The problem is that this is simply not true, as tempting as it is to present the alt-right as some edgy, hip, less stuffy segment of the conservative movement. The alt-right is not pro-life, and in many cases sees the high abortion rates present in African American and Hispanic communities as a positive thing. In fact, alt-right commentator Alymer Fisher wrote an extensive explanation of why the alt-right should avoid falling for what he considers “the pro-life temptation:”

Unfortunately, as our movement gains influence, it is important that we not fall prey to the pro-life temptation.

First off, the alt Right appreciates what is superior in man, in the Nietzschean sense. Most members of the alt Right applaud countries like Japan and South Korea for having low out-of-wedlock birth rates and not taking in Muslim or African refugees. We don’t simply say “who cares what they do, they’re not my tribe.” Rather, we recognize that such people have built impressive civilizations, and we believe that it is in the interest of humanity that these nations continue to exist, and not adopt the suicidal policies of the West.

Second, we on the alt Right have an appreciation of tribalism and identity. We realize that people are not just autonomous individuals. Life gains its meaning through connections to other members of our families, tribes, and nations.

Being pro-life flies in the face both of these principles.

First of all, the pro-life position is clearly dysgenic. A 2011 study showed that in 2008, while 16 percent of women aged 15-44 lived below the poverty line, among women who had abortions, the number was 42 percent. Hispanic and African-American women made up a combined 31 percent of this age group, but almost 55 percent of those who chose to terminate a pregnancy. The reasons behind these patterns aren’t hard to figure out. In a world with reliable birth control, it is quite easy to avoid an unwanted pregnancy; the only ones who can’t are the least intelligent and responsible members of society: women who are disproportionately Black, Hispanic, and poor…

Not only is the pro-life movement dysgenic, but its justifications rely on principles we generally reject. The alt Right is skeptical, to say the least, of concepts like “equality” and “human rights,” especially as bases for policy. The unborn fetus has no connection to anyone else in the community. If it is not even wanted by its own mother, criminalizing abortion means that the state must step in and say that the individual has rights as an individual, despite its lack of connection to any larger social group. This is no problem to those in the conservative movement, who decide right and wrong based on principles like “the right to life.” It is no coincidence that some of the most pro-life politicians are those most excited about adopting children from Africa and those in their movement are among the conservatives most likely to denounce the “racism” of their political opponents.

Got that? Abortion is a good thing as long as people outside of your “tribe” are doing it. Adopting children not from your “tribe” is a terrible idea. I’ve included just an excerpt of this article, but do read the whole thing—it’s truly grotesque.

The 2016 election has been weird for many reasons, and the conservative movement is in a moment of distinct crisis. Perhaps the only candidate who cannot beat Hillary Clinton is the presidential nominee, Trump’s dumpster-fire campaign has been thoroughly infiltrated by the so-called alt right, and the Right has been splintered into angry opposing camps. But it is conservatives who must resist the alt-right temptation. Their beliefs are not conservative, and much of what they preach is precisely the opposite of what we believe. Pro-lifers, especially, must reject them. The alt-right does not believe in the value of every human life, and when it comes to abortion, they couldn’t care less about the death of any human being outside of their own tribe. When the dust settles after this election and the conservative movement seeks to rebuild, it is essential that they will not find themselves in bed with pro-abortion white supremacists.