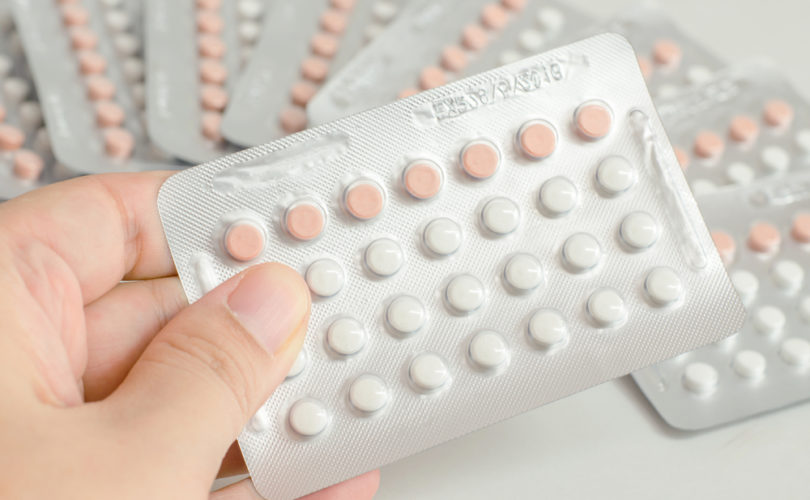 I am in the process of writing a book which argues that the Sexual Revolution has been a rich person’s hobby horse from the beginning. The rich and powerful like the idea of separating sex from child-bearing. While this idea is sometimes wrapped up in a disguise of helping woman and the poor, the fact remains that the rich and powerful pioneered and implemented these ideas, quite often at the expense of women and the poor.

So I wondered, when I picked up a book, The Birth of the Pill: How Four Crusaders Reinvented Sex and Launched a Revolution, celebrating four key people behind the development of the Pill, whether I would have to revise my thesis.

I am sorry to say that not a single line in this book contradicts my thesis. Oddly enough, however, the author believes he has written an account that more or less celebrates these four people, Margaret Sanger, Dr Gregory Pincus, Dr John Rock and Katherine McCormack, as social heroes. He has not falsified or white-washed the story in any way that I can see. The evidence is right in front of him. But he does not see it.

That Mr. Eig does not see the elitism that made The Pill possible, is a tribute to the power of the regime in which we all now live.

The misunderstanding behind these statements is to confuse an individual’s choice of behavior within a regime, with the choice of regime itself. We are all living in the Sexual Revolutionary Regime, whether we like it or not, whether we approve of it or not, whether we decline to participate in its main tenets or not. We all live in a society that is trying to say that sex is intrinsically a sterile activity, with all that this implies.

Part of living within a regime, is that one takes it for granted. These are the background assumptions, the parameters of our lives. Certain things make sense within the regime that would be unimaginable under an alternative regime.

The cardinal tenet of the Contraceptive Regime is that The Pill safely sterilizes the sexual act. As a result of this belief, we accept the idea that we can have sex with anyone we want, without regard for potential consequences. We think we can have sex with a person who would be a disaster to parent with. And when the inevitable pregnancy actually occurs, we act surprised every time. Women are then faced with the choice of becoming a single mother, having an abortion or placing the baby for adoption. None of these choices is particularly good for the child, nor in the end, for the woman.

We accept as normal, adults leaving one sex partner for another, and leaving children behind in the process. It is unbelievably painful for the individuals involved, but as a society, we don’t much care. Each individual family is left to believe that their painful situation is somehow their own fault. “If I had used my contraception correctly, I wouldn’t have gotten pregnant.”  “If you had been more mature and less sexually possessive, I could have had my affair without all this turmoil and trouble.”

Non-marital childbearing, “multiple-partner fertility,” abortion, divorce, are all part of the price of The Pill. But a celebration of the Sexual Revolution and The Pill cannot afford to take too much notice of these connections.

We can think of our perceptions of The Pill as being like one of those drawings that is either a goblet or a pair of faces, depending on your perspective. If you let your gaze shift ever so slightly, you can see the other image.

Poor Mr Eig’s gaze is so fixed upon the goblet that does not see the human faces. He does not see the significance of much of what he is saying. He tells us about Hugh Hefner’s enthusiasm for The Pill, without quite recognizing that this is the man who mainstreamed the commercialization of women’s sexual availability.

He tells us about the shoddy testing of the Pill which was conducted largely on Puerto Rican women, and on women in a mental asylum. When Dr Pincus applied for FDA approval, the drug had been tested on only 130 women. Instead of describing the number of women tested, he computed the number of menstrual cycles during which no pregnancy occurred. Eig recognizes that this was a sleight of hand, but hey, it was all in a good cause. Dr Pincus reported, “In the 1,279 cycles during which the regime of treatment was meticulously followed, there was not a single pregnancy.” This procedure had the virtue of dodging the number of women who dropped out and why, as well as the number of pregnancies that did occur, due to the women not taking their pills “meticulously.”

The reason there were so few subjects is that women kept dropping out of the trials. They did not like the side effects. All Eig can see is that women “desperately” wanted reliable contraception. But he does not see the significance of the fact that the women themselves turned their backs on it.

This pattern continues to this day. Women in developing countries frequently stop using contraception, much to the consternation of the population controllers from developed countries and international agencies who keep coming in to “help” them.

Thinking entirely within the Contraceptive Regime, all he can see is that the world is overpopulated, and something has to be done about it. But today, underpopulation is a bigger problem than overpopulation. Japan, which lionized Margaret Sanger for her work on family planning, was one of the “over-crowded” countries on the eve of the Pill. Japan is now one of the most rapidly aging, shrinking populations in the world, tied with Germany for the second oldest population in the world, with an average age of 46.1.

Moreover, coercive population control is a reality that hormonal contraceptives have made possible. China’s infamous One Child Policy is a crime against humanity, by any reasonable definition of that term.  The United Nations has been aggressively promoting a government contraceptive policy in the Philippines, a Roman Catholic country in which birth control is legally available. But only about 50 percent of the population uses contraception. And the birth rate? Is it some unimaginably high, out of control, breeding-like-bunnies number? The Total Fertility Rate in the Philippines is 3.06 babies per woman over the course of her whole lifetime. Yet, to get this population “under control” the United Nations, with the complicity of the United States government, has interfered in the legislative process of a sovereign democratic country.

These results are perhaps not what Margaret Sanger and Dr John Rock and Dr Gregory Pincus and Katherine McCormack expected. But as we look back on it, I do believe we have an obligation not to whitewash these obvious consequences of the Contraceptive Regime.

I appreciate the fact that Jonathan Eig has told the story of The Pill honestly. Now, I hope he will allow his gaze to shift, ever so slightly, so that he can see the information he has collected in a new light. The Pill didn’t solve all of women’s problems. It created whole new series of problems. And the problems it was supposed to solve could have been solved some other way.

This “Revolution” is nothing to celebrate.