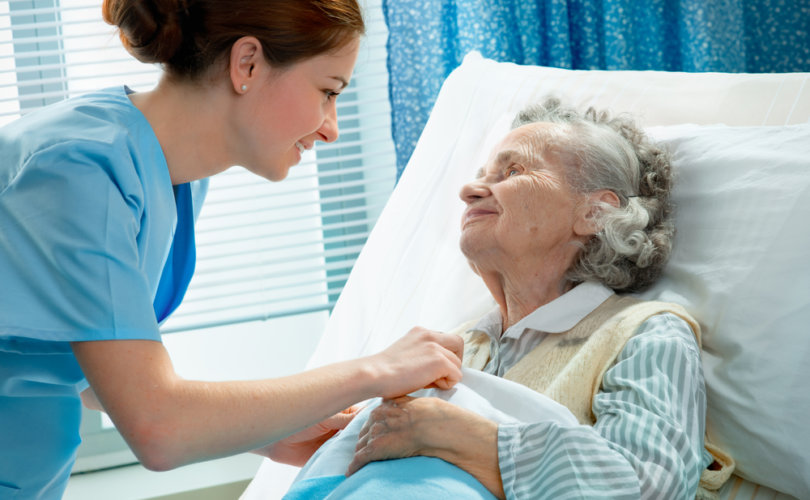 April 26, 2017 (BreakPoint) — Proponents of assisted suicide would have us believe that legalized killing is an unstoppable freight train and that those who oppose it are going to get run over. And no wonder. Last year Colorado and the District of Columbia legalized it, while California enacted a bill that had been passed in 2015. They joined Oregon, Vermont, Washington, and Montana where this great evil is now legal.

That’s why I’m very pleased to tell you that reports of the demise of a culture of life have been, to borrow a phrase, greatly exaggerated. We’re starting to win again. No, this doesn’t mean we can relax, but it’s really good news—and frankly, we could use some.

Bills to legalize euthanasia “have done very poorly” in 2017, Rita Marker, executive director of the Patients Rights Council, told Baptist Press. “That has been a shock to those who are in favor of it because they thought that all of [a] sudden the dam had burst and everything would happen for them.”

So far, that has not happened. Bills to advance the idea that some lives aren’t worth living have gone down to defeat in Indiana, Mississippi, New Mexico and Tennessee. Also in New Mexico, the state senate voted 22-20 against a bill to legalize assisted suicide for people expected to die within six months. It was a bipartisan vote, with 7 Democrats joining 15 Republicans.

Similar bills stalled in Hawaii, Maryland, Utah, and Wyoming, Marker said, although it’s always possible they could be brought back. In Hawaii, a House of Representatives committee unanimously decided not to advance a proposal allowing physicians to prescribe lethal drugs on the same day a patient is diagnosed as terminally ill.

Eva Andrade of the Hawaii Family Forum said that Hawaiians should “say a prayer of thanksgiving” while remaining vigilant—because when it comes to assisted suicide bills, death is never final. “Although this may seem like the battle is over, please be advised that the battle is not over until the last day of session,” Andrade said. “And even then, the bill is still alive for next session. Even now, proponents are most likely regrouping.”

Dauneen Dolce, executive director of the Right to Life Committee of New Mexico, told the American Family Association that assisted suicide legislation likely will be introduced next year. Therefore, she said, those opposing the culture of death must remain “actively involved in some way,” by “educating yourself, or giving support to the organizations that are educating others, or [being] involved in the political arena. If you don’t do that,” she added, “you are handing over our state [and] our laws, and the culture of death will come to us—and that’ll be from apathy.”

The job is immense. According to a 2016 survey by LifeWay Research, 67 percent of Americans say it is morally acceptable for terminally ill patients to ask their physicians to help them end their lives. We must not only work to change—or block—laws in the political and legislative realms. We must also work—and pray—to change hearts and minds in our neighborhoods, in our social and work circles, and across society.

Apparently most Americans see pain and suffering as the ultimate evil and personal autonomy as the highest good. What I can only call this “sub-Christian worldview” completely misses the truth that God can and often does use the things we’d rather avoid in our lives—even at the end of life—to draw us closer to Himself.

Remember, when it comes to assisted suicide, apathy is deadly. So let’s educate our fellow Americans about the beauty and dignity of life, from the moment of conception to the moment of natural death. Remember as well: “If we live, we live for the Lord; and if we die, we die for the Lord. So, whether we live or die, we belong to the Lord.”