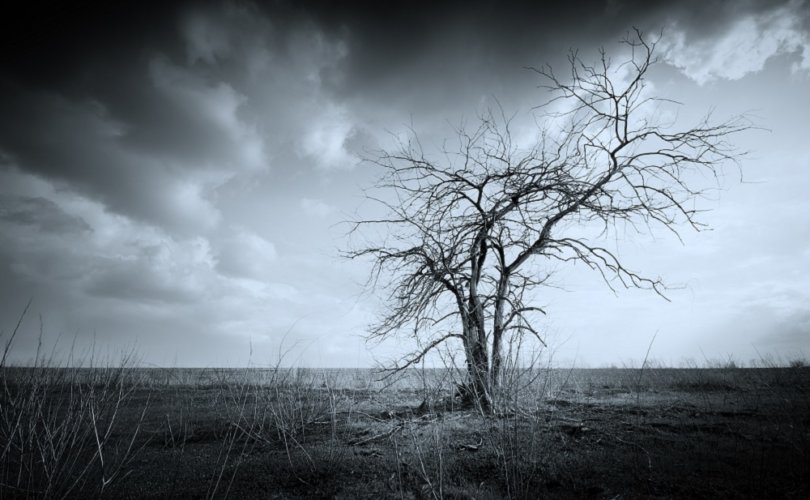 April 29, 2019 (American Thinker) — I attended the University of Rochester for graduate school. The university's motto is “Meliora: ever better.” Colloquially, “meliora” is used to mean never settle, we can always improve, and strive for more.

This translation of “meliora” and Meliorism is only the surface explanation. Meliorism is the Enlightenment-era name for the ideology of progressivism.1 Meliorism has two main tenets, which are the basis for the modern progressive movement.

The first is a belief in the progress of human nature. We, in the present, are superior to previous ages. Remnants of the past like traditions, customs, language, laws, and norms, meaning enduring standards, are the dead weight of yesteryear. We, in the present, must destroy these antiquated norms and create new ones in our image to suit modern man.

The second tenet of Meliorism is a belief in the natural goodness of man, corrupted by society. This emanates from the work and thought of Jean-Jacques Rousseau. Rousseau transferred the struggle for good and evil from within the breast of the individual to society. Evil comes from society, and therefore, by fixing society — tinkering with society's traditions, customs, language, laws, and norms — we can eradicate evil. This social engineering will restore the natural goodness and natural equity of the world initially corrupted by society.

The conservative's counter-argument to these tenets and to Meliorism in general is what I've called “The Tragic Nature” of the human condition. The rebuttal to the first premise is that human nature is constant and not progressing. We, in the present, are not at all different — neither better nor worse — from our eldest ancestors. To the conservative, as Russell Kirk once explained, “real progress consists in the movement of mankind towards the understanding of norms, and towards conformity to norms.”1

The norms of yesteryear are as applicable today as they were when first established by our ancestors. The farther we “progress” away from them, the worse our lives and civilizations become.

The counter-argument to the second tenet of Meliorism is that evil comes not from without, via society, but from within man's fallen and tragic nature. The struggle for good and evil is within the breast of the individual, not with society. Evil is sewn into the fabric of the human condition, and no amount of societal tinkering can ever eradicate it. At best, what we can hope to accomplish is deterring evil and keeping it at bay.

While there are other nuances to the Meliorist versus Tragic Nature debate, these are the two main features. Now that these ideological positions and their counter-arguments are clear, it is easy to see how this discussion manifests itself in modern political discourse. This tête-à-tête between the Meliorists and the proponents of the Tragic Nature occurs with regularity in the media. Understanding the ideological positions behind each argument can foster constructive dialogues or, at the very least, enlighten individuals who either are involved in the arguments themselves or watching on the sidelines.

Take the transgender issue, for example. The Meliorist progressivist believes that we, in the present, are superior to previous ages. The norms from the past are holding us back and must be supplanted to suit new modern Man. Traditional sex roles, traditional notions of binary sex — that's the dead-weight of yesteryear. Society is unfairly imposing restrictions on our autonomy, and we must fix society to cast off the corrupting influence it militates on our natural goodness. This corrupting influence perpetrated by society is something we can and must fix. By tinkering with current male-female gender norms, we can eradicate a societal evil and restore the natural goodness of man. We, in the present, must destroy those old norms and create new ones to suit our superior nature in the year 2020.

The conservatives believe that human nature is constant, which makes history move cyclically; therefore, transgenderism is nothing new. Prohibitions against transgenderism appear in the Old Testament, specifically the book of Deuteronomy. Camille Paglia, a feminist who's critical of modern feminist and leftist ideology, articulated the correlation between acceptance of transgenderism and civilizational decay.3 We've seen this before, and straying too far from the norms associated with preventing this behavior always leads to our demise.

The same applies to the traditional family unit. Man and woman monogamously married is outdated. We, in the present, can and should construct new norms for what constitutes a family. Single mothers, unwed cohabitating couples, men calling themselves married to each other, and gay families are examples of Meliorism in action. This is the 21st century, and in the year 2020, we are vastly superior to previous ages. The present age's superiority necessitates new norms for new modern man.

The conservatives, on the other hand, believe that these ideas do not constitute progress in the correct direction; real progress consists of adherence to traditional norms. The farther we drift from those old-world notions of family and marriage, the farther we descend into trouble. History is littered with the corpses of failed civilizations that collapsed due to weak families. The more our civilizations promote these ideas, the closer we inch toward oblivion.

Certain aspects of the U.S. Constitution come under the scope of the Meliorist argument, a specific one being the right to bear arms. The Meliorist progressivists believe that human nature has progressed. The Constitution was authored in the 1700s; it is outdated and has no relevance in our lives in the year 2020. How could the founding fathers have foreseen the issues we face today? In their era, people used muskets. Fully automatic machine guns were not predicted. We must abolish the Second Amendment!

The authors of the Constitution are long deceased, so we cannot know for certain what they believed, but there is ample evidence that suggests the authors believed that human nature is constant. This constancy means that historically, no form of human behavior is new, including those related to violence and weapons. Federalists #18–22 are devoted almost exclusively to history. Federalist #6 appealed to history as “the uniform course of human events, and … the accumulated experience of ages.” Federalist #34 referred to ancient Rome as “the pinnacle of human greatness.” In Federalist #52, Publius understood that we should “consult experience, the guide that ought always to be followed whenever it can be found.”2 There is strong evidence that the founders believed that human nature is constant, that we are not better than the past, and there is likely a precedent from the past for a modern situation.

To conclude, there are two main tenets of progressivism as an ideology, which was originally known as Meliorism. The sentiments implicit in these beliefs repeatedly appear in political discourse today. Recognizing them is immensely important in fostering understanding and constructive dialogues.

For a more in-depth analysis and comparison of the two ideas implicit in Meliorism and the Tragic Nature, see here.

Table comparing Meliorism with the Tragic Nature of the Human Condition