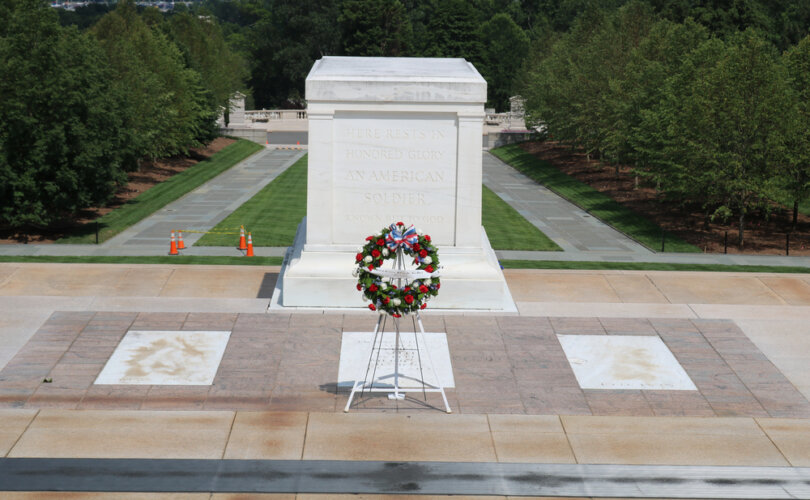 (LifeSiteNews) — As we celebrate another Veteran’s Day we recall all of the generous and valiant people who have served in the United States military, and especially those who fought and died in combat.

By all accounts these individuals have shown themselves to be disciplined, tough and compassionate, with the best of intentions, volunteering to serve the cause of peace, justice, stability, and the rule of law.

Yet given the tremendous price which has been paid by so many of our soldiers, whether this involved psychological, physical, or moral damage, it’s fair to ask what benefit was gained to their fellow countrymen, their nation, and to the world at large, as a result of their great sacrifices?

The ‘incalculable’ costs of America’s 21st century wars of aggression

Since only the beginning of the U.S.’s “War on Terror” in 2001, official reports from the U.S. Department of Defense show 53,337 U.S. casualties, including 7,076 deaths, in the war theaters of Iraq and Afghanistan alone. A different 2013 estimate, based on numbers of soldiers treated at VA hospitals, after returning from these war zones, included over 1 million injured.

Veterans from these wars also suffer high rates of mental ailments including post-traumatic stress disorder (PTSD), depression, and substance abuse. In fact, multiple reports reveal around 40 percent of these soldiers suffer from PTSD, with another 18 percent approaching this threshold as well. These ex-soldiers often exhibit difficulties with anger, are sometimes prone to violence, which may result from the guilt of a “moral injury” incurred in the heat of battle—where decisions made in seconds brought about something their conscience judges to be significantly wrong.

As a result of often debilitating mental pain, a 2016 study found that on average 20 veterans commit suicide each day, leaving behind them a network of family, friends, and perhaps co-workers who are afflicted with various degrees of suffering as well.

Financially, the costs to taxpayers has been quite significant to say the very least. According to one study, between 2001 and 2019, U.S. wars in Afghanistan, Iraq, Syria, and Pakistan have costed Americans $6.7 trillion.

And with so many soldiers returning home maimed, either physically or mentally—suffering difficulties with reintegration and employment—overall productivity drops, and additional burdens get shifted to families and communities.

So, in the final analysis, the cost of these wars to Americans, particularly our soldiers, are not just enormously high, but incalculable, with any corresponding benefits to our nation remaining elusive.

The cost for ‘liberated’ populations abroad: ‘The situation is worse for everyone, but especially for us Christians,’ only ‘destruction’ and no benefit

And what have these wars accomplished abroad? One 2015 study revealed a “conservative estimate” of “1.3 million lives lost in Iraq, Afghanistan, and Pakistan alone” including civilians of every category, only since these U.S. conflicts began in 2001.

In 2010, Chaldean Catholic Bishop Shlemon Warduni of Baghdad charged the U.S. with leaving Iraq in a much worse condition than it was under Saddam Hussein. “The situation is worse for everyone, but especially for us Christians,” he said. “We’ve become targets, we’re afraid to even leave the house… Bands of assassins move around as they want.”

“We’re suffering from the absence of a stable government. Without real authority and an effective sovereign, chaos rules,” he said. “Before there was a dictatorship, but the people lived fairly well. Today there’s total insecurity. No one is certain of being able to return home safely at night.”

The U.S. invasion “has simply meant destruction, without producing any benefit for the country,” the bishop summarized.

In May 2014, Patriarch Louis Raphaël I Sako, the head of the Chaldean Catholic Church in Iraq, declared: “We are a ruined church… 1,400 years of Islam could not uproot us from our land and our churches, while the policies of the West [have] scattered us and distributed us all around the world.”

Thus, if these foreign wars do not serve the interests of the United States, or of the “liberated” populations abroad, much less Christians, who do they serve?

Israel Lobby ‘has a stranglehold on the U.S. Congress’

Wishing to break what he called a “taboo subject that many people knew about, but hardly anybody talked about openly,” Harvard professor Stephen Walt wrote an impactful academic paper (with John Mearsheimer, 2006) which turned into a New York Times best seller titled The Israel Lobby and U.S. Foreign Policy. The political science scholars argued that the highly effective efforts of “a loose coalition of pro-Israel individuals and organizations” was a driving force for American foreign policy adopting “decades of unconditional U.S. support for Israel” as its centerpiece with detrimental effects to the authentic interests of both nations.

“The core of the Lobby is comprised of American Jews who make a significant effort in their daily lives to bend U.S. foreign policy so that it advances Israel’s interests,” these authors wrote, acknowledging that many non-Jews are part of these efforts as well, while many other Jews strongly oppose such policies.

Also, important to advancing these interests is the mainstream media, which Jewish author and activist Norman Finkelstein explained always gives “free passes” to the interests of client states like Israel. However, there is a “secondary factor, which is the ethnic element,” he said. “In many of these newspapers and the media in general, there is a large Jewish presence, and there is a sense of Jewish ethnic solidarity, which plays a role” in how these outlets present such topics.

Establishing the Lobby’s most potent leverage in Washington, according to Walt and Mearsheimer, is the American‐Israel Public Affairs Committee (AIPAC), which former Republican Speaker of the House Newt Gingrich called “the most effective general interest group . . . across the entire planet,” and former Democrat President Bill Clinton described as “better than anyone else lobbying in this town.”

To summarize, these best-selling authors and professors described AIPAC as “a de facto agent for a foreign government … [which] has a stranglehold on the U.S. Congress.”

Also integral to the actualization of the Lobby’s pro-Israel policies are the neoconservatives who have played a prominent foreign policy role in Washington for quite some time. According to retired congressman and former presidential candidate Ron Paul, the neoconservatives are ideological heirs of early Bolshevik terrorist Leon Trotsky in believing in “permanent revolution, violent as well as intellectual,” in advancing an American Empire, through “hard politics,” and that “lying is necessary for the state to survive.”

Journalist, author and also a former presidential candidate, Pat Buchanan, demonstrated how a network of these “neocons” were the architects of the invasion of Iraq by many underhanded means including the creation and dissemination of false intelligence reports about weapons of mass destruction being held and concealed by Iraqi president Saddam Hussein.

Such neoconservatives include pundits like William Kristol and Robert Kagan, along with current Biden administration policy makers such as Secretary of State Anthony Blinken, Under Secretary of State Victoria Nuland (Kagan’s wife), and “young hawk” National Security Advisor Jacob Sullivan.

With the strong support of the American media, the neocons have been able to stampede the U.S. into war with Iraq in 2003, decimate Libya in 2011, work to destroy Syria in response to at least one false flag attack, and provoke Russia into invading Ukraine earlier this year (full account here).

In his speech announcing Russia’s “special military operation” incursion into Ukraine on February 24, Vladimir Putin did not address his adversaries as Ukrainians, or even as the United States, but as “those who aspire to world domination,” which at least one commentator equates to “the Straussians,” or neoconservatives.

In an October 24 column for The American Conservative, retired U.S. Colonel Douglas Macgregor, who has often been a guest on Fox News and other outlets, affirmed “globalist and neocon elites clearly want a direct armed confrontation with Russia.”

And despite the broad media narrative that Russia is losing the war in Ukraine, the decorated colonel observed that proposals being floated in the West for U.S. military intervention confirm “the perilous state of the Ukrainian Armed Forces,” that they have “little left to withstand the Russian winter offensives.”

He also observed, “it is the eleventh hour. The Russian sledgehammer, scheduled to fall on the Zelensky regime in the November or December timeframe, or whenever the ground freezes, will crush whatever remains of Ukrainian forces.”

At this dire moment in the conflict, there has also been considerable evidence that neocons, with their proxies in Ukraine’s Volodymyr Zelensky regime, may be planning some type of false flag attack involving a radioactive detonation, as a means of driving the U.S. into the war against Russia.

Such a prospect would, of course, draw our service men and women into the most dangerous conflict the U.S. will have faced since World War II, which could also threaten the planet with the real prospect of a nuclear exchange, with no vital American interests at stake.

Neocons are ‘maniacs… who think they can dominate the world,’ court ‘disaster’ for U.S. service men and women in Ukraine

In an interview on the Scott Horton Show on Tuesday, Macgregor strongly warned against any U.S. intervention “on the ground” calling it “an invitation to disaster.”

Apparently referring to the likes of Blinken, Nuland and Sullivan as “maniacs… who think they can dominate the world,” the colonel warned that the U.S. military is “a shadow of our former selves,” with only 100,000 troops in Europe which equates “to maybe 25,000 combat troops,” which would be facing “a 700,000 man Russian army that has absolute unity of command and control.”

Furthermore, he stated, “Russia has all that it needs in terms of high end conventional military power to deal with us if we try to intervene, as well as with [the] Ukrainians.”

As we acknowledge with gratitude the courage, generosity and sacrifices which so many of our veterans and their families have endured, it seems the best way Americans can honor them is to do everything in our power to ensure the lives, limbs and mental health of our soldiers are no longer squandered in fighting needless wars of aggression at the behest of those who seek to “dominate the world.”

Are neocons planning a ‘dirty bomb’ false flag attack in Ukraine to draw the US into war with Russia?