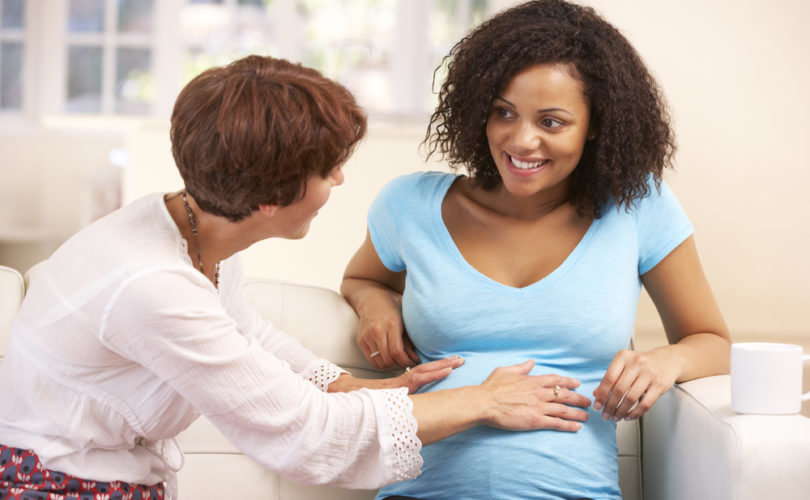 It had the makings of a great and inspirational movie until the final scene. Two fearless Scottish midwives take on the government bureaucracy of the National Health Service and the powerful hospital that employs them on a matter of the highest principle. Our heroes, the perfectly-named Mary Doogan and Concepta Wood, scrape together the funds to pay a lawyer and challenge the requirement that they must facilitate abortions in every way except for actually getting their hands bloody. After the first court knocks down their case, they heroically rise up in an appeal that succeeds! In the final act the matter is taken up by the highest court in the land: Major media outlets and abortion promoting organizations (but I repeat myself) whip the nation into a frenzy over the imminent threat to the entire edifice of legal abortion from these two Bravehearts with iron consciences.

What should have happened was a ruling that vindicated the right of health care personnel not to be materially complicit in abortions. Sadly, the United Kingdom’s Supreme Court went in a completely different direction. The judges decided to take a “strict constructionist” view of the 1967 Abortion Act as amended by the 1990 Human Fertilisation and Embryology Act. “It will immediately be apparent that the question in this case, and the only question, is the meaning of the words “to participate in any treatment authorised by this Act to which he has a conscientious objection”.[1] They declared that scheduling abortions and most activities surrounding them, except for the actual procedure itself, cannot be legally protected by conscientious objection.

This “conservative” approach did not prevent them from making a devastating and sweeping declaration that all conscientious objector health care professionals must refer patients to non-objecting colleagues for abortions and other procedures. “Whatever the outcome of the objectors’ stance, it is a feature of conscience clauses generally within the health care profession that the conscientious objector be under an obligation to refer the case to a professional who does not share that objection. This is a necessary corollary of the professional’s duty of care towards the patient.”[2]

Professional duty of care? It is hard to know where to begin in objecting to such an outrageously misused concept. Put in other very stark terms it goes like this: You may be convinced in conscience that an action is murder and should never be done, but you have a professional duty (almost a moral obligation) to facilitate in every way a colleague’s carrying the murder out. How ethically bankrupt is that? This is a recipe for eliminating whole categories of moral individuals from the health care professions, those who will not refer for abortions.  These are precisely the kind of compassionate people who are desperately needed in medicine today.

Doogan and Wood said “the ruling makes the conscience clause in practice meaningless for senior midwives in a labor ward.”[3] Indeed. The judges were aware that the conscientious objectors could have been accommodated with minimal effort. You see, ideology not health care was the issue. Their priority was to safeguard a nonexistent “right to abortion” above any other human rights.[4] The court did highlight the fact that these Scottish midwives are Catholics, but the judges had as scant regard for their beliefs as for their consciences.

The Church teaches in Gaudium et Spes that conscience is sacred, the most secret core and sanctuary of a person where we are alone with God and that the judgments of conscience must be respected along with objective norms of morality.[5]

The UK Supreme Court has only existed since 2009. Prior to that date the House of Lords was the highest court in Great Britain. It took the US Supreme Court 68 years to make a tremendous blunder with a “conservative” application of slavery laws and the sweeping assertion that persons of African descent cannot be citizens under the US Constitution in the 1857 Dred Scott ruling. It only took the UK Supreme Court 5 years to astound us with Greater Glasgow Health Board v. Doogan.

Come to think of it, Braveheart did not end with William Wallace’s victory but with his torture and execution after he refused to compromise his conscience, at the order of the liberty-loathing king and a kangaroo court. After Wallace’s death, his friends, inspired by his sacrifice, fight like warrior poets to win Scotland’s freedom from the English. Certainly the ruling of the highest court of Great Britain in this case will not be the final word on the matter just as Roe v. Wade is equally destined for the dustbin of reviled SCOTUS decisions, alongside Dred Scott v. Sandford and Buck v. Bell