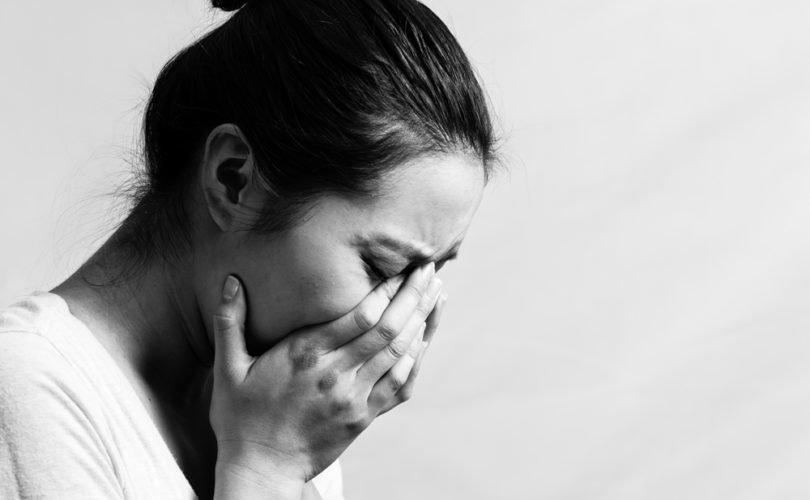 It took place just north of Tibet, in Chinese-occupied East Turkistan. It may be the only massacre in human history that began with State-forced mass abortions. In one sense, it's a massacre that still continues today.

As an American Catholic and a Muslim Uyghur, we stand together on this. We commemorate the victims. Pro-life and pro-choice Americans should also come together on at least this common ground. Forced abortion is abhorrent. All should condemn the terror the Chinese government unleashed against these women, and against their families who resisted it.

Baren Township, near Kashgar, saw sixty days of terror in spring 1990. As part of its deadly One Child Policy of population control, China's government routinely forced millions of women to abort their babies. But the villagers of Baren finally had enough. They'd just seen 250 local women robbed of their babies. So they did something people rarely risk in Communist countries. They went to confront the Party. These rural people walked into Party headquarters and complained to its officials.

Chinese officials answered their concerns. By sending in the People's Liberation Army. It stormed in and occupied the region. Some locals — devout, God-fearing people — decided to take up arms. To defend their families, their pre-born children, and their dignity.

Chinese authorities were enraged. They poured even more troops into Baren Township — more than 4,000 according to some sources — with artillery and helicopter gunships. All aimed at parents, who wanted their babies to live.

The army used heavy weapons and indiscriminately slaughtered villagers. By the dozens and the hundreds. People of every ethnic group in East Turkistan suffered: Uyghurs, Kazakhs, Kyrgyz, Uzbeks, and Tatars.

The massacre was emblematic of China's wider policies of genocide. It should have woken up the West to the nature of that regime.

The lesson of the Baren Massacre? If any nation would forcibly kill large groups of defenseless people in the womb it will also, sooner or later, go on to kill them outside the womb.

And 29 years later, that is exactly what's happening in East Turkistan.

Don't take it from us. Listen to the UN Committee on the Elimination of Racial Discrimination. It estimates that the Chinese government currently holds at least 1 million (mostly Uyghur) citizens in so-called “counter-extremism centers.” And another 2 million in so-called “re-education camps.”

Some people survive these camps. They report what goes on in them:

We've Known about This for a Decade

China's official Tianshan Net reported that population control policies in Occupied East Turkistan (“Xinjiang,” as the Chinese Communist Party calls it) have prevented the births of some 3.7 million people over the last 30 years[.] … The one-child policy is enforced more strictly in cities, but penalties for exceeding a family's quota can be severe, including job loss, demotion, or expulsion from the Party, experts say.

That was ten years ago. But for these afflicted people, nothing has changed.

Sometimes women in rural settings got a small degree of latitude in deviating from the one-child policy. But often the punishments for exceeding the quota are excruciating. Horror stories about China's genocidal and infanticidal policies abound.

One woman, Arzigul Tursun, was detained by police in the sixth month of her third pregnancy. Officials then forced her to undergo a late-term abortion.

Even if she had somehow escaped the medically unnecessary procedure? Then she would have faced a 45,000 yuan fine for the crime of conceiving a third child. That fine exceeds several years' family income.

A Threat to Life and Choice

Pro-life and pro-choice Americans alike should condemn the brutal practices of China's Communist Party. The simple truth is that they threaten both life and choice.

Now the people of East Turkistan are facing nothing less than a genocide. The Party's goal is nothing short of the wholesale extermination of an entire people. From womb to tomb, the Communist Party has no respect for the sanctity of human life or bodily integrity.

It feels strange to commemorate the Baren Massacre as if it were some fact of Cold War history. Because, inside China's concentration camps, it's still going on.