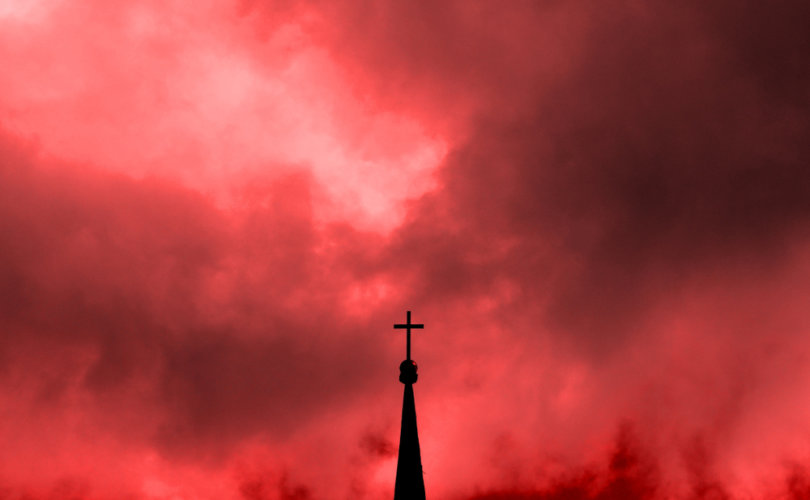 April 16, 2019 (LifeSiteNews) – In the hard battles of what sometimes is called Church politics, there is precious little time for things slow and thoughtful, for what is inner and mystical rather than public and illuminated by the brief, sharp light of media attention.

Hand on your heart; do you have time to read a novel? Even one 700 pages long? Or is, in a sense, culture a luxury one cannot afford when the Church is on fire?

Or is the opposite true? Maybe we suffer from a lack of stories that connect the river of fragments we wade through daily into a meaningful tale of a—yes, I agree—small, but still heroic life.

Anyone weaving such a purposeful web need imagination, and a lot of it. Moreover, to live within a Christian story, we need a baptized imagination; and I would like to add, a Eucharistic, confirmed imagination, which keeps traveling the steep road of sanctification against the overwhelming odds of a neopagan, multibillion-dollar entertainment industry.

Neither my fantasy nor probably yours is powerful enough for such a task. For this, we need authors and artists who are willing to live their Christian faith when there are few incentives and rewards for doing so; with other words, we need storytellers nourished by the fresh sap of the gospel.

In a sense, the true Christian artist has to be our story. What they write, paint, and make come to life on the screen is then an outflow of an inner life that has rejected compromise with the world, the flesh, and the devil. Instead, their soul has embraced the counterintuitive path of the cross.

I am always on the outlook for such voices that have that characteristic deep resonance in which my inner life can rest, recognizing as its own the combination of laughter and seriousness, of the mundane and the supernatural. Need I say that this is mostly a fruitless search, wandering through the wasteland of postindustrial society, but as with the precious pearl in the gospel narrative, it is worth all the effort.

Like so many other Catholics, when reading the novel Father Elijah by Michael D. O’Brien, I recognized such a voice, tinged by modern loneliness and marginalization, but still empowered by the drama of confronting powerful and intelligent evil, the personification of the crushing behemoth of modernity, Antichrist.

In all of O’Brien’s creations, there is a sense of Christian tragedy, which is even clearer in the follow-up novel to Father Elijah, in which Elijah must confront his mission failure, as he lies dying in the outskirts of Jerusalem. The glorious, happy end is outside the frame of the story, but it informs the endurance of the hero; the resurrection is present as it was in the final offering of Christ on the cross, but only supernatural hope can sense it.

The fundamental storyline of O’Brien’s novels captures well the struggle to live a Christian life in a world hurrying to embrace ever more radically antichristian principles. When I write this, I see on internet a live video feed of the Notre Dame Cathedral in Paris burning.

The Church is indeed on fire.

When I came to Combermere in 2011, after riding from Ottawa through the wooded countryside of Ontario for two hours in O’Brien’s car, animatedly discussing with him art and authentic Catholic life, I was indeed fortunate, as I had found the precious pearl of Christian imagination.

Michael O’Brien’s house, clothes, and manners were simple, but sincere and saturated by a thoughtful Christian culture, likewise without artifice or pretension. I posed questions about his art, and he answered them from an inner center of recollection, sustained by many hours of prayer over forty years. This was for me a transformative weekend, in which I sensed an important narrative beneath all the stories.

Two years later, when I came back to Canada for more interviews, the underlying life story developed into the main object of our conversations. This is how my biography of Michael D. O’Brien was born. In a sense, the storyteller could not, or did not want to, tell his own story. It was thus up to me, a scholar from Sweden to do so.

So I went deeper into the childhood of Michael O’Brien through interviews with him, his siblings and friends; and as I came to his dramatic and difficult teenage years; the sudden conversion and dedication of his life to God and art, I began to follow his interior life through his diary, chronicling mystical experiences, struggles, and resolutions. I pursued newspaper articles, novels, and essays; the spread of his creations into new languages. And it is a story that is still developing as of writing.

The special resonance between my own interior struggles and those of the white-haired, twenty-year-older writer and artist welcoming me into his life provided me with a story to understand myself, of struggle against all the odds, of faithfulness when ridicule is the only reward.

I worked as a scholar with the material, wrote footnotes and did fact checks, but the friendship and sympathy that matured in that process were, I think, as important as the surface facts. And, I hope, if you find time to follow O’Brien from Ottawa to the Canadian Arctic, to the mountains of British Columbia and back, that your own life story will benefit similarly.

Sometimes, it is necessary to read novels when the Church is burning, to understand and act with dignity.

On the Edge of Infinity is available at Ignatius Press and Amazon. And in French translation. See also Clemens Cavallin’s dramatization of the first weekend in Combermere in the book Art and Sacrificial Love, published by Justin Press.