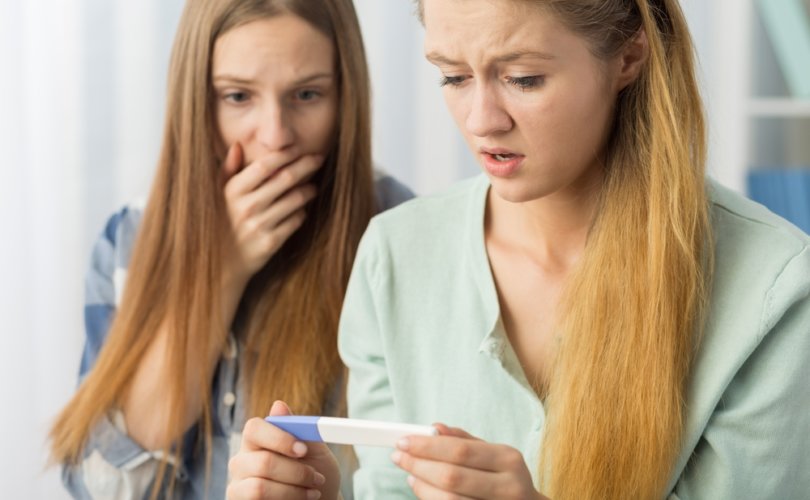 July 21, 2016 (BreakPoint) — Those who’ve pushed condoms like candy in public schools have given us any number of rationales. They told us that young people “are going to do it anyway,” so more condoms would equal fewer pregnancies. They also said that more condoms would lead to fewer STDs, or sexually transmitted diseases. And as they proceeded to pass out condoms by the handful to our school-age children, they told us that religion and morality should be left out of it, in the name of public health and, of course, science.

New research, however, suggests these prophets of prophylactics were wrong—desperately wrong—and that it’s time for a fresh look at the issue.

A recently released study by University of Notre Dame researchers Kasey S. Buckles and Daniel M. Hungerman has found that access to condoms in schools actually increases teen pregnancies by about 10 percent—that’s right, increases it! Buckles and Hungerman selected 22 school districts in 12 states that started such programs back in the 1990s, including New York City, Los Angeles, and San Francisco. The study analyzed teen-fertility data from nearly 400 high-population counties over a span of 19 years.

Is this really that surprising? If adults tell teens that the decision to engage in sex is theirs and give them condoms, what message do they receive?

It makes sense, especially given another finding of the study. Buckles and Hungerman found that sexual activity, along with STDs, increased in counties with condom-distribution programs. This puts a lie to all those lofty assurances from the Sexual Left that condoms would prevent all that. No, more likely, they encouraged it!

Michael J. New, an assistant professor of political science at the University of Michigan at Dearborn, notes that this ugly outcome likely is a result of increased sexual risk-taking as a result of condoms in the schools. All at taxpayers' expense.

Now Buckles and Hungerman are quick to point out that they believe the effects of teen fertility would be less alarming if the condom-distribution programs were also accompanied by mandatory sex-ed counseling. But New says such education efforts would not totally offset the jump in teen fertility caused by condom distribution. There would still be more births to teenaged mothers, and presumably more teen STDs, than if there were no condoms in the schools in the first place.

“Overall,” says New, “the study adds to an impressive body of research which shows that efforts to encourage contraceptive use either through mandates, subsidies, or distribution are ineffective at best or counterproductive at worst. In many countries, increases in contraception use are correlated with increase in the abortion rate.”

Now it would be optimistic at best to assume that the folks who brought these condom-distribution programs to us, and their cheerleaders in the media, would own up to the conundrum they have created and work to make things right. But no, we’ll have to do that ourselves.

So the first step to changing what our schools do is to read the study and make sure that members of your local school boards have a copy. Just come to BreakPoint.org and click on this commentary for a link to it, along with more information to get you up to speed.

And second, we shouldn’t be surprised that non-Christians teach our sons and daughters a non-Christian worldview concerning the human body, the unitive act, or marriage. Teaching our own kids about sex and design and relationships and marriage, while pointing out and countering the lies about sex proclaimed in the culture, is first and foremost our job as parents and as Christian communities.