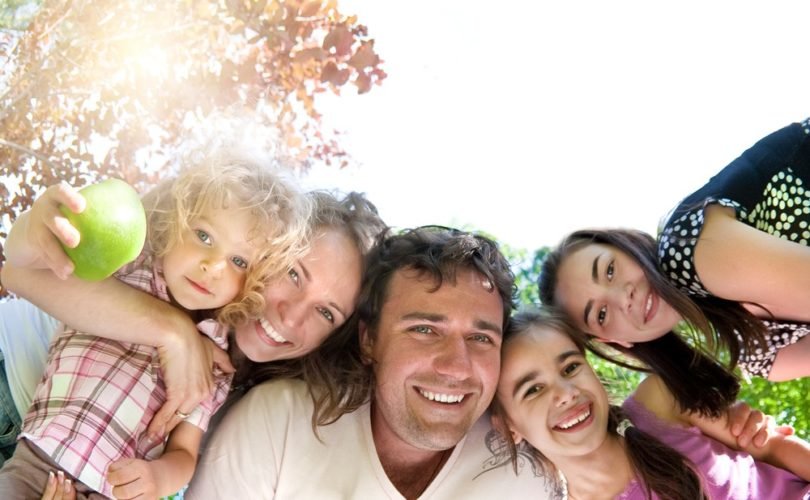 Editor’s Note: The following article is based on a talk delivered by Britain’s Dr. Thomas Ward, Vice-President and Founder of the National Association of Catholic Families, at the International Forum on the Large Family and the Future of Humanity from September 10-11 in Moscow.

Christian families of Russia thank you for your call to the generosity and joy of large families. It is a counter revolutionary call to build a new Civilisation of Love and Life.

It is a call to our families to replace today's dying Culture of Death with all its attacks on humanity: on life, love, sexuality, marriage, family, and Christianity itself.

A culture of contraception, abortion, homosexualism and their indoctrination subtly enforced on our families at home and brutally imposed upon poor families abroad.

A culture of planned demographic collapse.

A culture in which the only protectors of children are their parents, their Primary Educators who, as in Germany, Sweden, and very recently in Ireland, may have little moral alternative to civil disobedience and imprisonment.

But parents and their inalienable rights are the Achilles heel of the Culture of Death. It is here we must attack.

Many in the West oppose this madness. Do not despair of us!

I have worked over forty years as a family doctor defending the family and families. I am convinced that the root of the Culture of Death is the artificial separation in contraceptive sexual intercourse of love from life.

Contraception is associated with a rise not a fall in the abortion rate.

Hormonal contraceptives have been known to have an intrinsic abortifacient pharmacological action since 1926!

This separation of life from love has spread from contraception, to in vitro fertilisation and now logically, even theologically to homosexual “marriage.”

Revealingly, both separations are promoted by one of the largest multinationals in the world, the Birth Control Lobby.

Who removed our parental rights?

In 1922 Lenin initiated what was to become the Frankfurt School of Western cultural Marxism. His intention was to destroy the obstacle of Western Christian culture to the spread of Marxism. The methods to be used were the use of sexual instinct as a weapon and overwhelming negative destructive cultural criticism in all spheres of life. The Frankfurt School targeted our families against the background of growing liberalism in church and state.

We hear the same message from different messengers over the decades:

“Communist society will take upon itself all the duties involved in the education of a child.”
– 1920 Alexandra Kollontai, the first Soviet People's Commissar for Social Welfare

“Children have to be freed from… religious and other cultural 'prejudices' forced upon them by parents,civil and religious authorities […] sex education should be introduced in the 4th grade, (i.e. 9 to10) eliminating 'the ways of elders' by force if necessary.”
– Brock Chisholm who became the first director of the World Health Organisation in 1948

“It is now the privilege of the Parental State to take major decisions – objective, unemotional, the State weighs up what is best for the child….”
– Lady Helen Brook, who started the “secret” provision of contraceptives to the young the very first step in the usurping of parental rights on education and medical treatment.

“Parents –  the most dangerous people of all.”
– A Family Planning Association spokeswoman

In 1974 the British Government prohibited doctors from contacting “the parents of a child of whatever age” when she requested contraceptives. A parent legally challenged this in the courts but our Law Lords ruled that when a doctor decided a child fully understood what was proposed, the child could consent to all treatments and parents' rights stopped. This now covers abortion.

The UN Committee on the Elimination of Discrimination Against Women has instructed nations to ensure the right to sexual education, to contraception and abortion for girls and adolescents without parental knowledge or consent.

IPPF, based in London, is the nerve centre of the world reproductive law reform. London is the centre of Common Law jurisdiction which covers one third of humanity, the former British Empire. IPPF operates in 189 countries including Russia.

Because of same-sex legislation, Catholic adoption agencies, caring in loco parentis for our most vulnerable Catholic children, have been outlawed.

The Education Act 1996 imposes a duty on state schools, including religious schools, to teach about marriage in the National Curriculum. With the legalising of same-sex “marriage,” parents who object to this being taught in certain general classes have no right to withdraw their children. The school, because of its legal obligation to promote equality, is itself obliged to refuse permission.

Because of same sex “marriage” legislation the exercising of the parental primary right to educate has been outlawed.

On the teaching of Christian sexual morality in schools the Parliamentary Committee on Human Rights has said: “A curriculum which teaches a particular religion’s doctrinal beliefs as if they were objectively true … is likely to lead to unjustifiable discrimination.”

Because of same-sex legislation the right to teach Christian sexual morality as objective truth in educational institutions has been outlawed.

Never before in the history of free men has our human right to be the primary educators of our children been removed. It is enshrined in Genesis, in the New Testament, in the doctrine of the Orthodox and of the Catholic Church, in Aristotle and the Universal Declaration of the Human Rights.

The demographic recovery of your great country will depend disproportionately on generous large families. They will depend upon legally enforceable guarantees of their God-given, inalienable human right as Primary Educators.

Through these families Russia will, please God, become a Christian beacon of hope to all humanity.

Christian families of Russia, thank you.