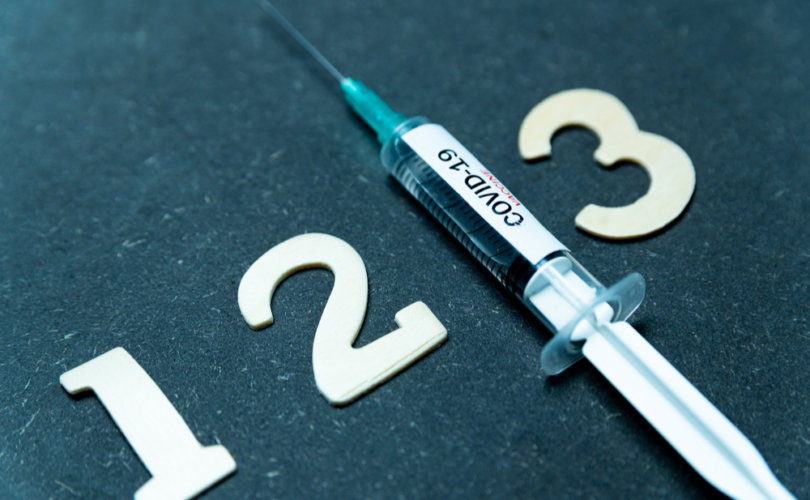 (The Dossier) – With the initial roll out of the “the cure for COVID-19,” the “experts” assured us that these mRNA vaccines — a first of its kind platform developed and distributed to the masses by Pfizer-BioNTech and Moderna — were akin to a miracle cure.

“Public health experts” in the form of government health bureaucrats and academics, in addition to a complete roster of corporate press stenographers, exclaimed that the United States and first mover Western nations had access to a technology that is far superior to the vaccines of the past. Not to worry, the cure was here, and the mRNA miracle would save us from the despair of the COVID-19 pandemic.

“The remarkable story about how mRNA vaccines were made — that a group of scientists would labor in obscurity for so long in order to create this miracle — was incredibly inspirational.” #NYTLetters https://t.co/qFY6xmC7Er

The Vast Promise of mRNA Technology – WSJ
Deep dive into the miracle of mRNA https://t.co/fPMCuF1mIu

Everyone seemingly bought in, before this hardly tested, novel technology made its way into the arms of the masses. Stunning infographic videos were created to highlight how exactly this revolutionary technology, a “modern miracle,” would attack and destroy the virus, rendering it helpless to spread among populations that were mRNA vaccinated.

The COVID-19 mRNA vaccine is a modern miracle pic.twitter.com/ziixH0q8UU

The mRNA superiority narrative continues to this day. At the end of 2021, Time Magazine honored the “vaccine pioneers” behind the mRNA platform as the magazine’s “Heroes of the Year.”

For Pfizer, BioNTech, and Moderna, this relentless praise and positive press was incredibly lucrative. mRNA orders from government customers were flying off the shelves, with countries buying up years’ worth of supplies in advance, leading to record revenue and profits. Everyone needed access to this “miracle cure,” and government customers were willing to pay big bucks for the supplies.

By all indications, these mRNA shots were a revolutionary game changer. Surely, the data would bear this out in emphatic fashion.

Well, we’re now over one full year into the deployment of the “miracle cure,” and countries that have bought mRNA vaccines in droves cannot demonstrate any discernible difference from nations that decided not to accommodate the mRNA hype.

It did not provide the sterilizing qualities touted by Big Pharma CEOs. Israel, which led the fastest and earliest deployment of mRNA shots, is now staring down an unprecedented 4th dose in a year’s time, and it currently has the highest COVID-19 case rate in the world.

As Omicron becomes the world’s ultra dominant variant (with almost every sequenced case in the United States now being reported as Omicron), it is now not clear at all that the shots being sold by pharmaceutical companies provide any benefit at all for Omicron. After only one year, and now 2, 3 or 4 shots deep, depending on where you live, the “miracle cure” doesn’t seem to do anything at all to resolve the continuing virus problem.

On the world stage, the supposed advantage of mRNA is nowhere to be found. It’s very difficult to compare countries, given their different reporting methods. However, given the amazing hype surrounding it, mRNA should be standing out at least to a somewhat noticeable degree. Studies are continuing to reflect the reality that there is no relationship on a global level between particular “vaccinations” and positive outcomes related to COVID-19.

Many are not aware of the fact that China and India, the two biggest countries in the world by population, never adopted the mRNA technology. China is currently using inactivated virus vaccines, while India is mostly using a homemade version of the Astrazeneca viral vector formulation.

Russia, the world’s 10th most populated country, has also balked on mRNA, and Moscow uses its own “Sputnik” viral vector shot.

There are also no discernible statistical differences between countries with a population that has widely accepted novel COVID-19 vaccinations, and nations where citizens have skipped the injection protocol entirely.

Throughout the continent of Africa, hardly anyone at all is “vaccinated” with COVID-19 shots, and there remain no reports of a horrific plague making its way through the continent. In Nigeria, the 7th most populated country, only 2.5% of a 211 million strong population is “fully vaccinated.”

One year into our vaccination campaign, with a reported 10 billion shots in arms, our mRNA “miracle” now seems rather… insignificant.

Countries that said no to mRNA ended up with no worse issues than nations that financed tens of billions of dollars in endless supplies of mRNA shots on the backs of their taxpayers. One year into the deployment of this supposed groundbreaking technology, mRNA now seems more mirage than miracle.