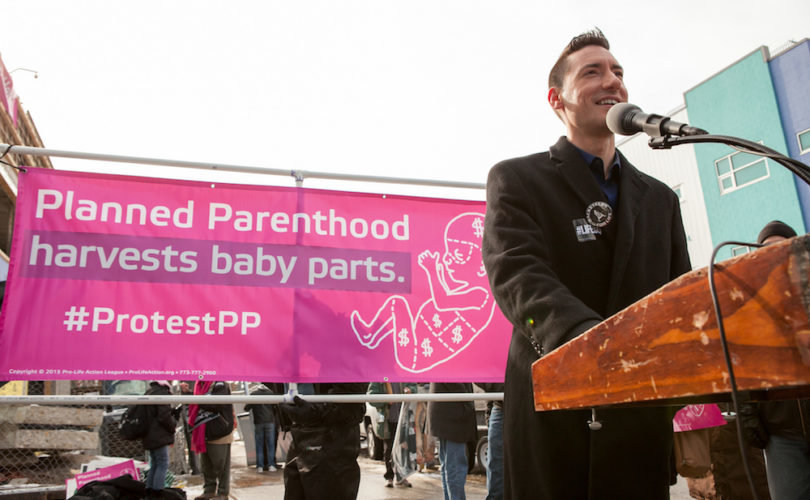 January 28, 2016 (BreakPoint) — As you’ve probably heard, a grand jury in Houston Texas, originally tasked with investigating Planned Parenthood’s possible involvement in the sale of fetal tissue and body parts, has decided to instead to shoot the messenger.

Well, not exactly “shoot,” but something almost as inappropriate. The Harris County grand jury indicted both David R. Daleiden, the founder of the Center for Medical Progress, and his colleague Sandra Merritt, for “tampering with a government record.” Daleiden has also been charged with a misdemeanor related to the attempt to purchase human organs.

To put it very mildly, what happened in Houston was ironic. While Daleiden’s actions amount to a prima facie – the legal phrase meaning “at first glance” – violation of Texas law, no one believes he intended to buy fetal tissue. His and Merritt’s goal was to expose those who profit from this gruesome practice.

Daleiden and Merritt announced they will surrender themselves to Harris County authorities. From there, the prosecutor will decide whether to proceed with or drop the case.

Not surprisingly, the New York Times is calling the indictment a “vindication” of Planned Parenthood. It’s no such thing. Daleiden’s and Merritt’s possibly excessive zeal doesn’t make Planned Parenthood’s disregard for the sanctity and dignity of human life any less egregious or disgusting.

These indictments are best understood as the latest chapter in the long saga of our society’s commitment to rationalize the current abortion regime. This sort of thing happens in cultures of death.

In the aftermath of Roe v Wade, abortion proponents told us the fetus was merely a “clump of tissue.” Pleading agnostic as to when human life begins, their only certainty was that nothing human is killed by abortions.

That contention has been, of course, demolished by sonograms and pro-life efforts like “The Silent Scream.” The humanity of the fetus is no longer seriously in doubt.

So the strategy shifted to the “safe, legal and rare” phase. People like Naomi Wolf acknowledged that abortion involved the taking of a human life and that was, in some ways, a tragedy. But, Wolf and others argued, feeling bad about it was an unfortunate part of preserving the “necessary” option of abortion.

As incoherent as it sounds, pro-life forces found an opening there: regulating the time, place, and manner of abortions so as to minimize their number and make it safer for the women involved.

In response, abortion apologists became even more brazen. They now proudly depict abortion as a positive good. Case in point? The recent Washington Post headline: “I’m a successful lawyer and mother because I had an abortion.”

Even more brazen and, frankly, absurd are those who argue their aborted children would approve of the taking of their lives just as the author would have been okay had her mother aborted her.

This kind of argument only confirms Mother Theresa words that “it is a poverty to decide that a child must die so that you my live as you wish.”

Now, presented with video evidence of the real cost to live as we wish, the response is to shoot – or at least indict – the messenger. The problem isn’t that the law being used to indict Daleiden is a bad one. It’s that only a culture of death would imagine using this law to indict one exposing how others are breaking it.

Living as we wish is our society’s highest value. It’s a poverty that is indicted, tried, and found guilty as charged in this whole Houston debacle.

And let’s remember: in the end, God is the ultimate, and righteous, judge—of David Daleiden and of Planned Parenthood.