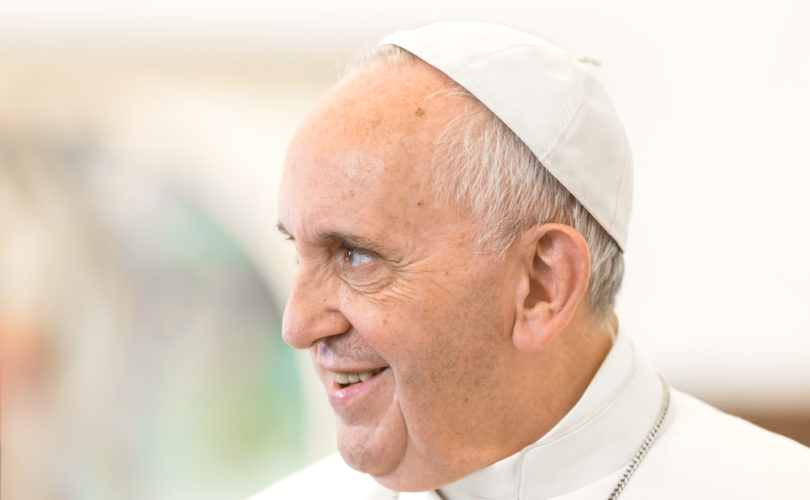 February 19, 2016 (CatholicCulture) — How damaging was the latest papal interview? Let me count the ways.

Today, no doubt, the Vatican press office will go into its now-familiar “clarification” mode. Loyal Catholic defenders of Pope Francis will argue that the Holy Father’s words were taken out of context. But this time, the problem cannot be attributed to sensationalistic reporting; the Pontiff definitely conveyed the impression that he was ready to discuss the morality of contraception in the context of the Zika epidemic. The Pope’s own words are—at best—confusing.

Questioned as to whether contraception is the “lesser of two evils” when the Zika threatens birth defects, the Pope replied, in part: “On the lesser evil, avoiding pregnancy, we are speaking in terms of a conflict between the 5th and 6th Commandments.” What conflict? Does he mean to suggest that in some cases, adhering to one of God’s laws might entail violating another?

In the next sentence, the Pope refers to the decision by Pope Paul VI, authorizing nuns in (what was then) the Belgian Congo to use contraceptives when they were threatened with rape. But that decision does not apply to the situation created by the Zika epidemic. Contraception is immoral because it violates the integrity of the marital act. In the Congo, the use of contraceptives was justified as a means of thwarting an act of violence. In Latin America today, some officials argue that, because of the Zika problem, contraceptives should be used to thwart an act of marital love.

No doubt the Pope’s defenders will argue—in fact some already have argued— that the Pope did not actually say that contraception could be justified. True enough. What he said was that “avoiding pregnancy is not an absolute evil.” But in context, what other message were reporters likely to draw from his statement? If you ask me whether it is justifiable to rob a bank, and I reply that bank robbery is not an absolute evil, haven’t I indicated that I am open to a discussion about whether bank robbery is licit in certain circumstances? Certainly I have not given the impression that I think bank robbery is always immoral.

Yet the Church teaches that artificial contraception, when used to frustrate the purpose of the marital act, is always immoral. UN officials are now suggesting that artificial contraception should be practiced by married couples routinely because of the Zika epidemic. Nothing in the Pope’s statement suggested that there is an inherent moral problem with that approach. I have seen defenders of the Pope remark that secular reporters generally don’t understand the Church’s teaching on contraception. That’s true; and nothing that the Pope said would further their education.

Moreover, in answering the reporter’s question about Zika, the Pope failed to point out the flaw in the major premise of the argument for routine contraception. That argument is based on the assumption that the Zika virus is responsible for microcephaly. But there is very little scientific evidence to support that assumption: a fact that the Pope’s own representative highlighted in a presentation this week to the UN. Proponents of contraception and abortion have been exploiting the Zika epidemic as a means of advancing their cause. The Pope had an opportunity to remind the world that the effects of Zika are not well understood, and to suggest that research should be concentrated on killing the disease rather than its victims. He missed it.

And speaking of missed opportunities, if Pope Francis had not made those remarks about contraception (and his provocative remarks about Donald Trump) the headline stories about his airborne press conference might have centered on a few other statements, which would have gladdened the hearts of shock-shelled Catholics. For example:

But these statements, and other important comments by the Pope about his visit to Mexico and his meeting with Patriarch Kirill, will be barely noticed—drowned out by the noise about his comments on Trump and Zika.

The Pope’s frequent public interviews, and his unhappy record of maladroit responses, have become a predictable source of confusion, frustration, and even embarrassment for the faithful. In the distant past, then-Cardinal Bergoglio admitted: “Interviews are not my forte.”Thoughtful Catholic leaders should use their influence to persuade the Holy Father that he was right then, and is wrong now to use interviews as a regular facet of his public ministry.

Phil Lawler has been a Catholic journalist for more than 30 years. He has previously served as Director of Studies for the Heritage Foundation, as editor of Crisis magazine, and as editor of the international monthly magazine Catholic World Report and has written eight books. Founder of Catholic World News, he is the news director and lead analyst at CatholicCulture.org

BREAKING: Vatican affirms Pope was speaking about contraceptives for Zika