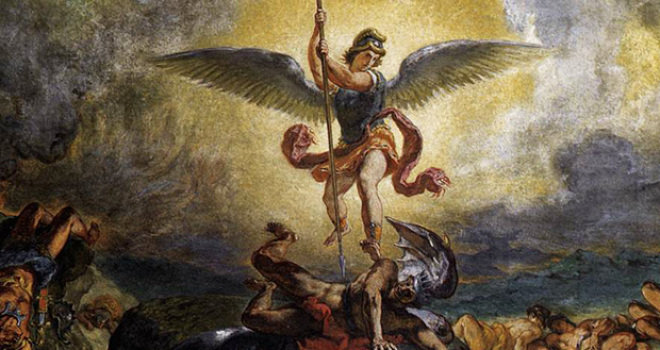 November 27, 2017 (LifeSiteNews) – As in every generation, the “near future” approaches, never quite materializing in ways we had imagined. Because of this, our perennial temptation is to dismiss the teleology of history, and the eschatology of revelation, as mental constructs produced by irrational fears or limited by enflamed analyses of contemporary situations, a cycle that is supposedly repeated without end, never delivering the promised omni-catastrophe. Even so, according to Christ in the Gospels and the Book of Revelation, and the letters of Sts. Peter, Paul, and John, and the Old Testament prophets, as well as the ecclesially approved private revelations that have increased in number and intensity for the past 150 years, the time is drawing near when all speculative scenarios will evaporate in the face of a real and ultimate peril for mankind. Then the future will become the present. Its prologue will be an apostasy unprecedented in scope. Indeed, day by day this apostasy spreads all around us. Its climax is the Day of the Lord, a day of fire.

In a number of sermons, Blessed Cardinal John Henry Newman wrote prophetically about the near future that was looming in his own times:

I know that all times are perilous, and that in every time serious and anxious minds, alive to the honour of God and the needs of man, are apt to consider no times so perilous as their own. At all times the enemy of souls assaults with fury the Church which is their true Mother, and at least threatens and frightens when he fails in doing mischief. And all times have their special trials which others have not. And so far I will admit that there were certain specific dangers to Christians at certain other times, which do not exist in this time. Doubtless, but still admitting this, still I think that the trials which lie before us are such as would appall and make dizzy even such courageous hearts as St. Athanasius, St. Gregory I, or St. Gregory VII. And they would confess that dark as the prospect of their own day was to them severally, ours has a darkness different in kind from any that has been before it. The special peril of the time before us is the spread of that plague of infidelity, that the Apostles and our Lord Himself have predicted as the worst calamity of the last times of the Church. And at least a shadow, a typical image of the last times is coming over the world.1

Newman’s approach was conditioned partly by the context of the times he lived in and also by his understanding of the constant temptation of Christians, that is, to make compromises with the spiritus mundi. It was clear to him that the spirit of the world in his day was making ever greater advances against what remained of old Christendom. And in other sermons, he went farther, warning that the diabolic spirit was moving toward a final confrontation.2 Newman pointed out that eras of lukewarmness and laxity among the faithful had always been the prologue to persecutions, and that the ultimate persecution would be preceded by the greatest apostasy in the history of the Church.3 There had been, of course, other periods of apostasy and heresy, such as the Arian crisis, and severe as they were, they arose at a time of vastly diverse religious confusion when civilized man was still crawling up out of the fever swamps of paganism.

And that is the difference between what has occurred in the past and what is occurring now across the entire Western world. A civilization that has known Christianity (and is now largely ignorant about how dark paganism can be) is choosing to go back down into the swamp, and all along the downward trajectory is calling it progress, proclaiming at every turn its tragically stunted concept of freedom and aggressively imposing it on everyone.

That the revolution has so swiftly overturned the fundamental principles of civilization is one of its more ominous characteristics—principles recognized by any sane society. Needless to say, there are historical and sociological factors involved, such as the shattering of confidence in a benevolent God by two unthinkably destructive world wars, by the looming threat of nuclear war, by genocides, by the sexual revolution, and by the phenomenal growth of new media so powerful that it overwhelms consciousness, and hence conscience, making of the human will an instrument of its purpose—redefining not only the meaning of man but of Reality itself.

3. In his Ecclesiastical History, Eusebius of Caesarea, the fourth-century bishop and historian, also points out that all the major persecutions of the Church were preceded by periods of widespread laxity among the faithful.