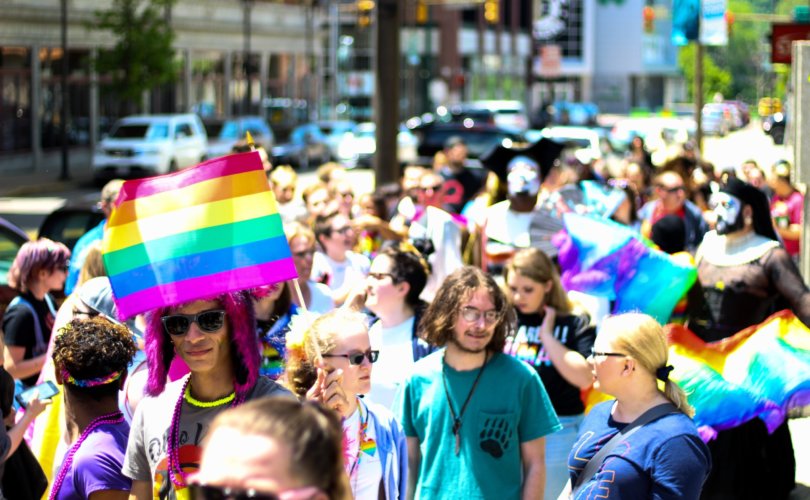 May 10, 2019 (American Thinker) — My wife Mary and I met with several black relatives for dinner at a restaurant in Baltimore. The jovial conversation drifted to politics. I was stunned that they know nothing about several important political issues. Because they watch only mainstream media, my relatives are either misinformed or uninformed.

For example, my relatives have never heard of sharia law. When I explained the tyranny of sharia and how leftists are promoting it in America, my relatives were shocked. Overwhelmed, a relative said, “I've heard enough. Can we change the subject?”

The second thing that disturbed me was my relatives' intense fear of pushing back against LGBTQ indoctrination that is impacting their lives. As I said, these are not political people. And yet, they know they had better not get caught opposing LGBTQ activists forcefully infiltrating every aspect of our lives, from public education to entertainment to Sunday morning worship.

A relative said her two granddaughters told her about a picture posted on the internet by their cousin. Their cousin is a girl who posted a picture of her kissing her girlfriend. All these kids are in elementary school. Disturbed, my relative asked her son, her granddaughters' father, about the picture. He begged his mom not to say anything about the picture. He feared that disapproving of their cousin kissing her girlfriend could lead to him being deemed an unfit parent and losing custody of his daughters.

Another relative said his two little granddaughters were painting their fingernails. Having a little fun, he bent his hand femininely and said, “Paint my nails, too.” The little girls immediately turned stone-faced. They said, “That's not funny, Pop-pop. It's not right to make fun of them like that.” My relative was taken aback by how upset his granddaughters were with him. He did not know that kids are taught beginning in pre-K that homosexuality is superior to heterosexuality.

Another relative chimed in about a visit at his adult daughter's home. His granddaughter looked beautiful in her gown for a formal high school event. He was shocked when her date arrived. It was a girl wearing a tuxedo. He thought this was terrible but hid his feelings, fearful of offending his daughter and granddaughter. He knew they would think he was an old-fashioned, out-of-date hater if he showed any sign of disapproval.

Folks, LGBTQ activists' domination of our culture has come a long way from the days when they claimed they wanted only tolerance. Today, they demand that we bend a knee in total submission and approval of their lifestyle in education, entertainment media, and even Christian churches. LGBTQ activists are aggressively seeking to ban the Bible, declaring it bigoted hate speech. LGBTQ activists seek to make it illegal to counsel those who wish to transition from LGBTQ lifestyles.

Leftists are thrilled about Corpus Christi, which is a blasphemous movie in which Jesus and his disciples are portrayed as homosexuals. And yet, leftists are demanding that public schools forbid students from drawing pictures of Mohammad because sharia law says that to do so is blasphemy.

My late dad, Dr. Rev. Lloyd E. Marcus, said homosexuals were coming out of the closet and forcing us who believe the Bible into the closet. Truer words were never spoken.

Years ago, I wrote an article about how LGBTQ activists were aggressively seeking to infiltrate and take down Christian institutions like the Boy Scouts of America. Tragically, LGBTQ activists have transformed the Boy Scouts away from its Christian founding, principles, and values. Everything I stated in that article was 100% true. Shockingly, Christians, conservatives and Republicans who usually agree with me backed away from me. My article was branded “mean-spirited” and “anti-Christian.”

At that time, I was chairman of a PAC that helped to elect conservative candidates. LGBTQ activists attacked our candidate, demanding that the candidate disassociate from this “hater,” Lloyd Marcus. My employer warned that if the bad press intensified, he would be forced to request my resignation. This was my first time personally experiencing the wrath and punishment of LGBTQ activists, simply because I warned people about their mission to bully us into submission.

The surprising intensity of the LGBTQ attacks, reporters chasing me down and sticking microphones in my face, scared me. I could not give a rat's derrière about what leftists think of me. I had to fight off feelings of guilt as I witnessed LGBTQ enforcers attacking everyone associated with me.

My wife Mary and I prayed about the situation. My wife is awesome. Mary said, “You must spread truth without fear of man.” Life has taught us that while my paycheck came from my employer, God is the true source of our financial security. The heated attacks over my LGBTQ/Boy Scouts article faded away. I was not fired.

However, another of my controversial articles sparked tension between my employer and me. Mary and I concluded that I must be free to write as I am led by God. I resigned from my position as chairman of the PAC.

For years, leftists have accused me of being a black “Uncle Tom sellout,” highly paid by the Republican Party. This is not true. Quitting my position as chairman of a PAC was a serious financial decision, an act of faith. God is faithful and has sustained us. Praise God!

I left our family gathering at the restaurant feeling a bit disturbed that my relatives were so politically clueless and so fearful of attempting to stop LGBTQ activists from forcing their anti-Christian agenda down the throats of our children. Still, I am determined to continue spreading the truth and standing up for what is right. God is the source of my strength.

On a positive note, my wife Mary is a crab cake snob. The crab cakes at Romano's restaurant were excellent.