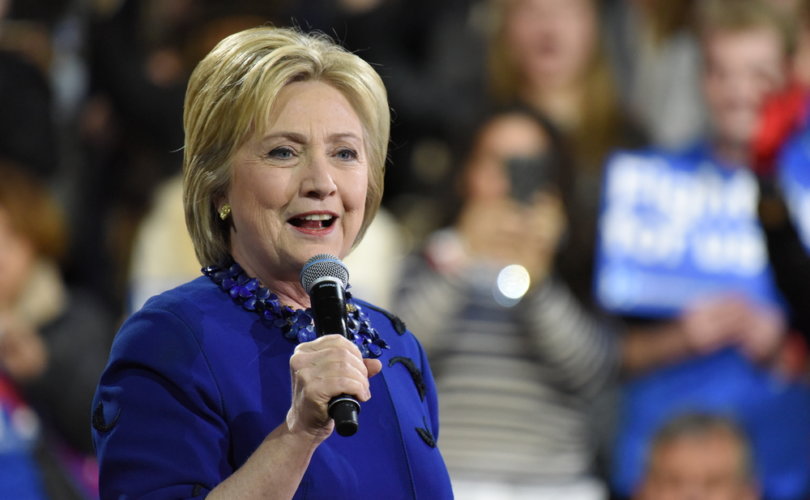 September 16, 2016 (LifeSiteNews) — There was open disagreement at the November 2015 U.S. Catholic Bishops semi-annual gathering about the tone and emphasis of their election guide Forming Consciences for Faithful Citizenship.

Bishop Robert McElroy of San Diego wanted a complete revision of the statement that would prioritize concern for the poor and the environment as the core of Catholic social teaching:

If I understand Pope Francis correctly, the issue of poverty… and degradation of the Earth…these two issues lie at the very center and core of Catholic social teaching as priorities for us in every public policy position. And that is not reflected in this document…It tilts in favor of abortion and euthanasia and excludes poverty and the environment.

Bishop McElroy and other like-minded Bishops and laity seek to advance what they understand as the vision of Pope Francis for the Church.  Purportedly, like the Pope, they want to see less primary public emphasis on the Church’s teaching about abortion and hot button sexual morality concerns such as same-sex relationships.  They would like to see abortion positioned within a broader context that reflects a greater emphasis on alleviating poverty, racial and economic injustice, and environmental concerns.

Bishop McElroy’s comments seem to suggest that when Catholic voters go to the polls this November, the needs of the poor and environmental concerns can be equally considered and even take precedence over abortion and sexual morality issues.

Catholic leaders and laity such as Bishop McElroy want to emphasize the Gospel message of charity towards the poor, and respect for God’s creation in our political process.  This is commendable and clearly a very serious Gospel mandate of Jesus (Matthew 25:31).

What they fail to see is that those Catholics who support pro-abortion politicians, despite their positive positions on other issues, are actually enabling a political party with a very serious addiction.[1]

The Democratic Party is addicted to abortion.

This year’s Democratic Party platform is the most pro-abortion in history advocating for taxpayer funded abortions.  At the Democratic Convention in July a woman publicly celebrated the abortion of her unborn child and received a standing ovation from the crowd.  Like other addictions, abortion may offer an immediate sense of relief and benefit, but over time exacts a very high cost.

The 1973 legalization of abortion sent shockwaves of grief and destruction spreading out across our nation in its wake.   Sadly, those that rightly advocate for a more robust response to the demands Jesus makes for charity and justice for the poor, fail to see the dynamic connection that exists between the Shockwaves of Abortion and the challenges faced by those suffering poverty and oppression.

The poor, especially women with histories of abuse and men with absent or abusive fathers, are most vulnerable to post abortion reactions.  The symptoms they suffer hurt them and their families and contribute to the addictions, family chaos and violence that plague poor communities.

The Catholic Leadership and Laity Hold the Cure

Sometimes, the addict has to hit bottom and experience some very painful consequences before they are ready to end their relationship with the addictive substance or behavior.

The same holds true for a political party.

The Democratic Party won’t break free of their radical advocacy for abortion, unless the Catholic leaders, Catholic politicians and Catholic voters make serious demands for change.

This may mean for a time withholding support for candidates of both parties who may hold other admirable positions, some beneficial to the poor and environment, yet are pro-abortion.  It is time for the Catholic voter to make politicians accountable for their support.

If we can go through the short-term pain, breaking the Democratic Party’s abortion addiction will bless both parties and strengthen our political process.  Healthier and diverse political parties will emerge that better serve our nation’s citizens, provide real-life affirming choices on essential issues, especially those that impact the most poor and vulnerable.

The Foundation of All Human Rights

The mystery of our salvation in Christ Jesus was manifest in a powerful way at the Annunciation and the incarnation of the Word of God within the blessed womb of Mary.  How can the dignity and protection of the unborn child not be a priority for Christ’s Church and a foundation of all her teaching on human rights?

For the Church to emphasize the foundational primacy of the right to life of the unborn in no way diminishes the value of ministry to the poor, sick, elderly, disabled, and care for the environment.  A society that protects its most vulnerable members and treasures the dignity of unborn children will be even more effective in building a just and compassionate church and society.

… the right to health, to home, to work, to family, to culture- is false and illusory if the right to life, the most basic and fundamental right and the condition for all other personal rights, is not defended with maximum determination. – St. Pope John Paul II, Christifideles Laici (1988), no. 38

Kevin Burke is executive director of Rachel's Vineyard Ministries and an associate on the Priests for Life staff.

[1] Enabler: A person who encourages or enables negative or self-destructive behavior in another.