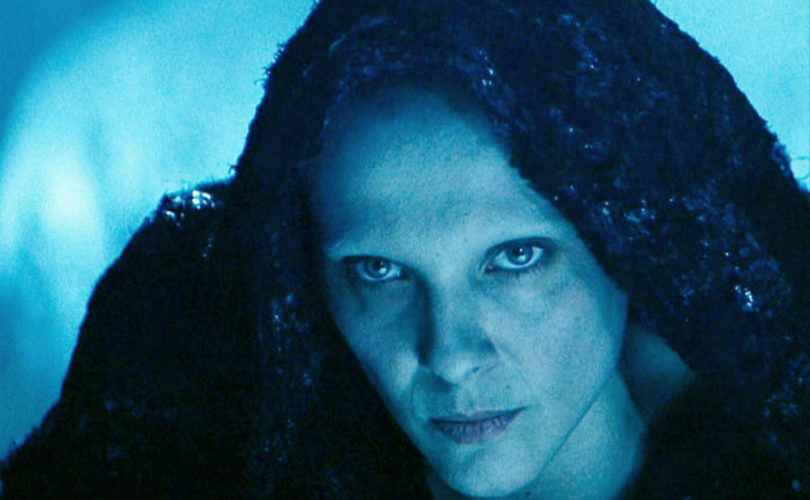 This is the ninth and final article in a series on modesty in a culture of shamelessness. LifeSiteNews published the first instalment on April 7, the second on April 8, the third on April 13, the fourth on April 14, the fifth on April 16, the sixth on April 17, the seventh on April 23, and the eighth on April 24.

April 27, 2015 (LifeSiteNews.com) — It is impossible for us to return to the state of original innocence. The Fall of Man was not simply an unpleasant mistake, best forgotten, as if we could clear up the whole matter by pretending it never happened. This, in effect, is what residents of nudist colonies and European bathing beaches would like us to believe.

It’s a lie. The gates to Eden remain resolutely shut. The mistake was made and a lesson is being learned about the state of the universe and what goes on in it. Yet God in His infinite mercy and justice has sent His only-begotten Son to redeem us from the tyranny of lies.

Jesus allowed himself to undergo the humiliation of being stripped naked, and through this moral agony combined with his physical agony he bore the pain of our evil choices. In the process he accomplished the redemption of every aspect of our being, including the body. He atoned for all the disorders to which the flesh is heir.

We cannot return to Eden, but Christ has opened the way to restoration of the original unity we were blessed with before the Fall. He calls us to struggle at every moment to act in conformity with God’s original intention so that we may one day come into the inheritance of our true identity.

“For what we are to become has not yet been revealed,” says St. John (1 John 3: 2-3). We know in part, with the eyes of faith, the eyes of hope, for we are told that in Paradise after the “resurrection of the flesh” we will be blessed forever with new and glorified bodies. Until then, the Lord assures us that his grace is sufficient for us.

He wants our bodies to express our complete personhood, either in the celibate life or in chaste spousal love. By supernatural grace dispensed through the sacraments of the Church and invoked through prayer, it is possible to learn to love fully, to understand what we once were and to look forward confidently to what we can become.

In Christ, the marks of our ancient defeat are transfigured. They are icons of the blessed unity which is waiting for us, and for which he paid the price. Our task is to cooperate with grace, to bear a part of the cross every day of our lives, to struggle against the very forces that stripped him naked and degraded his flesh.

In this struggle, modesty guards our personhood like a wall around a palace, and shame functions like an invisible watchman at the gates. Shame also begets repentance. Repentance breaks the grip of selfishness, and permits the work of real love to begin. And when Love has completed its work there will be no more shame.

We must not underestimate the urgency of this call to struggle, nor should we forget that our adversary is described by Scripture as the most subtle of all creatures. Christ calls us to stay awake and watch, maintaining a calm vigilance about the devil’s tactics, especially his particular interest in our children. The temptations usually begin subtly with “small” compromises, but we should realize that the enemy’s purpose is to gradually ease us toward greater ones.

The massive pressures of an immoral society make it difficult for us to resist, because it is in our nature to want our children to be happy. And the young can behave most unhappily when their desires to be in fashion with the times are resisted. But we must take the long view. God our Father wants our children to be happy eternally, and so we must keep their true happiness always before the eyes of our hearts.

The times are very ill, indeed they are nearly sick unto death. “The culture of death,” John Paul II called it. And by this he meant far more than the death of the body. Within the short space of a century, Western society has degenerated from a Christian culture to a despiritualized one, and from there it has further degenerated into a dehumanized one.

The next stage is the diabolization of culture, a process which has already begun. At this moment in the great war between good and evil, we must turn with renewed confidence to Our Lady, asking her for the particular graces of wisdom, prudence, and modesty for our young people. Daily we should invoke her protection against the spirit of the world and the spirit of our ancient adversary. If we do, she will help us see the areas of our lives where we have been deceived. She will help us find the better way, if we respond to her outpouring of graces. Then our children will learn to love more fully. And they will be loved for who they truly are.