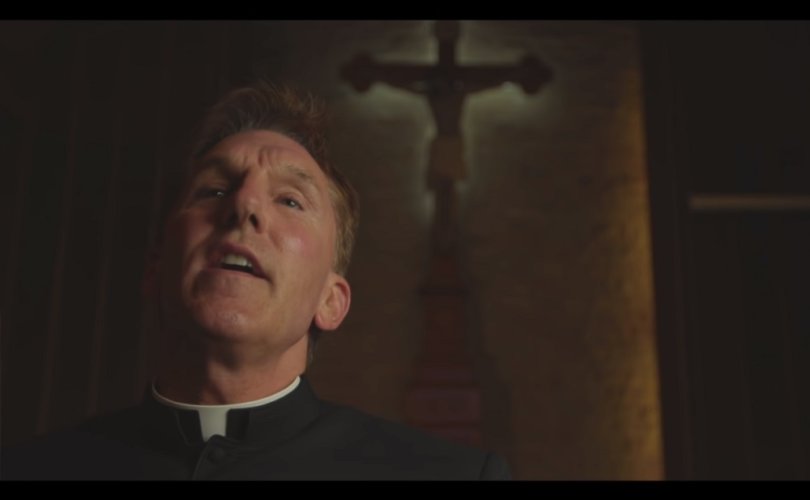 “There will be false teachers among you, who will secretly bring in destructive heresies, even denying the Master who bought them, bringing upon themselves swift destruction … Bold and willful, they are not afraid to revile the glorious ones …”

“It’s no wonder the faithful have lost confidence in the bishops, because so many of them did such a horrible job on the scandal and still to this day don’t say anything about the worst miscreants. Oh, but they sure will get all over a priest — instantly — who simply speaks the truth.”

September 15, 2020 (LifeSiteNews) — Today, ash rained down all around me while I pumped my gas. The sky was pea green. Yesterday, it was orange. I could not see the sun either day. Fires have been blazing around the vicinity of my San Francisco Bay Area home for weeks, and the level of smoke and debris in the air has hit critical mass.

While I hunkered under the scant shelter provided by the awning over the gas pump, the people around me went on about their business as though the veritable brimstone falling from the sky were a mere drizzle of rain. An SUV plastered in bumper stickers advertising the homosexual proclivities of its discordantly singing driver tore across the parking lot. Meanwhile, another driver piled out of a car blaring obscene rap music wearing a t-shirt emblazoned with a borderline-pornographic image — in full view of the children sitting in the back seat of the adjacent vehicle.

Is this how people behaved while Sodom and Gomorrah burned? I wondered.

After everything that’s happened this year, you’d think people would give more sober consideration to the Last Things — that they’d be at least a bit more concerned with making sure the eternal destinations stamped on their souls’ tickets were of a beatific nature. But all evidence suggests otherwise. Here in Gomorrah, even as we drown in ash and choke on smoke from the fires raging all around us, we’re still reveling in our sins, thumbing our noses at God, and castigating anyone who refrains from joining in the libertine fray.

Worse yet, we’re being egged on by the very “shepherds” who should be correcting our errors. Here in San Francisco, Catholic Charities was busy promoting “gay pride” throughout the month of June. Our archbishop, Salvatore Cordileone, is chairman of the board of directors of that organization. The selfsame archbishop has turned a blind eye to the scandalous antics of the notoriously pro-LGBT Most Holy Redeemer Parish — which did a “gay” version of the Stations of the Cross this past Lent — for his entire tenure, despite numerous complaints from the laity (including me). Meanwhile, in Washington, D.C., Archbishop Wilton Gregory publicly prayed for God to “bless those who take to our streets to protest injustice” — effectively endorsing the recent riots. And while forest fires blazed, the pope himself was preaching his pet gospel of “climate change” rather than the gospel of Christ.

The few priests who have the courage to address, and attempt to correct, our iniquities are immediately dogpiled by their viper “brethren” for being “uncharitable” or “divisive.” I’m thinking of Fr. James Altman, who had the audacity to state the simple fact that one cannot simultaneously be a faithful Catholic and vote for a political party that is drunk on the blood of aborted babies. He also had the courage to call out two specific DNC darlings who happen to wear collars — pro-LGBT Fr. James Martin, S.J. — who once tweeted “art” portraying Jesus as homosexual — and left-wing mouthpiece Archbishop Wilton Gregory.

Fr. Altman’s words ignited a firestorm. The laity lit up social media with both outrage and support. Fr. James Martin, never one to sit on his hands, tweeted several none too subtle responses regurgitating that worn out line of equivocal, empty verbiage every “Catholic” Democrat spouts for self-absolution: voting-is-a-matter-of-conscience-blah-blah-blah. He also, by his own back-handed admission, advised people to complain to Fr. Altman’s bishop:

Apparently, many people took Fr. Martin’s advice, and it didn’t take long before Bishop Callahan issued a very public bit of “private” fraternal correction, with the threat of canonical penalties if Fr. Altman doesn’t fall into line — thus proving exactly what Fr. Altman alleged in his now infamous homily: any priest who speaks truth is badgered into silence by the hierarchy.

The truths spoken by Fr. Altman — that one cannot simultaneously serve the God of Life and the Party of Death; that the left-wing agenda is contrary to the teachings of the Church — are actually no-brainers that we should be hearing from every priest, bishop, and cardinal, and yes, even the pope. But this is far from the case, and one need do no more than follow the money to find out why. The DNC funnels billions of dollars to the U.S. Conference of Catholic Bishops; the Obama administration alone was a $1.6-billion cash cow for the USCCB. After all, their lifestyles are expensive — and that money’s gotta come from somewhere. I mean, have you seen the places these guys live in?

And how about the Archbishop of Chicago?

It seems even the “modest” ones are pretty darn posh. This one sold for a mere $1.2 million:

Of course the hierarchy is invested in preserving the status quo, at best, and in promoting the leftist agenda at worst — it’s paying off for these bishops, big time. To call their flocks to repentance would require them to rectify their own iniquities — which, as we’ve learned from the endless scandals of recent years, are legion — or else face inevitable charges of hypocrisy from their flocks. They don’t want us to change because they don’t want to change. The more debauched society becomes, the more debauched they can get away with being.

Even as Gomorrah burns, they are reveling in their depravity, encouraging us to do the same, and attempting to silence all dissent.

For the time is coming when people will not endure sound teaching, but having itching ears they will accumulate for themselves teachers to suit their own likings, and will turn away from listening to the truth and wander into myths. (2 Tim. 4:3-4)

That time is here. But God will not be mocked. To whom will you listen?