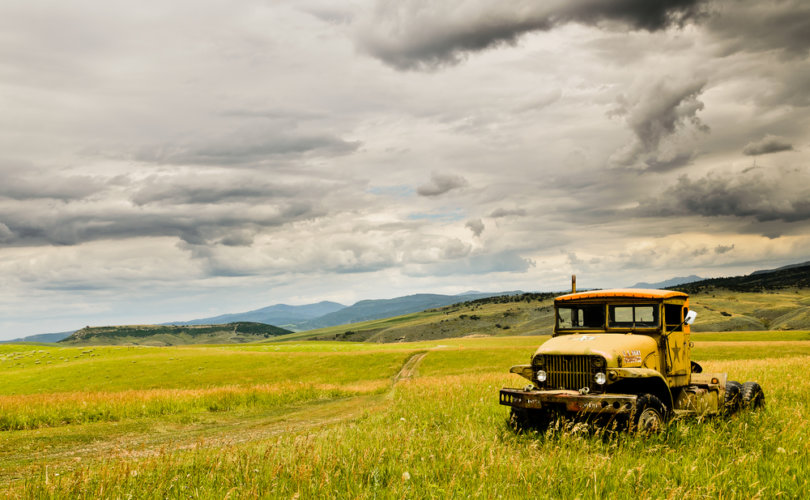 (RealClearWire) — America’s big auto companies, less than 15 years since they were bailed out of bankruptcy following the Clinton-Bush recession of 2008, are betraying the American people out of their greed for government cash and favor. Their “net zero” plans – in conjunction with the globalist dictators and the Biden Administration – include eliminating huge numbers of jobs and devastating major segments of the U.S. economy.

Insulting the vast majority of its member automobile owners, the American Automobile Association (AAA) hypocritically reports that “vehicle ownership, whether electric or gas-powered, is a personal choice.” But does AAA forget that our “choice” is rapidly being taken away by government in collusion with lenders and the auto industry itself?

The recently enacted (and ridiculously named) Inflation Reduction Act is a monstrous bribe to wealthy, mostly urban Americans with its $7,500 tax credit for purchasers of electric vehicles, plug-in hybrids, and hydrogen fuel cell vehicles ($4,000 for used vehicles) from January 2023 through December 2032. There are apparently no tax credits for battery replacement.

These credits are limited to vehicles “assembled” in the United States, and there are income and cost restrictions. But this abominable skewering of the marketplace cedes power to those who control access to electricity and away from individual choice. It also destroys ethanol manufacturing and sales, a major industry in the rural Midwest. There are no tax credits for farmers who will be losing a major source of their annual income.

Meanwhile, the Ford Motor Company has told its dealers that they will no longer be allowed to sell electric vehicles unless they agree to invest in regular training, install charging infrastructure, improve their physical and digital sales experiences, and publish non-negotiable pricing online. Ford would like to eliminate dealerships entirely but must wait until their lobbyists can overturn state laws that require vehicle sales to be through dealers.

Ford wants to move toward 100 percent online sales as they dismiss the direct sales partners that built the company brand over the past century. The goal is “no inventory… and 100 percent remote pickup and delivery.” Long-time dealers will be forced into repairs only. It is likely that the dwindling number of repair shops will not be allowed to have parts inventories, either.

If so, any repairs will have to wait for parts to arrive, increasing the downtime for vehicle owners and increasing the total cost (including rental cars) for repairs. Owners of internal combustion engine (ICE) vehicles are likely facing similar problems with parts and repairs. And it is not inconceivable that some new federal (or global) mandate will force all ICE vehicles off the road.

Ford is not the only culprit in this compulsory, undemocratic march toward utopia. While General Motors’ Cadillac and Buick divisions will be offering buyouts to dealers unwilling or unable to spend the money necessary to fully service electric vehicles, those dealers who do take the buyouts will only be allowed to sell Chevrolets. [We still miss Pontiac and Oldsmobile.]

Chevy committed to transition to an all-electric fleet back in 2017, though they recently announced they will continue selling some ICE vehicles for the time being. Similarly, Chrysler plans to be all-electric by 2028. Japan’s big automakers, too, are now looking to go electric within the next decade (except for Toyota, which must still believe buyers should have a choice).

None of this march away from reliable, proven ICE engines makes any sense to rural Americans, those who live in hurricane-prone areas, and anyone who drives cross-country. Farmers today can run their tractors off biodiesel made right down the road and drive to distant towns for groceries and supplies in their 20-year-old pickups. Hurricanes, earthquakes, and other natural and human-caused disruptive events can shut down electric power for days in large areas.

These decisions make even less sense to citizens of developing nations whose electric grids are spotty (if existent at all) and decades away from current First-World standards. How do you charge an EV if there is no electric power? Or if the power is on just a few hours a day? Or if there are only a few public outlets? Or if there are no EV-capable tow trucks or expensive, risky (due to fires and theft, for starters) repair facilities? Or maybe Africans should not have cars?

Is there no one alive who remembers the 1979 Arab oil embargo that exposed the weakness of relying on a sole source of energy to operate a major nation? After President Nixon’s price controls proved counterproductive, President Ford to little avail promoted expanding the use of coal and nuclear power and development of synfuels and oil shale.

The goal then was to reduce our national reliance on imported energy, but not until the Trump Administration did the U.S. achieve effective energy independence. And with a single stroke of a pen, President Biden began the process of forcing dependence on Chinese-made EV batteries, solar arrays, and even wind turbines while systematically working to destroy our nation’s oil and gas industry (following up on President Obama’s war on coal).

To date, there has been no national  – or international – debate on the eagerness of the driving public (or those who long for a vehicle to drive) to submit to this expedited, forced transition to electric-only transportation. There is no discussion on the logistics of accomplishing this likely unwise mandatory restriction on human freedoms. It is not allowed, not in the Congress, the media, or even corporate boardrooms. It is all being done behind closed doors by fiat.

There are far too many questions that have yet to be asked, let alone answered, at the decision-making levels of government and industry for these globalists to force upon the entire world an unproven, uncertain technology the supply chains for which are already overextended and which rely on slave labor for many of its raw materials. There are no answers at all as to why – if EVs are so wonderful – there is any need for mandates and prohibitions at all.

It was not that long ago that truckers in Canada were attacked by the Trudeau government for daring to protest against draconian COVID-19 lockdowns and mandates. The mere relocation of 50 border crossers from Texas to Martha’s Vineyard via Florida has caused major meltdowns by formerly “sanctuary city” leaders.

Imagine if 200 million internal combustion engine vehicle owners (or even 2 million) decided to work together to fight against the outrageous, unworkable, antidemocratic, and bankrupting mandates to force everyone into electric vehicles most cannot afford and do not want and to effectively exclude billions from being allowed to drive at all!

But where to start?

Republished with permission from RealClearWire.