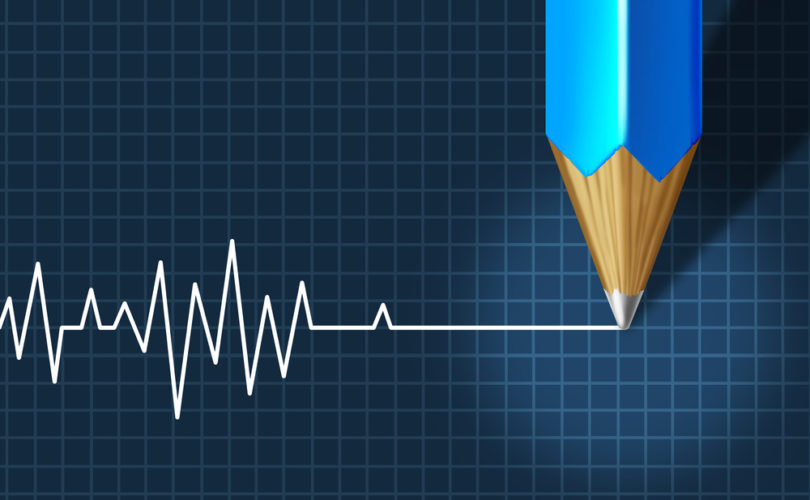 The phenomenon of suicide promotion on prime-time TV and social media is a development that clouds reasoned debate, covering it in a shroud of emotionalism. It lends itself easily to the use of euphemisms.

The recent story of Brittany Maynard is but one in a macabre procession of devotees recruited to the cause. Not, I suspect, with the intention to bring meaning to their personal circumstances, but to draw sympathy from the pathos for a cause that, without the emotional rendering and deliberately nebulous language, is not as popular or as compelling as its supporters would have us believe.

Australian journalist and author, Nick Cater, in his recent book, The Lucky Culture, provides an example of the kind of thinking that the pro-euthanasia, pro-assisted suicide movement wants us to take at face value. In discussing what he calls ‘the emasculation of sovereign power’ he tells this little anecdote about the European Court of Human Rights:

“The owner of a car company in Britain, for example, claimed his human rights had been violated when he was asked to identify a speeding driver using one of his vehicles, and took the case to the Grand Chamber in Strasbourg. After solemn argument, the case was rejected, but not before a dissenting judge had attempted to argue that the speed limit, not the driver, was to blame. It could not be fair and reasonable if so many people were prepared to risk criminal prosecution by breaching it. ‘Maybe the time has come to review speed limits and set limits that would more correctly reflect people’s needs…It is difficult for me to accept that hundreds of thousands of speeding motorists are wrong and only the government is right.’”

If the Brittany Maynard’s of this world or the Tony Nicklinson’s, Marie Fleming’s or (insert various others here) have a need, what right has anyone else, certainly not government, to interfere? It is not as simple as all that.

These celebrity endorsements aid this cause brilliantly. Who would want to appear to be uncaring and lacking in compassion, by criticising these fragile people facing such difficult circumstances?

It would seem to be anathema to much of the media and to Brittany Maynard that people like the eminent US palliative care specialist Dr Ira Byock could criticise the public furore surrounding Maynard, question her ‘choices’ (and offer an alternative choice), without attacking her personally and while still maintaining a deep sense of compassion for her and her circumstances. Byock, like most reasonable people, can ‘walk and chew gum’ at the same time. But that doesn’t serve the cause now, does it?

Let me make some observations along the same lines about Australian man, Peter Short. Mr Short has terminal oesophageal cancer and has only a short while to live. I have great sympathy with this man who, in all of his public advocacy for changes to the laws on euthanasia, has maintained a quiet dignity and pleasant, respectful demeanour.

Short recently appeared before the Australian Senate Committee looking into euthanasia and has also been raising funds through crowdfunding to produce a documentary ‘to ensure I have done the utmost I can for enabling Australians to have a medical choice, which is simply that, a choice they may never use for assisted death in cases of terminal illness like myself, and incurable illness and suffering.’

He is also promoting a petition. The wording reminded me of the Cater quote above:

“This affects every human and the absence of choice is one of the major concerns people have over their death. Give them the right to plan and be prepared and free them from the torment and suffering that exists at so many levels. Also face into the reality of what is happening in the community and endorse rather than criminalise it. Politicians should implement the needs of the people and the people overwhelmingly are demanding this right. (Emphasis mine. PR)”

That Short, like Maynard, is working closely with euthanasia & assisted suicide promoters in their locale is hardly surprising. Without any further knowledge about these relationships, I don’t want to crush the bruised reed by suggesting that these two people are being used solely to further a cause. Certainly, the death cults gain a great deal from these ‘creative associations’ but it is also likely that both Maynard and Short (and the many others) have and are deriving a benefit themselves. Whether it be that their campaigning provides them with a sense of achievement or gives some greater meaning to the imponderable question of “why them?” we cannot know.

Like Dr Byock I would want to encourage them to do as others have done; to use their circumstances to push for cures or to raise funds for research and to seek out support in their difficulties from those who can make their final passing comfortable with the dignity that they so clearly desire but without having someone else kill them or provide them with the means.

I would also want them to consider the old adage that John F Kennedy once attributed to GK Chesterton: “Don’t ever take a fence down until you know the reason why it was put up.” The emotive stories are important and no-one denies that people can speak their mind, but hard cases make for bad law and there are sound, well articulate defences for ‘the fence’ and the prohibition on killing or helping people to suicide.

It is one thing to argue in the first person for ‘my choice’ but something entirely different when that choice involves others and compromises the choices of others. That’s what a change in the law will create. While it may seem and may well be believed to be by Short, Maynard and others that their advocacy is altruistic – for the benefit of others – it is ultimately anything but that.

In all of this, I cannot help but think that this kind of ‘celebrity endorsement’ is really the preserve of an elite. I don’t use the word ‘elite’ as some kind of class-distinction, but consider: Short is a high-flying executive type with the world at his feet; Maynard is a newly married good looking young woman. There’s always something in these stories that pulls at the heart strings.

I think of my own recent experiences of ‘good deaths’. A teacher who battled heroically but went ‘gentle into that good night’ as Dylan Thomas called it. An old man, the last in his line, who simply slipped away quietly. A relative who shunned sedation because of concern for the welfare of the woman he loved. A mother of a large brood, ailing for some years, who passed peacefully to be with her beloved. These really are the great stories, but they’ll never make the pages of the newspaper or grace the screens of a current affairs program. Nor should they. They’re the stuff of life; precious memories held sacred by families and loved ones from which we draw strength and resolve to love and to live life well.

In that context, there’s something not-so-right about these ‘special cases’. Both Maynard and Short have expressed the sentiment that they don’t want to die in a palliative care setting. The suggestion is that this is no way to go for independent and vivacious people. Unintended, most likely, but nevertheless implicit in such a position is that we shouldn’t want that either. That the overwhelming majority of people – even people with the same prognosis as they – will die well with good care is not allowed to be considered here. It’s a very negative, almost subliminal message and one which forms the stock-in-trade of the likes of Philip Nitschke.

And yet the media portrayal of these stories sells us on the idea that these people are heroic, that we should look up to them, even thank them for what they are doing. I’m sorry but I don’t buy that. Reading from the pro-death cue cards and adopting their euphemisms does nothing for the standard of reasoned debate that we must have in such a grave and irreversible matter. That the public are starved of reasoned discourse is reason enough to dismiss the vox pops. That these endorsements cloud the debate even further is something that these ‘celebrities’ have probably not considered.

Maybe celebrity endorsements may one day win out. The squeaky wheel often gets the grease. But that doesn’t make it right and it doesn’t protect human rights nor does it further the principles of justice for all.

Dylan Thomas’ great poem mentioned earlier shows us a grieving son urging his father not to go, not to give up and succumb to the inevitable. Throughout it is nevertheless tinged with an acceptance of the reality of death and all that it can mean for the dying. Maynard and Short seem understandably to want to avoid these possible difficulties as Thomas did by proxy. This is deeply human and a sentiment that many will share, but as public policy it is a wrecking ball wreaking havoc at the intersection between black-letter law and the vagaries of the human condition.

Like Byock and many other commentators, I wish Brittany Maynard and Peter Short and their families all the very best. But, like all of us, they will one day be gone and the real issue of providing the very best in care for everyone, not just the few, will remain.