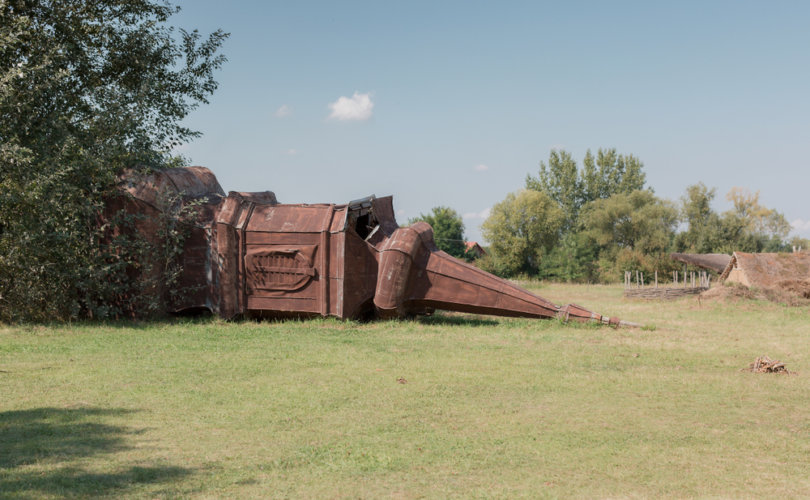 OLYMPIA, Washington, March 11, 2019 (LifeSiteNews) — A new religious war has started in America and Washington state, declared by the “Nones.”

The “Nones” (people with No Religious Affiliation), having grown in size and passion the past two decades, and after recently conquering and radicalizing the Democratic Party, news media, Hollywood, governments, and academia, have decided to openly battle and defeat their longtime enemies — faithful Christians, Orthodox Jews, and Muslims.

Also targeted is the Republican Party and those remaining groups, businesses, politicians, and other organizations who publicly support life, marriage, children, family, and public religious believers.

Danny Westneat, an influential Seattle Times writer and self-declared None, is not shy about sharing his hostility for Christians and their supporters, like the Republican Party. Brazenly, Westneat recently advised the GOP that they needed to “dump God” if they ever wanted success. Danny’s friendly advice is one thing, but the real bullying, intimidation, and economic or political terrorism being practiced by the Nones, the Democrat Party, and the libertine, LGBT, abortion, feminist, and socialist movements are real.

The Nones now automatically attack or silence all religious believers, their businesses and organizations, and public supporters until they are either co-opted or destroyed. It is not enough for a person or government or leader to be neutral or silent. One now must openly support these issues or beliefs, or you will be marginalized or ruined.

Trust me on this, I was a 24-year Democratic Party member and seven-term legislator, and I saw up close how the Nones and their “take no prisoners” allies took over the Democrat Party, the shrinking left-leaning Christian denominations, and related groups in the last 40 years. Now, they’re coming for everyone else!

Today, the great majority of religions still believe, and science agrees, that lifelong, monogamous, heterosexual marriage — lived within a faith tradition that promotes marriage, family, and children — better ensures prosperity and true happiness for a person, their children, family, and community.

These also believe that parents, local communities, and governments should discourage deadly vices like drugs, abortions, child sexual activities, and improper sexual promiscuity such as adultery and LGBT activities. They are sinful to God and harmful to children, marriages, families, and society. They also believe that children must listen, honor and obey their parents and “God.” These are the “facts” of most religious organizations in America and across the globe.

Our country was founded on these principles, and they are the foundations for Western Civilization and American culture. These values and truths were so successful, that the vast majority of countries and cultures on every continent have embraced them.

Unfortunately, things have changed here in Washington and the state capital. The Nones, now owning the Democrat Party and recently having elected large majorities in both the House and Senate, have unleashed a wave of legislation that will reverse the progress of 3,000 years of western Judeo-Christian culture and civilization. This legislation is directly aimed at harming children and religious believers.

The worst of these bills is SB5395, The Child Sexual Indoctrination Bill moving ahead in the legislature. The “Nones” and their Democrat allies will soon teach all school children that their parents and their religious beliefs and communities are sexist, bigoted, homophobic, and hateful because they reject the secular libertine culture that the Nones want to force into our culture and country.

Even worse, with SB5395, even the words and the reality of “men” and “women” have been replaced by the never-ending number of gender categories. Soon, just calling men and women what they are and using the related pronouns will be considered a firing offense or hate crime in Washington.

The advocates say this bill is “inclusive” and is just presenting sexuality information the students want “discussed.” That teachers will just present “facts” and is concerned about “school safety.”

Hogwash! They will only teach and indoctrinate the “facts” that support their libertine culture. The “facts” that most religions accept will never be “inclusively” taught by the “Nones” running our public schools and government agencies!  With SB5395, they will usurp local control to indoctrinate children starting in Kindergarten on their destructive beliefs about sex, gender, abortion, family, religion, and morality. Gender Disorder, historically a serious delusion and mental illnesses until seven years ago, is now considered normal behavior where school children will be encouraged to undergo irreversible genital mutilation.

The Nones’ radical agenda attacking religious believers will also be advanced with 10 other bills moving in Olympia. To highlight two bills, under the guise of helping children avoid punishment or shame, with HB 1775, children under age 18 would be able to legally engage in prostitution, and by HB 1742 they will be allowed to possess freely, distribute, print and display child pornography of themselves without consequences.

How soon before we can expect child pornography and prostitution to be “factually” taught in the school’s sex-eEd, business, or photography programs because the students want it “discussed” or for “school safety?” How soon until “safe child prostitution sites” are collocated with the safe heroin injection sites currently being set up in King County under the guise of “public health safety?”

These destructive bills will encourage and teach children to hate, disobey, and rebel from parental and faith community authority. Instead of bringing children closer to moms and dads and extended family, they will bring division and separation. They will end up destroying the two most critical relationships a child needs as they transit the turbulent and dangerous teen years into mature, stable adulthood — their relationship with their mother and father.

These bills will accelerate the growing nihilism, narcissism, despair, broken relationships, drug use, and suicide, which are not just harming our educational and human service systems but also children, families and our wider society.

I am reminded of the scary fable about the Pied Piper from Hamelin from my childhood. “Eat, drink, and be merry kids, dump God and parents, and come follow me!” cried the Pied Piper of None as he leads our children away, “Government, not mother and father, knows best!”

This ideological war the Nones are fighting is not new but is part of a longer 3,000-year-old culture fight that began with the early Jewish prophets. It was thought won over a millennium ago with the rise of the Judeo-Christian Western Civilization, but now they are back.

How can faithful Christians and faith believers win this fight?

We must unite and let our light shine!

We must do the same!

First, “a house divided cannot stand.” It is time for Christians, Muslims, and Orthodox Jews to wake up to the common threat, put aside our differences, and unite to defend our common values against the Nones. All religious believers desire a state and community that allows God and faith to flourish without fear of persecution, so we must unite, and we must work together!

Next, we must recognize that we have failed our God by placing our light under a basket. We fight not just against the Nones and the Democrats this session, but against forces we can’t comprehend.

So join this fight to save our children and family, and fight for our God, and the kingdom of Jesus Christ here on earth!

Let us go forth two by two, into every town and place, into the town halls, school board meetings, legislative committee hearings, social media sites, letters to editors, parades, and rallies and demonstrations.

Let us meet our enemies with prayers, kindness, and love, and loudly and boldly proclaim the “Good News” to the Nones and our neighbors, and let our light shine brightly in the public squares of our communities!

Let us make disciples of all nations, baptizing them in the name of the Father and of the Son and of the Holy Spirit, and teaching them to obey everything that Jesus has commanded.

Mark Miloscia is executive director of the Family Policy Institute of Washington.