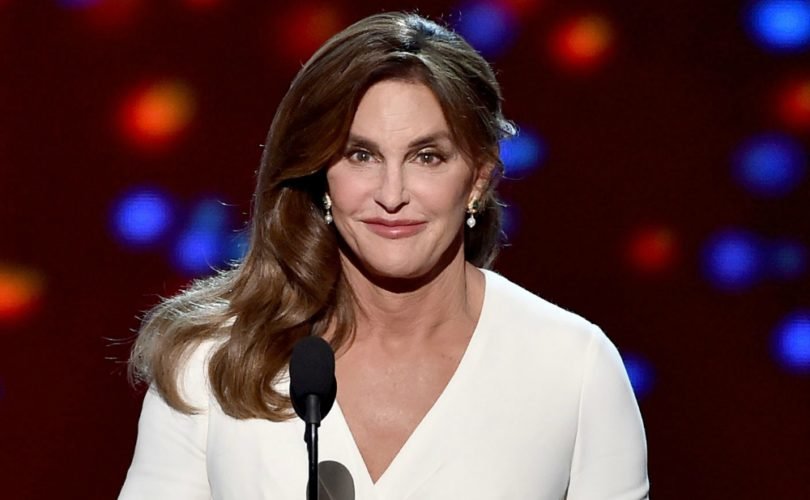 Sept. 14, 2015 (LifeSiteNews) – I recently wrote an article about a high school girl who considered herself transgender, and, with the help of the American Civil Liberties Union, sued for the right to use the boys' bathroom.

The young lass, Caitlyn Hope Grimm, had decided, in her words, “I am a boy,” and just last year had her name legally changed to the masculine “Gavin” Grimm.

I spent the usual amount of time on the article, but then tried to find out the lady's birth name.

I had no idea the length the media had gone to keep Caitlyn's birth name from the public.

I spent hours trying to find, in articles and blog posts and videos, her given name. Just to find her name. Not a single media outlet had mentioned it, even though Caitlyn had changed her name less than a year ago. There was even some stories in the media about a birthday party with her given name on the cake, where she wiped out the name and declared her masculinity. But not a peep about the name on the cake –the name she had for sixteen years. The name she was trying to eliminate. The name she was given. Her real name, born as a female.

I checked court documents, looking into the ACLU suit itself. No mention of the girl's female name. I even called the Gloucester county school board, but was told by a board member that the original name of the student could not be shared.

I called my boss, LifeSiteNews' U.S. Bureau Chief, and shared my frustration. He said it's indicative of our culture today, particularly in the mass media, to hide the truth for the sake of the gay agenda.

Finally, after giving up and finishing the article, I thought I'd blindly check additional court records for name changes in 2014. And there it was: Caitlyn Hope Grimm petitioned the court to have her legal name changed to “Gavin.”

I rewrote the article and submitted it. But it confirmed to me a sense I've been feeling for a long time:

Homosexuals, with the media's help, are at war with reality.

When Olympian Bruce Jenner posed in women's underwear on the cover of Vogue, the president of the United States called him “brave” and “courageous.” The headline read, “Call Me Caitlyn.”

From that time on, anyone who dared speak the truth that Bruce Jenner is a man, or that any transgender person is the sex of their chromosomes, was vilified.

Dr. Michael Brown of the Line of Fire radio program tweeted, “My heart goes out to Bruce Jenner, and when he says, 'I am a woman,' I hear him saying, ‘I am deeply confused and hurting.'  Let's pray for him!” Responses to Dr. Brown's tweet were illuminating. To mention only a few of the mentionable ones:

“You are a horrible human being.”

“F— you, you disgustinhg saliva gerbil!”

“All I hear is a bigoted old man”

“F— YOU.  I don't have the patience for this nonsense anymore. You are the epitome of everything that's wrong here.”

Some of the responses were simply all curse words, directed at Dr. Brown, for calling for prayer for Bruce Jenner.

When Nicolodean star Drake Bell tweeted, “Still call you Bruce,” the backlash was unrelenting. “U r a transphobic piece of garbage,” one responder wrote.

Matt Walsh of The Blaze astutely noted, “GLAAD applauded Bruce for being his 'authentic self.' Tragically, they weren't trying to be ironic. A digitally modified, cosmetically altered, manipulatively posed, chemically tampered with, basically cartoon image on a magazine cover is now 'authentic,' according to the terminally dishonest folks in the gay and lesbian activist camp.”

ABC News even changed the pronouns of one person interviewed: “I don’t care what [she] did with [her] life because that’s [her] personal choice,” one resident told ABC News.

“This is a battle for reality,” Walsh wrote (and he's right). “If we live in a country where confusion, perversion, and self-worship reign supreme, what's the point? America will already be dead.”

Folks who follow the party line of political correctness even go so far as to help the confused create their own false reality. Gabby Wilson's popular blog put it concisely: “Caitlyn Jenner is no longer a he. He does not exist… She has had surgery, which made her into a woman.” As if being a woman is simply a matter of body parts.

This is harmful and unloving to the gender-confused person. The one thing a gender confused person needs is validation of who they truly are. We only assist their confusion by affirming a false self, born out of inner turmoil. What they need most is precisely the opposite of what they are pursuing, and we are harming them when we go along with the fantasy self.

Bruce Jenner is not, will never be, and can never be a woman. His body, soul, and spirit – his very nature – is masculine. And peace will only come for him when he comes to accept who he is, as God created him.

This popular denial of reality – of our created nature as male and female – does not help the transgender person find peace with him or herself. Studies repeatedly show that transgender people who seek to become the opposite sex are in fact not happy or fulfilled.  In fact, a life-or-death internal war is continually going on within, to the degree that, tragically, 41 percent of transgenders try to kill themselves.

It is simply illogical to, on the one hand, say that it is important and healthy for people to psychologically and physically accept themselves, while on the other hand, use that very philosophy to help them reject who they are. It’s madness; psychological suicide. The only healthy way to help gender-confused people is to affirm and love them the way they were created.

Wilson blogged, “It is so important for someone who is going through a change this big to feel like their new identity is validated.” But what is truly needed is love and affirmation of who they are, which is how God made them, male or female.

So… who are the ones that genuinely care about transgenders?