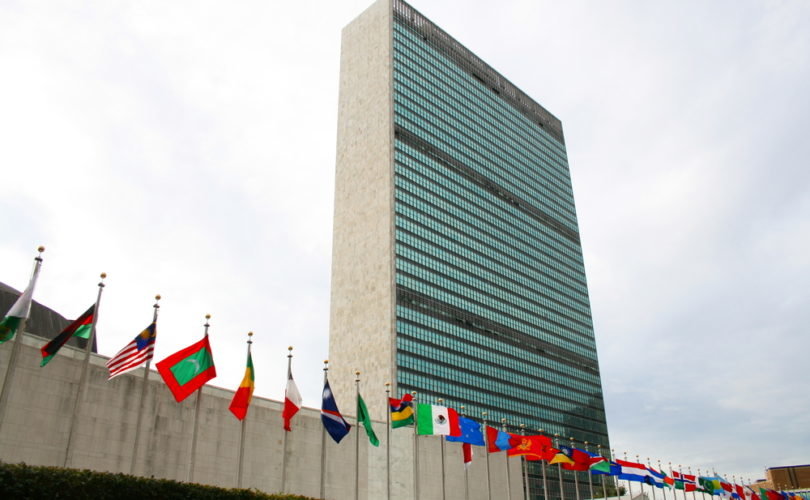 July 20, 2015 (HLI) — We should all be concerned about the United Nation’s Sustainable Development Goals (SDGs). What are they? A series of worldwide “development” goals and targets conceived and promoted by the UN for the period 2015-2030 as an expansion and follow-up to the UN’s Millennium Development Goals (MDGs) for 2000-2015.

Though they have not been completely finalized yet, it seems increasingly certain that there will be 17 SDGs (as opposed to the eight MDGs). The first SDG reads: “End poverty in all its forms everywhere.” From there, SDGs include eradicating hunger, keeping humans healthy, and expanding educational opportunities for all.

However,  the fifth SDG states: “Achieve gender equality and empower all women and girls.” Under that heading is a vast malevolent target which essentially “ensures universal access to sexual and reproductive health and reproductive rights.” That is UN-specific language calling for universal access to abortion and others services geared for population control efforts.

Many of the SDGs focus on environmental concerns, reflecting the fact that they were conceived at the Rio +20 UN conference – an event conveniently held on the 20th anniversary of the Rio “Earth Summit.”

Why are the SDGs significant and not just ineffectual rhetoric? As in most UN initiatives, behind the utopian vision, platitudes, and specialized jargon, there is a cold hard fact. Billions upon billions of government issued funds will be poured into implementing the SDGs. In fact, all international non-government organizations (NGOs) are lobbying for these funds, including the population control advocates.

Sadly, an influential current within the Environmentalist Movement sees human beings as a cancer on the planet. “Zero Population Growth,” the deceptively named group founded by Paul Ehrlich, is now called “Population Connection.” Their mission, however, remains unchanged: reduce the world population to a level that can be sustained by Mother Earth. In other words, implement draconian population control tactics like sterilizing most people and aborting the majority of preborn babies.

Isn’t it interesting that the population myth and mission arise from the discredited man who screamed in his 1968 best-seller The Population Bomb: The battle to feed all of humanity is over? A premise based on the fear that “hundreds of millions of people will starve to death (in the timeframe of the 1970s) in spite of any crash programs embarked upon now.”

When the UN gathers in New York this September to finalize the Sustainable Development Goals, pro-life governmental delegations and non-governmental organizations (NGOs) will have to be aggressive to oppose the inclusion of abortion-promoting code language. A prudent and responsible stewardship of creation must be supported in the SDGs. Eco-radicalism, with attendant hatred of humanity cannot be accepted.

Please join me in praying for these efforts and also for the conversion of Paul Ehrlich. At age 83, the ideological Pol Pot of eco-population control will meet his maker soon and runs the risk of fulfilling his doomsday predictions of an extremely hot climate for all eternity.