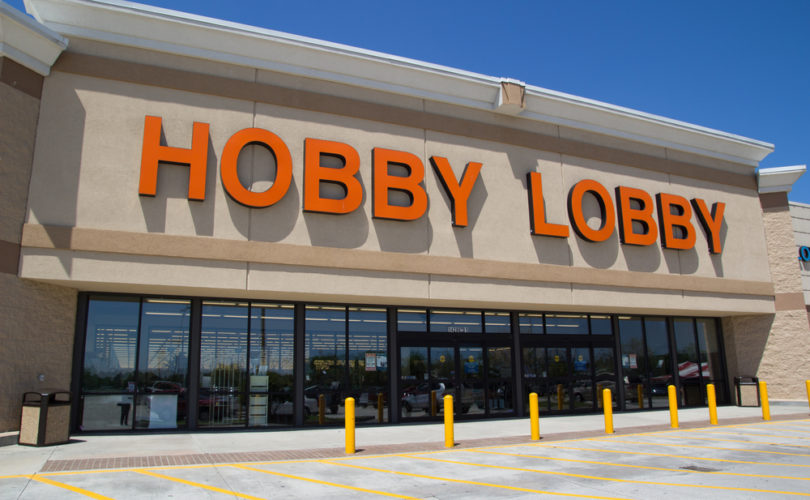 Today’s decision in the Hobby Lobby case represents a huge win for religious liberty in America, and the 5-4 decision will now stand as a landmark case that will reshape the religious liberty debate for generations to come. At the same time, the deeply divided court also revealed in startling clarity its own internal debates over religious liberty — and that division of understanding at the nation’s highest court is very disturbing indeed.

Writing for the majority, Justice Samuel Alito declared that the Obama Administration had profoundly failed to meet the demands of the Religious Freedom Restoration Act [RFRA] and, more importantly, the demands of the U. S. Constitution. By mandating that corporations provide all forms of contraception or birth control for all female employees at no cost, the government had burdened the consciences of the Christian owners of Hobby Lobby, Mardel, and Conestoga Wood, the three corporations involved in the decision.

The Court restricted its decision to “closely held” private corporations. Hobby Lobby and Mardel are owned and operated by the family of David Green, who with his wife Barbara, began the company in their own home. Though much smaller than Hobby Lobby, Conestoga Wood is also a privately held corporation. The Green family is a bulwark of evangelical Christian conviction and generosity. The company pays its employees about twice the minimum wage, closes on Sundays, and references the Christian gospel in advertising. All along the way, the Green family makes clear that they are driven by Christian convictions in their corporate policies.

Similarly, Conestoga Wood Specialties operates on the same convictions. The Pennsylvania company is known for its quality wood products. It was founded by a deeply committed Mennonite couple, Norman and Elizabeth Hahn, who continue to operate the business with their three sons.

As the majority opinion in the case made clear today, one of the largest questions hanging over the decision is this: Why is the Obama Administration so deliberate in attempting to violate the religious convictions of Americans on the contraception and birth control issue?

Today’s decision is yet another repudiation of the heavy-handed and blatantly unconstitutional overreach of President Barack Obama and his administration. The President could have covered contraception and birth control under any number of other means which would not have specifically targeted religious liberty. Instead, the Obama Administration appeared to take the route most likely to trample upon religious liberty and offend Christian conscience. Today’s decision is another rebuke of the President and his approach, coming just days after a set of cases in which his arguments were repudiated by the same court in 9-0 decisions.

Furthermore, the President faces the looming threat of even greater rebukes to come. His administration continues to violate the convictions of Christian non-profit organizations and ministries on the same grounds. He faces lawsuits coming from a massive collection of religious non-profit ministries, ranging from evangelical colleges and universities to the Little Sisters of the Poor, a Roman Catholic charity. Today’s decision makes the victory of those groups very likely.

First, the Court’s decision affirms the central importance of the Religious Freedom Restoration Act of 1993 [RFRA]. Interestingly, that Act was made necessary by the Court’s own 1990 decision in Employment Division v. Smith, in which the majority opinion had been written by Justice Antonin Scalia, who joined with Justice Alito in the majority for Hobby Lobby. Responding to that decision, Congress passed RFRA, demanding that any law or policy of the federal government that would violate a citizen’s religious convictions must pass two key tests: It must meet a compelling state interest, and it must do so by “the least restrictive means of furthering that compelling state interest.” As Justice Alito stated, Hobby Lobby and Conestoga Wood did not protest against the compelling state interest of the contraception coverage — only against the four specific birth control products that were mandated. Justice Alito and the majority rightly concluded that the Obama Administration had utterly failed the second test. There were any number of alternatives the administration could have taken that would have accomplished its goals without burdening conscience.

What makes this especially important is the fact that RFRA passed in Congress without a single dissenting vote in the House of Representatives and by a 97 vote majority in the Senate. RFRA had massive support within Congress and public opinion at large. And yet, just 21 years later, it seems that many Americans would gladly violate the religious liberties of some in order to advance liberal social policies for others. Today’s decision underlines the importance of RFRA, but it also demonstrates the massive task of defending religious liberty that lies ahead.

Second, Justice Alito reminded all Americans that the designation of any corporation, whether commercial or non-commercial, is vital to individual liberty. Many Americans seem deeply confused about this, but as Justice Alito reminds us all: “A corporation is simply a form of organization used by human beings to achieve desired ends. An established body of law specifies the rights and obligations of people (including shareholders, officers, and employees) who are associated with a corporation in one way or another. When rights, whether constitutional or statutory, are extended to corporations, the purpose is to protect the rights of these people.”

So American corporate law protects the rights and liberties of the people associated with Hobby Lobby and Conestoga Wood — but also for the corporations known as Planned Parenthood and Greenpeace. The Court rules today that there is no basic distinction between closely held for-profit and non-profit corporations in this regard. As Justice Alito observed, the dissenting justices did not even really make any clear argument in defense of such a distinction. The Hobby Lobby decision applies only to closely held private corporations, not to publicly traded companies. The Green and Hahn families, the Court ruled, did not surrender their religious liberties by establishing a for-profit corporation. The same is true for your local kosher deli. This is an important win for the religious liberties of all citizens.

Third, the lead dissent from Justice Ruth Bader Ginsburg reveals a massive ideological divide on the Court that mirrors the divide within the nation at large. Her dissent leads with concerns about the need for contraception and birth control for women and proceeds to dismiss the Christian convictions of the Green and Hahn families as “too attenuated to rank as substantial.” She ignored the fact that the Obama Administration’s policy required the families to facilitate what they believed to be morally wrong, when the government could have accomplished the same result without this requirement.

In one of the most important passages in Justice Alito’s majority opinion, he sets the issue very well:

The Hahns and Greens believe that providing the coverage demanded by the HHS regulations is connected to the destruction of an embryo in a way that is sufficient to make it immoral for them to provide the coverage. This belief implicates a difficult and important question of religion and moral philosophy, namely, the circumstances under which it is wrong for a person to perform an act that is innocent in itself but has the effect of enabling or facilitating the commission of an immoral act by another. Arrogating the authority to provide a binding national answer to this religious and philosophical question, HHS and the principle dissent in effect tell the plaintiffs that their beliefs are flawed.

That is a stunning rebuke and a much-needed clarification. Justice Alito defended religious liberty and revealed the deep divide on the Court and in the nation — a divide in which some Americans are willing to trample religious liberty under the boot of sexual liberty, and to dismiss all arguments to the contrary as “too attenuated to rank as substantial.”

Some Supreme Court decisions are considered landmarks, even as they are handed down. Today’s Hobby Lobby decision ranks among those. Just consider the fact that had the Court ruled otherwise, religious liberty in America would have taken a very direct hit from which it may well have never recovered. The public debate revealed all over again the fact that we are in a great and enduring battle for religious liberty, for the sanctity of human life, and for an entire range of concerns that are central to biblical conviction. Today’s decision does not settle those issues, but it does represent a much-needed defense of our nation’s cherished “first freedom.”

For that, at the very least, we must be thankful.