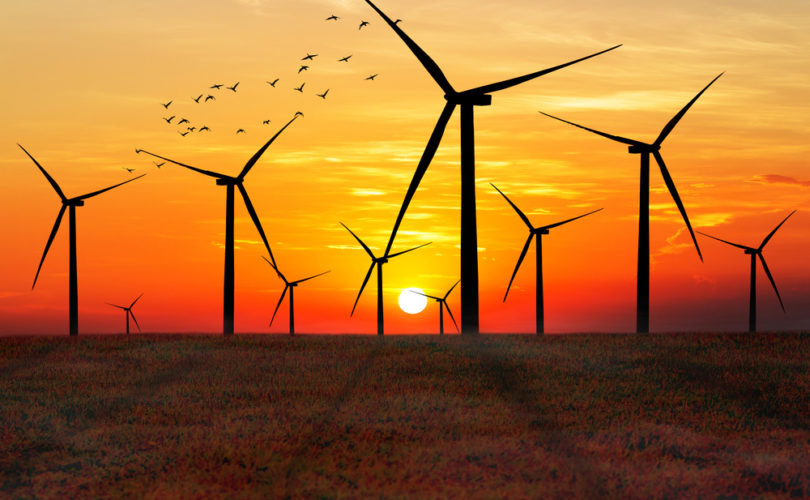 May 31, 2021 (American Thinker) – I’ve always thought the green energy movement was BS.  I read, early on, about birds dying because of solar “farms” and wind turbines. Reading about it again today as I started to write, I learned that the number of birds killed by large solar farms and wind turbines now equals an astronomical 2.9 billion. The process of procuring energy with either of these means seems recklessly cruel to wildlife.

“Green” power is also inefficient. The need for backup power to use when the sun doesn’t shine and the wind doesn’t blow means costly firing up of alternative means of power or risking brownouts. Those fossil fuel power sources, when allowed to run continually, cost far less versus intermittently powering them on.

Add in the problems with battery-operated vehicles, and the whole self-righteous green movement should simply turn brown and wither to nothing — and that’s exactly what it would do, absent giant government incentives and subsidies and municipal mandates such as Reach Codes, which require adding solar (and other things, from a laundry list of greenie ideology, depending on project cost). These codes also prohibit gas hook-ups in new construction on the grounds that gas is a pollutant.

In the last few days, I’ve read a couple of articles that restarted my thought processes about the green movement's human cost. Not that I hadn’t thought about that cost when people were freezing to death in their homes in Texas this winter, because (gasp!) turbines froze and snow and ice fell on the solar panels, making it impossible to heat air and water in an electric home.

I also thought a lot about John Kerry's quip about laid off pipe workers turning to solar panel manufacturing. I knew that it was a blatant lie because it’s a fact that most of the panels are produced by Uighur slaves in China.

As outlined in an article in American Thinker just the other day, child slaves in the Congo mine the cobalt for our “green” car batteries. As well, China, which now produces 90% of all rare earth minerals, many of them used in battery production, is buying up rights to mine them in Africa and in Greenland.

Given China’s track record in its home country, which has been to cause enormous pollution when extracting these products, there’s little hope that they will be more circumspect elsewhere than they have been at home. We have rare earths here in the USA, but we realize that extracting them pollutes the groundwater in an alarmingly bad manner, so we’ve opted not to mine them.

If you think about green energy logistics, really think about them, they are absurd. Take traveling in an E.V. The same American Thinker article calculated an extra four days needed in a trip across the USA to charge car batteries.

This article tries to spin E.V. travel positively, but it’s so contorted as to be laughable. It also notes that batteries degrade “over time” so that the “great” 100-mile charge now could be less later. I can testify to that, for I bought a hybrid in ‘09, and my mileage has diminished by a third even though I have fewer than 50,000 miles on the car. Once that battery is dead, it makes for more problems, too. First, the car’s worthless, no matter its low mileage. Second, the battery must be recycled, a near impossible feat.

The difficulty of recycling batteries, once they’re no longer useable, is a huge problem. We are creating slag heaps of toxic garbage. My chemist friend tells me they’re working hard to produce sulphur batteries, which apparently don’t need the rare earth components and are easier to dismantle and recycle. They’re not yet commercially viable.

Recycling solar panels is going to be a huge problem, too, as they have a lifespan of about 30 years. Not many have reached that point, but it’s coming, and soon. Wind turbines are a bit less dicey. They just seem to cause a huge amount of landfills, as opposed to toxics. This means some creative minds will figure out something good to do with them…maybe.

The only thing propping up the green movement that I can see is politics and “free” (taxpayer) money to subsidize it. This forced pivot to inefficient energy will have huge consumer costs, and it is destructive to human, animal, and bird life on the planet we love.