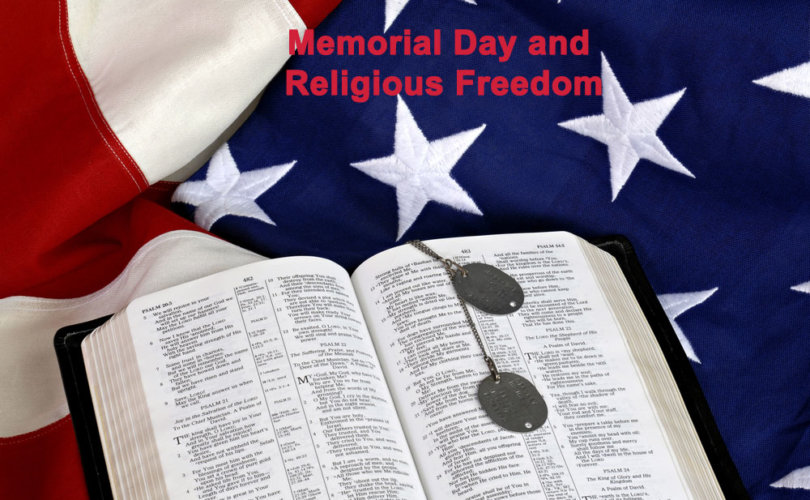 FRONT ROYAL, Virginia, May 27, 2016 (HLI.org) – After decades of catastrophic birth rates — the consequence of birth control and abortion, disdain for the natural family, the rejection of God and natural law, and population decline paralleled by an aging society — Europe is facing a cultural, demographic, and economic crisis. This does not only impact the lives of Europeans; it also has far reaching global repercussions.

It is said that North America is 10-15 years behind Europe. What we see dramatically unfolding in Europe is a potential forecast of what we are to face, if unchanged. The United States is on a collision course with reality if we don't learn from Europe's mistakes. The U.S., for example, has seen the total fertility rate in the last several years sink below replacement level.

In February 2003, the first 15 draft articles of the constitution for the European Union were released. They contained references to member countries' national identity and to human rights, as well as commitments to social justice and the environment, but they contained no mention of God or religion. As Pope St. John Paul II, Pope Benedict, and others pointed out, it was a clear rejection of Europe's fundamental root in Christianity.

Pope John Paul was not surprised at the draft. Like millions in Europe, he experienced first hand the consequences of an ideology that rejected God, the Church, and Christian anthropology. In November of 1982 he called upon Europe to reclaim its identity:

I, Bishop of Rome and Shepherd of the universal Church, from Santiago, utter to you, Europe of the ages, a cry full of love: Find yourself again. Be yourself. Discover your origins. Revive your roots. Return to those authentic values which made your history a glorious one and your presence so beneficent in the other continents.

These challenging words of Saint John Paul II addressed to King Juan Carlos of Spain and representatives of European organizations and universities reminded them that Europe could still be a beacon of civilization to the world if she reclaimed her proper identity. Europe's history is fundamentally rooted in the spread of the Gospel. Her history is incomprehensible without Christianity, which shaped her culture, expansion, and global influence. Her soul is Christian, and her land eventually became the home of religious freedom, justice, liberty, respect for life, and the dignity of the human person.

Sadly, western and central Europe, as recently witnessed with Ireland's legalization of homosexual unions and allowance of abortion in certain cases, continues to reject its Christian roots and embrace secularism. She places excessive weight upon economic “progress” through individualism, materialism, and hedonism.

Eastern Europe, on the other hand, continues to show signs of transformation. In Romania, a petition was submitted recently with three million signatures demanding that natural marriage be protected in law. Poland has elected a Christian and patriotic government, and finds itself under attack from the West for exercising its democratic rights. My own recent mission trips to Slovakia and Belarus also reveal hopeful signs of a culture radically attempting to reclaim its root identity in Christianity and the centrality of life and the natural family. Having had radical atheism and the evils of contraception and abortion imposed upon them by ideological systems opposed to God, Eastern Europe is emerging from under this shadow.

The United States has, even at the local level, unfortunately embraced the secular mentality of western and central Europe.

– At East Liverpool High School in Ohio, graduating students were refused the ability to pray the Lord's Prayer in their commencement ceremony – a 70-year tradition. The Wisconsin-based Freedom from Religion Foundation, forced the removal of the prayer from the program. Courageously, Valedictorian Jonathan Montgomery ignored the totalitarian mandate and led his classmates in the prayer. The response of the school board president is to have a non-denominational service next year.

– To honor the fallen heroes remembered during the up-coming Memorial Day celebration, a display of 79 handmade crosses were erected in Hiram, Georgia, representing the 79 Paulding County residents who died defending America's freedom. One anonymous caller voiced discontent with the Christian display – the use of crosses – prompting the City Manager to have them removed.

– Even the mighty State of Texas is not exempt from the onslaught against religious freedom. Abundant Life Fellowship Church in Corpus Christi wanted to build the tallest cross in America on their campus, but an atheist activist, Patrick Greene, objected. Greene filed suit in district Court, insisting that the 230-foot cross to be erected off of Interstate 37 gave preference to religion. Abundant Life Fellowship had to explain in court why it was perfectly constitutional to build a cross on church grounds; fortunately, Judge Missy Medary agreed and tossed out the claim.

From these local battles to President Obama's insane Soviet-like diktat forcing all public schools to allow boys to use girls' bathrooms or lose funding, we have ample reason for grave concern. The ultimate consequences of such bombardments are unknown; however, we have seen through the US judicial system, state and federal legislation, and executive mandates from the President, a rejection of constitutional rights to religious freedom. The Obama administration's legal war against the Little Sisters of the Poor may have failed, for now, but the intention of our political class is clear.

As we celebrate Memorial Day this weekend we rightly give thanks for the sacrifices of those who gave all to defend our country and our freedoms. Gratitude and humility are the only just responses when one learns of the tremendous sacrifices of our military and their families. A further response demanded of us, however, is courage and perseverance. We owe it to those who died for these freedoms, those who enjoy what remains of them today, and those who will come after us, to fight for them however we can, given our state in life. Let us first, however, pray for wisdom and peace — the true peace of Our Lord, Jesus Christ — to be our goals.

This article was originally published by Human Life International and is re-published today with permission.

Christian colleges & gender identity: the next assault on religious freedom?

Governor Deal caves: the terrifying implications of his veto of the ‘religious freedom’ bill