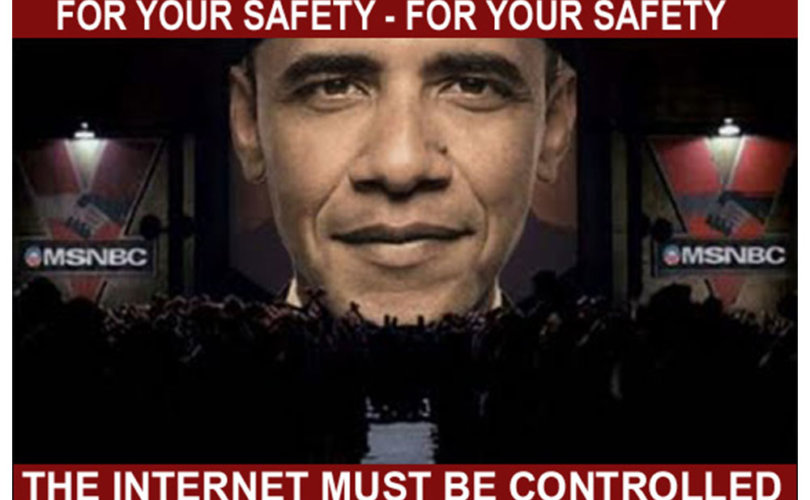 July 9, 2016 (American Thinker) –We are living in revolutionary times.  Much of the responsibility for this social ferment is due to the revolution in communications.  This is the glasnost, or openness, that helped to bring down the Soviet Union.

At one time, an elite could have almost total control of the dissemination of information.  Millions of people could be intentionally starved to death without media attention.  For decades, three television networks and two major newspapers had a virtual monopoly on the news.

The events in Cologne and other European cities threatened Angela Merkel's and the EU's refugee policy.  It was not the events themselves, but public knowledge of these events that had to be prevented.

The initial press release from the Cologne police read: “A mood of exuberance – largely peaceful celebrations.”  Yet one witness claimed, “Well seasoned police officers then confessed to me that they never saw something like this in their entire life. They called it a civil war like situation.”  Apparently, the police were under pressure to deceive the public.  A police officer claims he was instructed by the Ministry of the Interior to rewrite his reports omitting to word “rape.”

Accurate reporting of the events in Cologne by the media took four days.  This led the Deutsche Wirtschafts Nachrichten to claim that the police were lying.  Information was leaked to the press, which led to an investigation to find the whistleblowers.  They face up to five years in prison.

The media has also been reluctant to report on crimes committed by refugees.  The ZDF (Zweiten Deutschen Fernsehens) apologized for not reporting on the attacks until four days after they occurred.  ZDF Editor in chief Ina-Maria Reize-Wildemann explained, “We don't want to inflame the situation and spread the bad mood. [The migrants] don't deserve it.”

Prior to the Cologne incident, Angela Merkel was working to restrict the information available on the internet.  In September 2015, Merkel met with Facebook's Mark Zuckerberg at a U.N. summit in New York.  On an open microphone, she asked him to curtail speech critical of “the wave of Syrian refugees entering Germany.”  Zuckerberg responded “We need to do some work.”  Merkel asked, “Are you working on this?”  Zuckerberg replied, “Yeah.”

Several organizations have been enlisted in the effort to control the free flow of “dangerous” information.  The European Commission announced a partnership with Facebook, Twitter, YouTube, and Microsoft in order to crack down on what it classifies as “illegal hate speech.”  Facebook is working with the German publisher Bertelsmann to eliminate “racist” post from its site.  Twitter is working with the ADL, the Dangerous Speech Project, Feminist Frequency, GLAAD, Fundacion para la Libertad de Prensa, and Hollaback.  The German government and Facebook were working with ex-Stasi agent Anetta Kahane.  The United Nations has also become involved: Liu Jieyi, Beijing's permanent representative to the U.N., said that institutions promoting “extremist ideologies” need to be “closed down.”

The individuals and organizations partnering with internet companies have a set of values that do not reflect popular opinion.  This is illustrated by a statement by Ralf Jaeger, the Interior Minister of North Rhine-Westphalia: “What happens on the right-wing platforms and in chatrooms is at least as awful as the acts of those assaulting the women.”

By proclaiming that their efforts are directed toward fighting terrorism, the elite have been able to enlist many conservatives.  However, their primary objective is to stifle criticism of Islam, homosexuality, climate change, abortion, and many other subjects on their agenda.  These all fall under the category of “hate speech.”

There are numerous examples of governments intimidating critics of their policies.  A Scottish man was been arrested for “a series of alleged offensive online posts relating to Syrian refugees.  Police in the Netherlands have visited the homes of citizens who made posts deemed overly critical of the Dutch government's policies towards refugees.  Neil Phillips was arrested for comments made on his Facebook page.  He was released and informed he would not be prosecuted due to “insufficient evidence.”  Ivar Mol was visited by Belgian police after he tweeted about “Muslim schoolchildren cheering” after a terrorist attack.

The internet elite appears to have a Marcusian belief in “liberating tolerance” – that is, “intolerance against movements from the Right and toleration of movements from the Left.”  Zuckerberg has expressed his support for BlackLivesMatter in an internal memo chastising Facebook employees for defacing Black Lives Matter slogans on the company's internal “signature wall.”

The censors at Twitter were apparently satisfied with an account called “Kill Donald Trump” for at least six months.  A tweet calling for the slaughter of Dresden civilians by feminist Mercedes Reichstein has not resulted in a police visit.

John Dietrich is a freelance writer and the author of The Morgenthau Plan: Soviet Influence on American Postwar Policy, Algora Publishing, 2013.

This article was first published on American Thinker and is republished with permission.

Do you trust the internet? Recent poll suggests internet is reason people are more informed