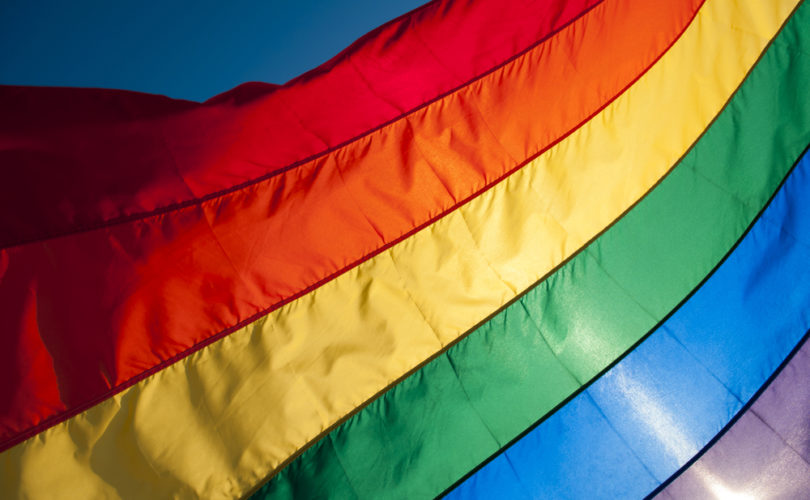 May 13, 2021 (LifeSiteNews) — As the new Democrat-controlled Congress prepares to advance its LGBT agenda with the Equality Act, the possibility of the federal government mandating that biological boys share girls’ dressing rooms and compete in girls’ sports is very real. That possibility is just the latest consequence of a political movement that can be accurately described as one of the most destructive in American history. To understand what is happening now, it is helpful to understand how the LGBT movement got so powerful.

Here is a brief history of the LGBT movement in America:

Liberal leaders of the American Psychiatric Association and the American Psychological Association gradually allowed their homosexual members to control the dialogue on homosexuality. LGB (no T yet) divisions and sub-associations were created within these two APAs, and the APAs became extensions of the LGB movement.[4] As a result, fifty years of clinical science on the causation and treatment of homosexuality were systematically removed from treatment manuals and textbooks.[5] Gay activists and their allies continued their attacks on psychiatrists and psychologists who publicly disagreed with the non-disorder classification.[6] Within a short span of years, the APAs’ support for objective clinical science on homosexuality became a thing of the past.

At the same time, in the early 1970s, gay rights activists in the universities were pressuring administrators to acknowledge them through gay student organizations. These student organizations eventually led to gay and lesbian student centers and LGB administrative divisions which dictated university policies on anything LGB.[7] The influence of LGB centers of power in the universities led to the loss of objectivity regarding the clinical science on homosexuality, and intolerance for any view which did not hold homosexuality on an equal status with heterosexuality. In recent history the loss of objectivity was extended to transgender clinical science when LGB became LGBT.

Once LGBT activists were controlling the dialogue on homosexuality in the APAs, they moved to expand their influence over therapists’ and counselors’ treatment strategies for clients with unwanted same-sex attraction, and children showing signs of gender confusion. It took years of continued effort, but in 2009 LGBT mental health professionals succeeded in using the American Psychological Association to condemn the practice of helping those with unwanted homosexuality try to move toward heterosexuality.[8] The client’s self-determination no longer mattered if he/she sought to overcome homosexuality. Using the APA Task Force Report, LGBT activists extended their influence to legislative law, making it illegal in many states for a therapist to help a person who wishes to change their homosexual orientation.[9] These same activists have sought — and succeeded in part — to make it impossible for parents to get professional help for a child struggling with their sexual or gender identity, if the desire of the parent is to move the child toward a heterosexual identity or toward acceptance of their biological gender.[10]

The most widespread intimidation tactic of the LGBT movement has been the creation of the word’s “homophobia,” “homophobic,” “homophobe,” and recently “transphobia.” These terms do not mean fear of homosexuals or transgenders. Rather, they mean being opposed to LGBT social objectives. LGBT activists have projected that being homophobic is akin to being a racist or a bigot. The terms are meant to slander, shame, and intimidate,[13] in the same manner a racist or bigot uses slanderous words to demean people they don’t like.

To indoctrinate the younger generations, LGBT activists and their allies have used teachers’ unions,[14] library organizations,[15] publishers,[16] and professional organizations [17] to advance their LGBT social objectives. What students are told about homosexuality and transgender identities often comes from LGBT activists and their allies.[18] Students are not taught the science on the causes and changeability of homosexuality or transgenderism. In addition, if the health risks of male homosexual activity are not taught, the school system will endanger vulnerable students.[19] Schools that follow LGBT guidelines will not help students identify with their biological sex. Thus, more and more students will suffer from sexual identity issues and identify as homosexual and transgender.[20]

Any LGBT doctrinal teaching in the school system that professes that homosexuality and gay marriage are equivalent to heterosexuality and heterosexual marriage is a moral viewpoint. It is an anti-God moral viewpoint. Part of the LGBT political agenda is to force their morality on America. The authority to define the morality of American culture is supposed to come from the people. Unfortunately, too many citizens in America have been unwilling to fight against the LGBT activists for the moral high ground on sexuality.

Most Americans are bewildered at the recent normalization of transgender identities. Many are unaware that transgenderism used to be considered a mental health disorder first termed “gender identity disorder,” and then “gender dysphoria.” Recently, gender dysphoria was revised in the DSM (Diagnostic and Statistical Manuals of Mental Disorders) so that a transgender person is only considered to have a mental disorder if they have “clinically significant distress or impairment in social, occupational, or other important areas of functioning.”[22] In plain language, the APAs are telling us the transgender person who fully believes they are the opposite biological sex doesn’t have a mental disorder. Only a transgender person who thinks he/she may have a problem or is unable to successfully play the part of the opposite gender is considered to have a mental health disorder. The same type of classification change took place when the American Psychiatric Association normalized homosexuality.

Americans are acutely aware that LGBT activists are demanding that transgender people be allowed to use the locker rooms and restrooms associated with their gender identity. They recoil at the LGBT movement’s effort to have biological males play in female sports. This is only their most recent demand. Make no mistake, like any other powerful bully, the LGBT political bully will continue to force its intolerant, anti-science, and anti-Christian agenda upon the American people until the public rises up to confront and stop this bully.

Thomas Coy earned his Master of Liberal Studies at the University of Michigan-Flint with a major in American culture in 2012. His master’s thesis was titled, “The Professional Division Over the Treatment of Homosexuality and How It Has Been Influenced by the Gay Political Movement.”

[7] Burris, N. “About Us.” https://spectrumcenter.umich.edu/node/58/ As an example, this article shows that the University of Michigan’s LGBT Office of Affairs grew out of Student Government recognizing the Gay Liberation Front as a student organization in the early 1970s.

[21] Alliance Defending Freedom. “You Are Free to Believe, but Are You Free to Act?” https://www.adflegal.org/issues/religious-freedom/conscience