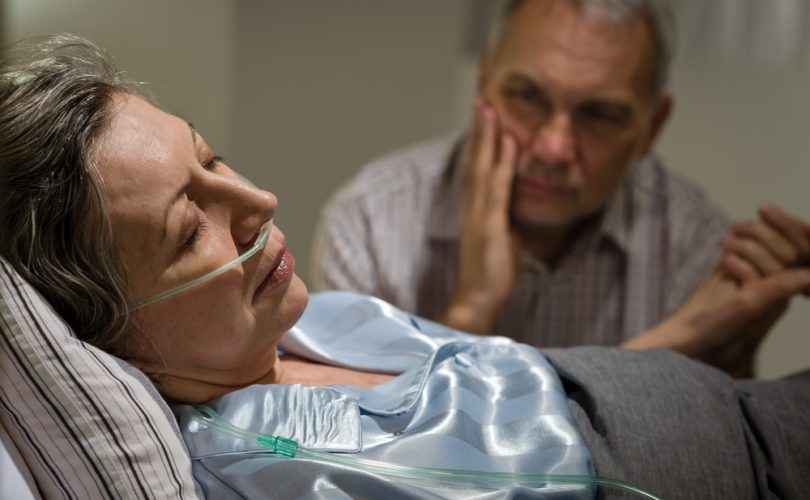 In 1651, Jeremy Taylor, an Anglican clergyman called the “Shakespeare of Divines” for the poetic language he used in expressing theological ideas, published a book entitled “The Rules and Exercises of Holy Dying.”

Taylor’s goal was to instruct his readers on the “means and instruments” needed to prepare for a blessed death. As he told the Earl of Carbery, to whom he dedicated the book, “it is a great art to die well.”

This “art” was one that a person was supposed to perfect throughout his life. As Taylor wrote, on our deathbeds we are to “perfect that repentance which was begun more early.”

As Mary Talbot, a Buddhist, writing in Aeon, recently told readers, Taylor’s tome was part of a long tradition of Christianity's teaching people how to prepare for their inevitable death. But with the declining influence of Christianity in most of the Western world, who will fill the void?

Well, judging by Talbot’s piece, the answer seems to be “no one.”

Talbot wrote of a training program she attended before becoming a hospice volunteer in which thirty-five people sat around describing what they wanted their own deaths to be like. Only a handful “mentioned a death inspired by religious ethos,” such as getting right with God.

While the other scenarios varied, what they did have in common was the desire for control and autonomy. They imagined departing this life at a time and place of their own choosing, assuming that would mean dying in peace.

But this kind of control is, to use an appropriately Buddhist word, an illusion. Taylor’s readers not only knew this, the idea that it might be otherwise never crossed their minds.

This chasm between us and our ancestors is a large part of what it means to live under secularism. In his book entitled “A Secular Age,” philosopher Charles Taylor chronicles the Western transition from a time in which it was virtually impossible to not believe in God to one like ours in which belief in God is only one option among many. And choice becomes the chief virtue of this modern age.

And secularism also cannot answer the question of what constitutes a good death. As Talbot says, until recently “Western people’s expectations about death had little to do with personal choice.” It was defined by their faith, sacred traditions, and community.

Set adrift from these anchors, many moderns are left to their own devices. And the many options people are presented do not include a way of making sense of their passing, or any insight into how their lives up to that point relate to their departure. And of course, the modern secularist has no real answer to the fear of dying, other than medical sedation.

As my friend, theologian T. M. Moore pointed out to me recently, St. Augustine had no such problem. As he wrote in “The City of God,” “Death is not to be regarded as a [bad death] when it follows on a good life, for the only thing that makes death an evil is what comes after death. Those who must inevitably die ought not to worry overmuch about what … will cause their death, but about their destination after dying. . .  Why then should those who have lived well be dismayed by the terrors of death in any form?”

That which follows death, of course, is ultimately the resurrection from the dead without which, as Paul told the Corinthians, our faith is in vain, and because of which, every holy death is a good one. It’s something Jeremy Taylor understood but our choice-obsessed secular culture cannot.

Could grace in dying be one of the good gifts Christians offer back to our world to point people to God?