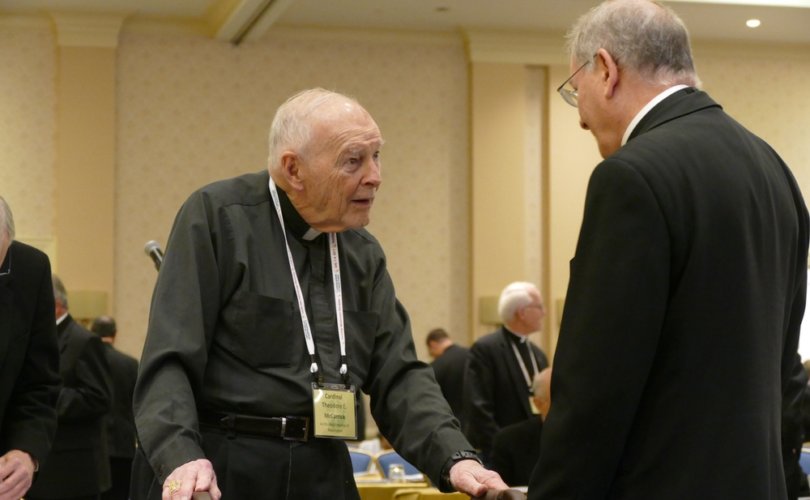 (LifeSiteNews) – In May, the Chinese Communist Party (CCP) arrested a Vatican-appointed Catholic bishop, Joseph Zhang Weizhu, along with seven priests and a number of seminarians in the Diocese of Xinxiang.

It was disturbing news, but not surprising. The genocidal Chinese Communist Party, which currently holds millions of Uyghurs in camps and ferociously oppresses devout Christians, Buddhists, and Muslims alike, has always been an enemy to the Church. And since the Vatican struck a deal with the Communist regime in 2018 – ostensibly to appease it for the sake of the Church in China – such attacks have only increased.

More alarming, in a way, was the fact that most Catholics in America never heard about the May arrests at all. Why not? Because the Western Church refused to mention it. I heard about it through my channels in the world of human rights advocacy. I did not hear any prominent members of the Church hierarchy speak a word of it.

Fast-forward to just last week, when we got one of those pieces of news that stirs the whole Catholic Church. Several Catholic friends texted me all at once. “Finally!” “Did you hear?” “Great news, Jason!”

Ex-Cardinal Theodore McCarrick had been charged with the sexual assault of a 16-year-old in the 1970s. You can read the outline of the story here. It’s heartbreaking what McCarrick did to the boy, now a man bravely standing up for himself and others like him.

Three long years after what Catholics call “The Summer of Shame,” when allegations against McCarrick first emerged, I’m not surprised that many are now feeling a sense of relief.

Justice, you might think, is finally being served. Perhaps the formal charge against McCarrick even represents a glimmer of hope that the Church can now begin to regain Her former glory in the eyes of the public. “Let’s get McCarrick’s day in court over with,” we might even be tempted to say, “so we can return to normal.”

But it’s that temptation that compelled me to write this piece. Because it’s a temptation that we have to resist. In fact, as much as we might long for an end to the whole ugly saga of “Uncle Ted” McCarrick, it’s actually important for us to hope and pray and advocate for the scandal to continue.

McCarrick wasn’t just any cleric. He was Pope Francis’s American kingmaker, able to handpick trusted friends for positions of influence in the hierarchy of the Church. More to the point: he also played a role in brokering the now-infamous – but little understood – Vatican-China deal in 2018.

As the Catholic News Agency reported that year:

Over 20 years, Archbishop McCarrick traveled to China on at least eight occasions, sometimes staying in a state-controlled Beijing seminary, often serving as an unofficial bridge between the Vatican and Chinese government-appointed bishops until 2016.

Prior to allegations of sexual abuse and harassment becoming public this summer, the former cardinal had been an outspoken proponent of a deal between Chinese President Xi Jinping and the Church under Pope Francis, according to Chinese reports.

“I see a lot of things happening that would really open many doors because President Xi and his government are concerned about things that Pope Francis is concerned about,” McCarrick told The Global Times in an exclusive interview in Feb. 2016. The interview quoted McCarrick as saying that the similarities between Pope Francis and Xi Jinping could be “a special gift for the world.”

Which brings us back to the mass arrests in May. As I mentioned, we’ve seen a sharp rise in such incidents since the Vatican sealed its mysterious deal with China. So you would think that Catholic leaders living in America would speak out more adamantly than anyone.

But instead, our most influential clerics won’t say a word about it.

Bishop Robert Barron ignored the tragedy altogether. As I wrote at the time, instead of standing in solidarity with the persecuted Church, Barron created a happy birthday video for Bob Dylan.

Just a few weeks later in June, I attended the International Religious Freedom Summit in Washington, D.C. Cardinal Timothy Dolan of New York was one of the speakers. In front of the Chinese Christian refugees and Uyghur escapees from CCP concentration camps who came to testify, Dolan made no mention of any of China’s crimes against religious freedom.

Why the silence? We don’t know for certain. But perhaps we know who does: McCarrick.

Are you starting to see what I mean when I say we must work to ensure that the McCarrick scandal “continues”?

In a way, McCarrick’s sex scandal, horrific in itself, might prove providential – if we have the will to take it by the horns.

After all, as an architect of the Vatican-China deal, McCarrick is not only responsible for the horrific rapes he himself allegedly committed. Nor should he merely be tried for covering up clerical sex crimes in the U.S. Think bigger.

The McCarrick scandal is an international scandal, involving a secret deal between the Vatican and America’s foremost adversary, China, which may include something very much like a gag order against public criticism of its abuses by American clergy.

Remember: McCarrick is a master coverup artist. After decades of serial sexual abuse, he had dozens, perhaps hundreds of fellow clerics keeping mum for him. How might such a man go about paving the way for a secret Vatican-China deal over the course of 20 years?

Even after the McCarrick sex scandal initially broke, the best many of McCarrick’s longtime confidantes and collaborators in the Catholic hierarchy could muster was a few mutterings about being shocked, while their eyes darted around the floor in front of them during TV interviews that looked more like damage control than any kind of reckoning with the scale of McCarrick and his network’s crimes.

We must ensure we get more out of the McCarrick scandal this time around.

Because what many thought of as a story about a dirty old man and his victims could turn out to be a story of genocide, of betrayal, and of treason.