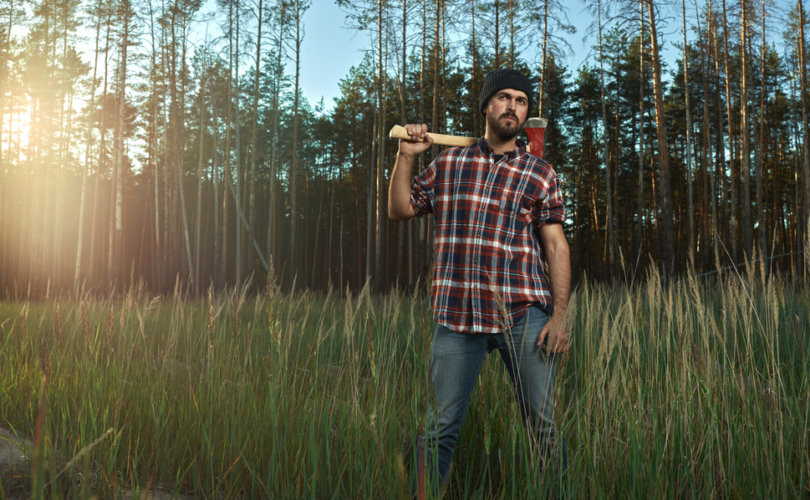 September 16, 2016 (BreakPoint) — Are we in the midst of a masculinity crisis? Two Christian writers offered very different answers to this question in recent articles. David French at National Review laments a new statistic that shows today’s young men are, physically, the weakest generation in recorded history.

Chandler Epp replied to French in a guest column at Religion News Service, arguing that the idea of masculinity being equivalent to physical strength is misguided.

“Popular Christian notions of manhood,” he writes, “shame, repel, and ruin too many young boys and men who fail to meet those standards” and who don’t gravitate toward “‘typical’ masculine behaviors.” He concludes, “We must recover the idea that the marker of a true man is his moral strength, not his muscular fitness.”

Now I know personally both Chandler and French, and I have a lot of respect for them both. In fact, they both demonstrate that sort of moral strength Chandler talks about in his piece.

Chandler is right that when most folks ask, “Where are all the men?” what they mean is something like, “where are all the lumberjacks?” They want to know why so few males these days can perform feats of strength, build their own houses, or fix cars without a mechanic.

There was a time when these sorts of skills were crucial to fulfilling the creation mandate. Expressing the image of God for most men in history meant being able to hunt or farm food or keep a fire on the hearth. And I’m thankful every day for those, like my dad, who still do this kind of work. But the age of brute strength is in many ways past, and that would be the end of the argument if we were at the same time seeing a corresponding increase in other, less tangible, kinds of strength: like moral courage, fortitude, leadership, and a willingness to sacrifice.

Real masculinity can look like Greg Thornbury, president of King’s College in New York City, who has a body weight I haven’t seen since the 8th grade, tweed jacket and Harry Potter glasses. He’s no lumberjack, but as a champion of sound theology and Christian education in a city that’s hostile to both, he’s one of the strongest men I know.

Or masculinity may look like Chuck Colson, a marine, Nixon’s “hatchet man” and all-around tough-guy before he was broken by Christ before going to prison. It wasn’t unusual to see Chuck shed a tear over an eternal Gospel truth or a changed life. Yet he typified masculine strength as it should be.

The early Church Father, Irenaeus, said, “The glory of God is man fully alive.” And man fully alive doesn’t play the victim, or wallow in a sense of entitlement. He embraces the creation mandate to “fill the earth and subdue it.” He’s a maker, not a perpetual taker.

It’s this kind of masculinity that’s in desperately short supply these days. It’s a kind that has nothing to do with how much you can bench press.