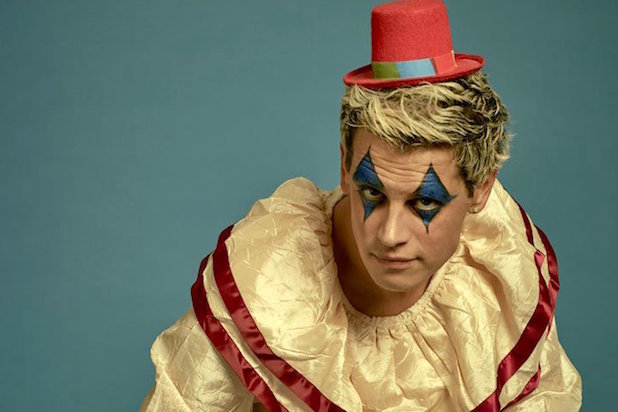 December 14, 2016 (TheBridgehead) — I anticipated that quite a few people would disagree with my analysis of Milo Yiannopoulos after attending one of his speaking gigs at Michigan State University last week, but I was mildly surprised at a few of the points of disagreement. He’s brilliant! some said – which is something I do not dispute. When I pointed out that Milo is very obviously constructing a right-wing reality show, with all the glamour of the Kardashians, all the subversive and sexually ambiguous costumes of RuPaul’s Drag Race, and all the promiscuity of all of them, I wasn’t kidding.

Fans are fans, not friends, and when the adulation and applause ends Milo Yiannopoulos still has to live with himself. I truly hope that his shtick is not making that more difficult. He may style himself a comedian of sorts, but tragedy and comedy often walk hand in hand.

I think Milo is doing this very consciously—he’s moving fast to monetize the new Trump Train voters who still have money to blow after buying their red trucker hats, and is attempting to fill a long-time yearning of his fans: a celebrity all their own. The annoying thing about celebrities, after all, is that they’re always liberal. Milo is prepared to give an untapped demographic something different. He can curse like a celebrity, party like a celebrity, sleep around like a celebrity, dress like a celebrity, and then pop out some conservative talking points that render all of the other celebrities apoplectic. Combine that with the underlying intellect that allows him to easily debate furious social justice warriors and his inflammatory troll persona that draws the protestors out in the first place, and his circus has a broad audience.

That’s a pretty good business model, but perhaps not the model for a happy and fulfilled life. Milo himself may be more aware of this than his adoring audiences realize. Consider a poem that Yiannopoulos published as part of a collection several years ago, under a pseudonym:

Repetition structures—
It isn’t simply that I repeat

I am an overnight sensation
But must remain, to christen
Mine own phantasy:
Twin pincers of nothingness

I’m not a fan of repetition
I must remain.

In the context of his exploding popularity, those verses are rather jarring. His poetry is very interesting, and perhaps gives a glimpse of what is actually going on inside his head. Milo has cited his inability to be offended or feel pain in many mainstream media interviews, but one has to wonder if that is simply how he justifies his own vitriol and name-calling. Those who have been hurt often scoff at the idea that their own behavior could be hurtful. Consider this poem, which he titled “Domination”:

Boys came. They took my things.
They broke two of my teeth

But they could only beat me up.
They could not do me any real harm.

Only Yiannopoulos, of course, knows what his poems are referring to, but considering the many interviews he’s given describing his misery growing up—he lived with his grandmother in order to avoid living with either of his parents—and his struggles with his sexuality, it is safe to assume that his persona is just that: A mask.

He reminds me in some ways of Oscar Wilde, for obvious reasons—but perhaps even more accurately of Dorian in Wilde’s The Picture of Dorian Gray. Dorian Gray, a young man in Victorian Britain, is seduced by Lord Henry Wotton’s philosophy of hedonism and his belief that sensual fulfillment should be life’s ultimate pursuit. Cognizant of the fact that his physical beauty will one day fade, Gray sells his soul in order to continue living a life of unfettered libertinism while a portrait of him in the attic records every sin and every wickedness, turning it into a grotesque and horrifying picture. Needless to say, the novel does not end happily. Milo’s wistful musings of a different, more decent life when the circus ends make one wonder if perhaps he has not already thought of this himself.

As I said in my previous column, that’s one of the things that concerns me about the Milo Circus: That he is perhaps entrenching himself in a lifestyle that he openly admits doesn’t make him happy, and in fact has said is profoundly sad in some ways. Fans are fans, not friends, and when the adulation and applause ends Milo Yiannopoulos still has to live with himself. I truly hope that his shtick is not making that more difficult. He may style himself a comedian of sorts, but tragedy and comedy often walk hand in hand.

To reiterate, I do think that Milo is brilliant, talented, and quick-witted. But none of that for me excuses his abrupt descent into increasingly vile language and vicious name-calling. He could be a smart, funny commentator without crawling into the gutter in this fashion. He has the talent for it, and has displayed this many times. If we decide to excuse the liberal use of the c-word, for example, then we are violating what was once a Christian standard, and we are doing precisely what the Left does with pornography and rap music: We are saying that nothing is too profane or too filthy, so long as it is in a context we find agreeable, or at least excusable.

Several of Milo’s defenders informed me that his consensus-smashing speaking tours were in “defence of Western Civilization.” Those misguided fans are forgetting that “civil” is a very important word there. If we destroy civility in the name of demolishing our enemies, we won’t have much of a civilization left to begin with.