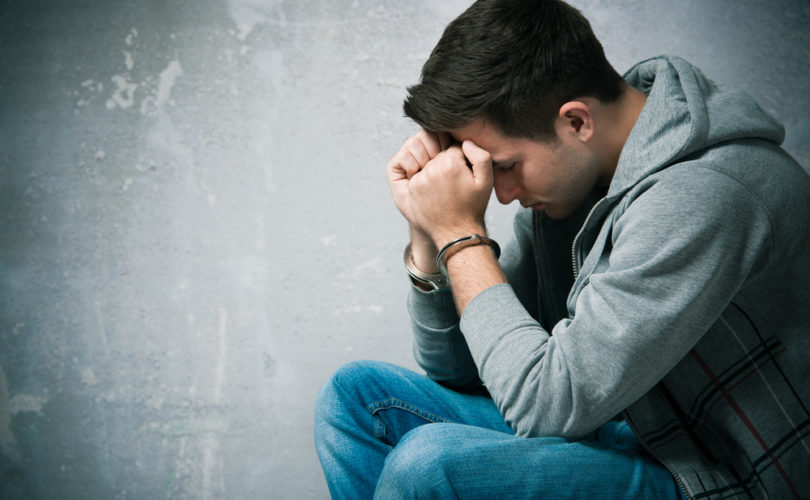 March 17, 2015 (BreakPoint.org) — During a recent visit to Swarthmore College, political scientist Robert Putman of Harvard asked everyone in the room whose parents had graduated from college to raise their hands. Not surprisingly, nearly everyone raised their hands.

As it turns out, the ability to get into elite colleges isn’t the only thing that separates the children of the college-educated from kids whose parents didn’t graduate from college.

This separation was the subject of a recent New York Times column by David Brooks. In it, Brooks discussed the findings of Putnam’s new book, “Our Kids: The American Dream in Crisis,” and, just as importantly, he discussed how we got to this point.

The divergence in norms between the college-educated and the rest has become so pronounced that, as Brooks puts it, many of Putnam’s graphs “look like open scissors.”

More eye-opening than any graph are the stories Putnam tells. One young man named “David” told Putnam, “I never really got to see my mom that much.” David’s father “dropped out of school . . . and is now in prison.” As for David himself, he attended “seven different elementary schools . . . ended up under house arrest, [and] got a girl pregnant before she left him for a drug addict.”

Brooks is correct when he says that sympathy for these kids, however vital, is not enough. Brooks could have been channeling Chuck Colson when he added that “It’s not only money and better policy that are missing in these circles; it’s norms.”

“David” is the victim of the fact that “In many parts of America there are no minimally agreed upon standards for what it means to be a father.”

Most intriguing is Brooks’ explanation for the absence of those norms and standards: “They were destroyed by a plague of nonjudgmentalism, which refused to assert that one way of behaving was better than another. People got out of the habit of setting standards or understanding how they were set.”

And the results are all around us.

Nowhere is “the cost of relativism” more clearly seen than in crime. Putnam’s “David” is hardly unique. That’s why Chuck said that he saw his “work for Christian worldview to be the natural consequence of [his] work among prisoners.”

Chuck explained it this way: “During the first ten years of Prison Fellowship, I focused on evangelizing prisoners, building discipleship programs, and training volunteers. But I became perplexed that our growing ministry couldn’t keep pace with the nation’s skyrocketing prison populations.”

Then, after some reading and reflection, Chuck realized that “The surging moral relativism in our culture was eroding our value system.” The denial of right and wrong was being reflected in court dockets.

That’s why Christian worldview is vital to Prison Fellowship’s efforts to this day. As Brooks said, what we need is a “moral revival.” And that, as Chuck told us, requires “[helping] people begin to see the world through God’s eyes, to see Christian truth in all of life.”

For “David’s” sake as well as our own.