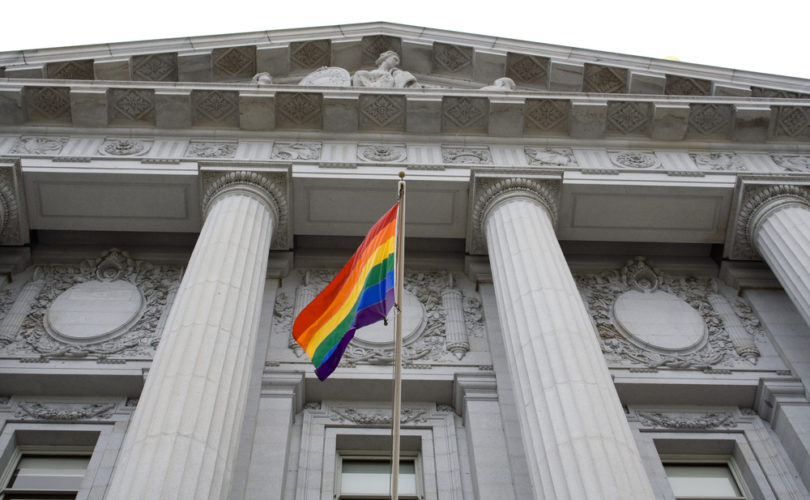 May 11, 2015 (BreakPoint.org) — In the first century, Jesus was asked whether the Jewish people, who were under pagan, Roman occupation, should pay taxes to Caesar. The Lord, of course, said we are to render unto Caesar what is Caesar’s, and unto God what is God’s. But in 21st century America, Caesar is angling for a better deal—and he’s getting it.

Our old friend Chuck Colson sounded the alarm several years ago when certain political figures on the Left—including former secretary of state Hillary Clinton—began downsizing the First Amendment’s guarantee of our God-given right to freedom of religion into a more manageable “freedom of worship.”

Chuck feared—rightly, it turns out—that opponents of religious liberty were seeking to keep religion within the four walls of our churches, synagogues, and mosques—as if religious belief were no more than a purely private opinion with no practical implications for the real world. In other words, “Feel free to worship, if you like, but keep your religiously informed opinions and actions to yourself.”

It’s a totalitarian impulse, and you can see it in the intensifying efforts to force faith groups to pay for abortions, to shut down Christian businesses that don’t want to participate in so-called “gay weddings,” and so on.

And the totalitarians are getting bolder about it. In Victoria, Australia, doctors are required by law to perform abortions when asked, or refer the patient to a colleague who will. In Canada, meanwhile, the Ontario and Saskatchewan Colleges of Doctors and Surgeons want physicians forced to perform euthanasia—which is now a fundamental national “right”—if no one else is available to do it.

And the totalitarians—being totalitarians—will brook no compromise. According to Canadian bioethicist Udo Schuklenk, “The very idea that we ought to countenance conscientious objection in any profession is objectionable.”

Really? And alas, this totalitarian streak is not confined to the Great White North. Mrs. Clinton, who once said that abortion can be “a sad, even tragic choice,” now asserts that a so-called “right to reproductive health care” trumps religious freedom. “Laws have to be backed up with resources and political will,” she said at a recent meeting of the Women in the World Summit. “And deep-seated cultural codes, religious beliefs and structural biases have to be changed.” Religious beliefs have to be changed?

Now Caesar seeks to regulate not just our actions, but our thoughts as well!

New York Times columnist and gay-rights advocate Frank Bruni thinks we need to change our religious beliefs about marriage, too—since, he says, interpreting the Bible is filled with subjectivity and uncertainty. Therefore believers shouldn’t take it too literally on matters of sexuality. “So our debate about religious freedom,” Bruni says, “should include a conversation about freeing religions and religious people from prejudices that they needn’t cling to and can indeed jettison, much as they’ve jettisoned other aspects of their faith’s history, rightly bowing to the enlightenments of modernity.”

How nice that Mr. Bruni and other sexual totalitarians stand ready to “free us” from our prejudices. What’s next, re-education camps? If you think I’m exaggerating the totalitarian threat, in the same newspaper, David Brooks writes, “If orthodox Christians are suddenly written out of polite society as modern-day Bull Connors, this would only halt progress, polarize the debate and lead to a bloody war of all against all.”