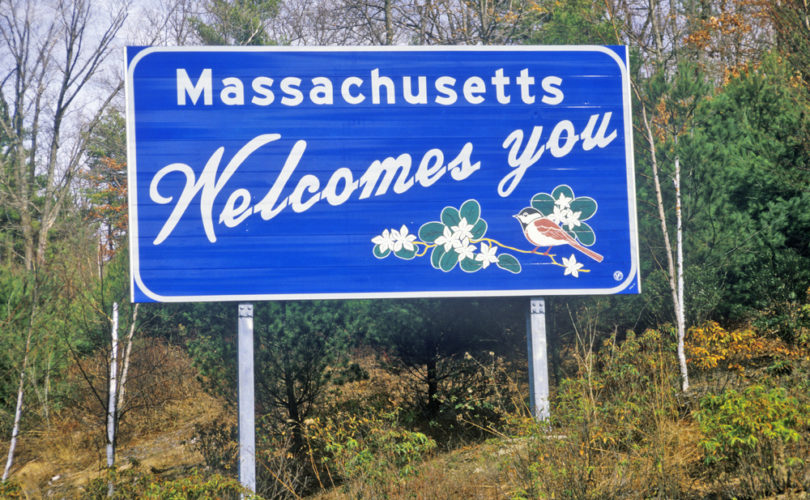 If you hear the words “witch hunt,” what’s the first thing that comes to mind? Well, you might think of the Salem witch trials, when mass hysteria gripped colonial Massachusetts in the late seventeenth century and twenty people—most of them women—were executed on charges of being witches. Another five died in prison.

But the era of the witch hunt is far from over. According to Merriam-Webster, a witch hunt is “the act of unfairly looking for and punishing people who are accused of having opinions that are believed to be dangerous or evil.”

And of course, at the top of the dangerous and evil opinion list these days is believing what the Bible says about human sexuality and marriage.

While public shaming and fines against Christian business people and academics have become so commonplace as to be almost non-newsworthy, I do want to share with you a particularly egregious example of the most recent politically correct witch hunt.

Ironically, or, might I say, tragically, this new witch hunt is also in Massachusetts. For the last eleven years, Gordon College, a well-regarded evangelical institution, has sent volunteer student teachers into Lynn, Massachusetts, an old industrial town of 90,000 people about ten miles north of downtown Boston.

Around nineteen percent of Lynn’s racially mixed population lives below the poverty line. And what were these volunteers doing? According to Mary Moore of the Boston Business Journal, they provided “a range of volunteer services—including formal student-teaching help … and mentoring and tutoring programs.” What else did Gordon College do, free of charge, for the city? Well, each year Gordon has been inviting 80 to 100 fourth-graders on campus for a college day and had planned to expand the program this fall to help 500 youngsters from elementary schools in Lynn.

Of course, none of that’s going to happen now. “Why not?” you ask. I’ll tell you—because the witch hunt has come to Gordon College. It’s not that the academically and socially stellar institution has changed anything. It remains a place where all are welcome, as long as everyone abides by its well-established community standards.

Gordon’s “sin,” at least in the eyes of the Lynn city fathers, is that its president, my friend Michael Lindsay, signed a letter requesting that President Obama include a religious exemption in his expected executive order concerning the Employment Non-Discrimination Act, or ENDA for short. ENDA would prohibit discrimination in hiring and employment on the basis of sexual orientation or “gender identity” by employers with at least 15 employees.

Lindsay and Gordon College are simply requesting that the President provide the same religious exemption that was passed by a U.S. Senate bill last year with bipartisan support. By requesting that ENDA not discriminate against them, Gordon is now on the receiving end of a new witch hunt.

The leaders of Lynn, in their wisdom, have ended the volunteer program with the kids, saying in effect: We can’t let those bigots near our school children. As Rod Dreher, writing in The American Conservative says, one school official has said that “Gordon needs to say, ‘I’m sorry for the request in the letter.'” As in, sorry for being true to its Christian faith and heritage.

And just who’s hurt in this latest witch hunt? You got it—the kids of Lynn, Massachusetts.

Friends, if you have not been praying about the assault on religious freedom in this country, today is a great time to start.

And here’s another suggestion: Consider attending the Religious Freedom Summit at Cedarville University with my colleague John Stonestreet and a host of first-rate Christian leaders and thinkers. Learn what you can do to stand up for religious freedom in this country. Come to BreakPoint.org and click on this commentary, and we’ll have all the details for you.