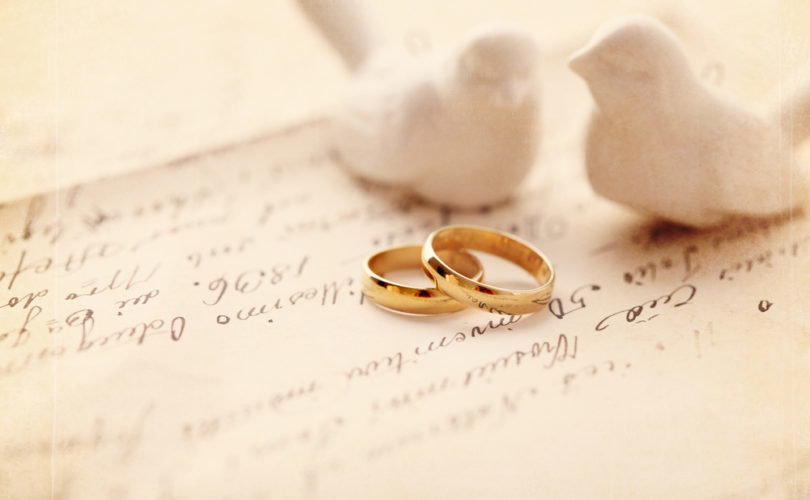 July 6, 2015 (BreakPoint) — Both before and after the Supreme Court’s ruling in Obergefell v. Hodges, some Christians argued that allowing same-sex couples to marry is not inconsistent with traditional Christian teaching on marriage.

At the heart of these arguments is the assertion that same-sex relationships are, to borrow a phrase from gay writer Andrew Sullivan, “virtually normal.” That is, same-sex relationships are, with one very obvious exception, not all that different from traditional marriages. Thus, just as the Supreme Court held that similarly-situated couples should be treated equally under law, similarly-situated couples should be treated equally in our churches.

The problem is that same-sex couples and opposite-sex couples are not nearly as alike as those making these arguments would have us believe.

This reality was amply demonstrated in a recent broadcast of “Weekend All Things Considered.” Host Arun Rath spoke to J. Bryan Lowder of Slate, who worried about the impact of the Court’s decision on gay culture.

By “gay culture,” Lowder wasn’t talking about a particular fashion sense and a fondness for Judy Garland. What he had in mind was the ability to “imagine different ways of being in romantic relationships and loving.” For some gays and lesbians, this “meant monogamous relationships that looked exactly like a married couple . . .  [without] the legal imprimatur of the state. But for other people, they had many different kinds of arrangements.” Emphasis on many.

Lowder was concerned about losing “some of that imagination that the gay community has had in the past to think about how to live in different ways and . . . offer a critique to straight culture of how we can arrange our romantic lives.”

Lowder is hardly an outlier. Last year, in a Daily Beast article provocatively entitled “Were Christians Right About Gay Marriage All Along?” gay activist Jay Michaelson acknowledged that there “is some truth to the conservative claim that gay marriage is changing, not just expanding, marriage.”

Michaelson cited a 2013 study finding that “about half of gay marriages surveyed . . . [are] not strictly monogamous.” He called this fact “well-known in the gay community,” adding that “we assume it’s more like three-quarters” that are not monogamous. They are, to cite a now-popular phrase, “monagam-ish.”

Michaelson admitted that his straight friends who believed that they “were fighting for marriage equality, not marriage redefinition,” felt “duped.” But he was unapologetic. In his words, “actual monogamy has never been an actual norm,” as opposed to an ideal.

Michaelson seems to think that because some men have been unfaithful, monogamy should not be an expectation of marriage. The vast majority of women, by the way, would undoubtedly disagree.

This brings to mind an exchange between Andrew Sullivan and conservative columnist Mona Charen more than 20 years ago. In response to Sullivan’s claim that marriage would domesticate gay men’s sex drives, Charen replied that marriage doesn’t domesticate men, women do.

This, my friends, is sexual complementarity in a pithy nutshell. The sexes are different, and each promises the other something different that will contribute to their union and the wellbeing of their offspring.

Frankly, Christians who support same-sex marriage have been had. The question is: Now that they know what’s really going on, will they change their minds?