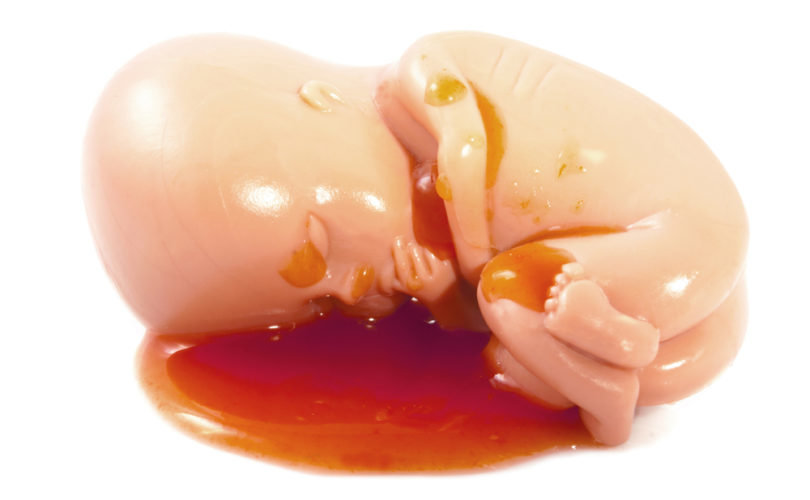 July 23, 2015 (UnmaskingChoice) — If there’s one thing that confuses me about how many pro-lifers decide on strategies to change hearts and minds on abortion, it’s the fact that they seem to believe that we have to approach the most controversial issue there is without controversy—that somehow, we have to take an issue that people have incredibly strong feelings about and ensure that none of those feelings surface during a discussion.

As our postcard campaign nears our record-breaking mark of one million postcards delivered to one million homes, reactions have been widely varied—we have phone calls from people “horrified” by the postcard, who don’t seem to realize that the action depicted is much more horrifying. We have people who demand to know what they are supposed to say if their children see the picture of “the dead baby”—who don’t seem to realize that with their own words, they have admitted that we live in a country where dead babies are tossed in garbage cans behind government-funded clinics. We also have people who call us to thank us for the information, and express anger that such barbarism could be happening in Canada. We have people who phone to tell us that the postcard has changed their vote, and the votes of their neighbors. And we have people like the old man who wanted to shake my hand because he was encouraged to see that “some people cared about things.”

By the polling numbers, we see many people influenced against abortion—even if they don’t like us, the image stays with them, and they like abortion even less. Even if only ten percent of people were influenced against abortion because of postcards depicting abortion imagery, I would point out that that is still a far bigger number than any other pro-life strategy even claims to impact. For the first time, statistically significant portions of the population are being exposed to the reality of abortion—and they are reacting to that reality.

Pro-lifers are often tempted to run scared because they believe what the pro-abortion movement says about our best evidence—that it will “turn people” off. It will, of course. In the words of one abortion activist: “Your pictures turn people off of abortion.” If people get angry with us, but are still influenced against abortion, we have accomplished exactly what we set out to do. That being said, people only focus on the angry commenters that they see—a handful of social media posts, and the same tired news story from each and every single media outlet. I’m not sure if most journalists are unimaginative or just lazy, but most seem unwilling or incapable of even visiting a few websites and trying to find out what the rationale behind the strategy is. Most of them, I suspect, have pre-written stories and just call around to get the quotes they want. We know, for example, that reporters have specifically ignored people who have received the postcard and offered to comment positively—that is not, they openly say, the story they are looking for.

The abortion movement, on the other hand, can’t decide whether the imagery we use is extremely effective, or very ineffective. Canadian abortion blogger “Fern Hill” is usually babbling the talking points about how what we’re doing is so counter-productive, and that we’re obsessed with “gore porn,” and then calling us a bunch of names. (If pro-abortion groups really did believe that what we were doing strengthened support for abortion so much, I suspect that they’d be a lot less angry about what we’re doing—after all, we’re just doing their job!) But a couple of days ago, after responding to pictures of the dozens of lovely young women on our staff by snapping that they were all one unplanned pregnancy away from being pro-choice (such a depressing world these people live in), she tweeted an article at me that I found interesting.

It was a piece on David Daleidan of the Center for Medical Progress, the man behind the recent exposes of Planned Parenthood. He’s captured video of Planned Parenthood employees casually discussing not only the abortion procedure, but also how to best pillage the corpses of these dead children in order to sell their body parts for profit. The videos have horrified people across North America, and reaction has been swift. Amanda Marcotte, a pro-abortion blogger who often writes for Slate, has responded to the new scandal in an article called “Grossing people out can have short-term impact, but does it matter in the long-term?” She quotes Michelle Goldberg over at The Nation:

Further, it’s a way for the anti-abortion movement to focus the abortion debate on the graphic details of rare, late-term procedures, about which there is less public consensus than there is about early abortion. It serves the same purpose as the ban on so-called “partial-birth abortion,” and as blown-up pictures of bloody fetuses. It induces disgust, a very politically potent emotion, since most people associate things that are gross with things that are immoral. In his book The Righteous Mind: Why Good People Are Divided by Politics and Religion, Jonathan Haidt describes how researchers asked students at Cornell University to fill out surveys about their political attitudes while standing either near or far from hand sanitizer. Those standing closer to it became temporarily more conservative. If something that minor can affect people’s politics, then a video like this one is sure to have a visceral impact.

Amanda Marcotte goes on to say that while abortion imagery and exposes are very potent, that the impact of them is not long-lasting. Why? Because, she writes with hilarious immaturity, most things in life are gross—sex, going to the bathroom, surgery—and we all get over those things, don’t we? So surely abortion pictures will also be forgotten.

That is why the impact of abortion pictures doesn’t just disappear. One more piece of evidence? Almost everyone I know in the pro-life movement was convicted to join the pro-life fight because they saw a picture or a video of abortion, including myself. As Marcotte herself pointed out, that was what convicted David Daleidan as well. We now have over forty young people on our staff, all convicted by seeing what abortion does to babies and what they can do about it.

The movement is just getting started.