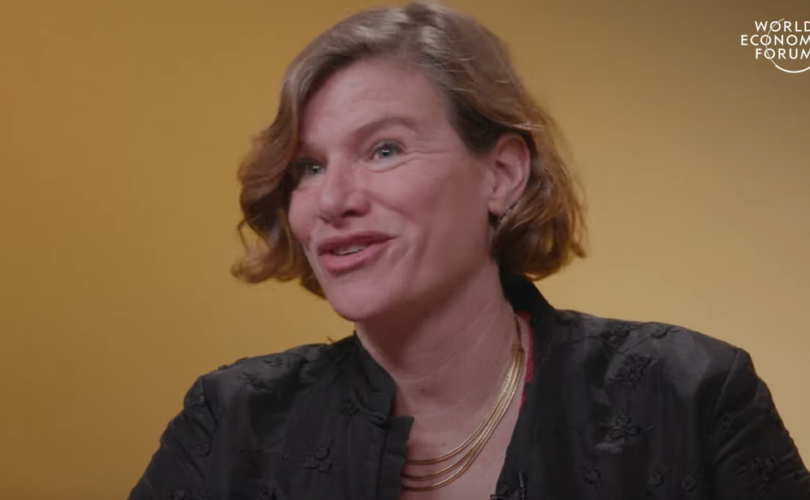 (LifeSiteNews) — During my 15 years of membership of the Pontifical Academy for Life, I was honored to meet many distinguished Catholic pro-life leaders from around the world. The meetings we attended were blessed not only by daily Mass and audiences with Pope John Paul II and then Pope Benedict XVI, but with a camaraderie that established itself because of our sincere faith in Christ and the teachings of the magisterium of the Church.

I recall so many wonderful encounters and learned so much that it is with a heavy heart that I see a Pope Francis-style academy with members who are anything but faithful to Catholic teaching. In fact, one of latest members is not only pro-abortion but an avowed atheist.

Her name is Mariana Mazzucato, and her claim to fame is that she is an economist. It is said that she has dual citizenship in Italy and the United States, and she clearly fits right in with the pro-death forces we have to confront every day. But as far as I am concerned, her credentials do not matter when we consider the fact that Mazzucato is an avowed pro-abortionist.

The record she has built regarding her disdain for truth is best exemplified by her fawning comments about Pope Francis. She once tweeted: “As an atheist, never thought I would love a Pope this much. What a star!”

She did this of course because the Pope is so concerned about the environment. Climate change is one thing, but killing the innocent is clearly another matter—one that Mazzucato finds pleasing and acceptable.

This outrage is only made worse when we recognize that the Academy was established to fight against abortion, contraception, euthanasia, and all practices that threaten the life of the innocent. The principles that were held by the Academy’s first members, and that were once the bedrock upon which we all stood, have disappeared from view.

Mazzucato could be described as the representative of the current efforts both within and outside the Vatican to dismantle the magisterium. It is said that Pope Francis and his allies—including Pontifical Academy for Life president Monsignor Vincenzo Paglia—have already suggested that Catholic teaching on contraception is fungible.

Is it any wonder then that he finds common ground with the likes of Mazzucato?

But be aware that regardless of the current debacle involving the pope and his minions, one thing never changes, and that is truth itself. As the academy’s Declaration of Principles once said, “Before God and men we bear witness that for us every human being is a person” and that “from the moment the embryo is formed until death it is the same human being which grows to maturity and dies.”

Those words represent a truth that neither Mazzucato nor her biggest fan, Pope Francis, can ever change. The current Pope Francis-created academy may be similar to a dead man walking, but Christ always has the final word.

Judie Brown is the President of the American Life League. Since 1979, American Life League has committed to the protection of all innocent human beings from the moment of creation to death with a pro-life integrity that stands up for every innocent human being whose life is threatened by the culture of death. She is a former 15-year member of the Pontifical Academy for Life.