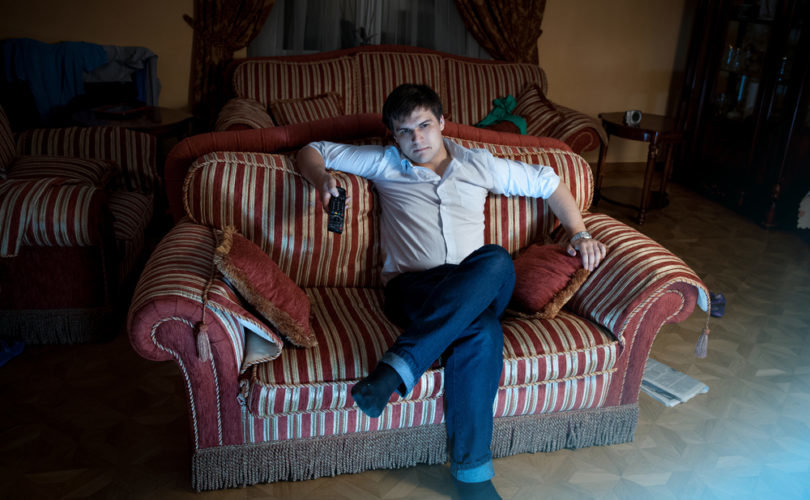 This is the second article in a series on modesty in a culture of shamelessness. LifeSiteNews published the first instalment on April 7.

April 8, 2015 (LifeSiteNews.com) — In her comprehensive study, The Global Sexual Revolution: Destruction of Freedom in the Name of Freedom, the German sociologist Gabriele Kuby points out that those who view pornography are at first blinded to the gravity of its nature, then enslaved into patterns of clinical addiction, then desensitized, and then, if the trajectory is not reversed, they move in the direction of acting out sexual immorality with others.

“. . . pornography means complete separation of sexual function from the person, thus making sexuality anonymous. Those who use it reduce themselves and the other to an object of lust and are driven ever deeper into degradation, humiliation, violence, perversion and obsession. With time, all limits can disappear — even children and infants can be victimized in this hell of unleashed sexual greed. . . .

“It is estimated that 2 million children worldwide have been offered on the web or depicted in sexualized violence. According to the annual report of ECPAT (End Child Prostitution, Pornography and Trafficking of Children for Sexual Purposes), in the European Union alone, several hundred thousand children are trafficked every year. Many thousands of children are abducted and never seen again. This traffic in children serves the Internet supply and demand.”

The vast majority of pornographic “actors” are impoverished and/or substance-addicted young women and men, selling their bodies to feed themselves or to buy their drugs. They are used as disposable commodities by the criminal and semi-criminal organizations that exploit them. Their humanity is held in utter contempt by those who sell the images—and by those who consume them. Kuby writes:

“What are people doing when they look at porno movies? They watch strangers engaged in sex acts, people who are degrading and humiliating themselves by publicly using their bodies as a tool of lust, allowing themselves to be filmed so that multitudes of strangers can get sexually aroused over them. This body is that of a living person who was once born as an innocent baby, has a father and mother, a memory, feelings, a person who feels joy and sadness, has a soul and a yearning for happiness and love, although perhaps barely any remaining hope of fulfilling these aspirations. The person must typically be drugged or given alcohol to be able to do at all that she is paid for — and they are often coerced. She may be one of many millions of victims of the traffic in women, girls and children from poor countries, from which criminal gangs extract billions, using them as prostitutes to sate the sex addiction of millions of men in rich countries, whether live or on screen.

The dehumanization of both victim and abuser rides upon a catastrophic falsehood that strikes against the very core of one’s being. The viewer of pornography (indeed anyone who looks at another person with lust) has in effect said to himself that the object of his interest must be sacrificed to his desires—in other words has less dignity and worth than himself (or has none at all). The pleasuring illusion must serve his “needs,” his loneliness, his boredom, frustration, or his inability to form loving human relationships. The object of his desire is, for him, a less real person, or not a person at all.

Fantasy is consciously or subconsciously a choice for unreality. And the more a person “lives” on a diet of unreality, the less capable he is of finding the beauty of the real. He will live increasingly in a world of lies. Pornography is most obvious in this regard.

Less obvious is the lie that is more insidious because it has become all-pervasive in our society and masquerades as normality: Whether or not we view overt pornography, we are all continuously bombarded with messages telling us that we have no eternal value, that our value is to be found only within the limited span of our lives, and especially in the most vital years of youth when we are strongest, most attractive, and most productive. We are, supposedly, worth as much or as little as others decide we are worth.

In a society that is increasingly focused on sensual pleasure, this means we will tend to be valued only insofar as we are considered sexually attractive. Attractiveness, of course, is a subjective thing, and thus most people will find themselves objects of interest to others at some point in their lives. Generally this means they will be objects of desire. And desire’s first “interface,” if you will, is the body.