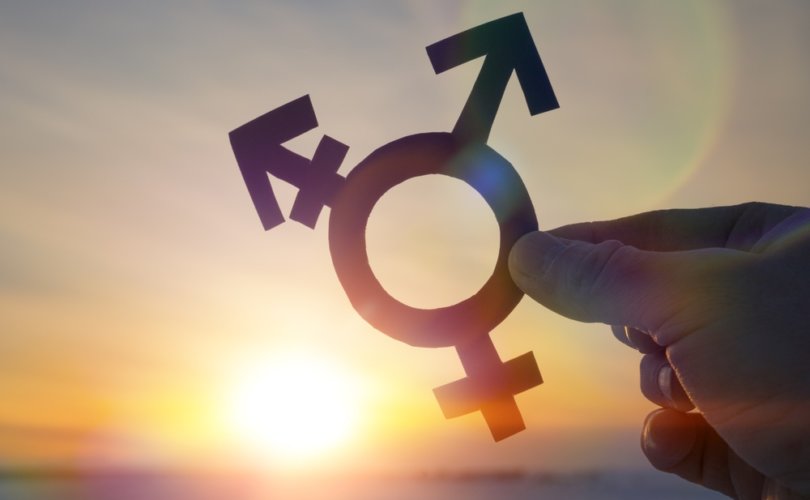 (LifeSiteNews) – The left’s narrative has long been a feminist tale of oppression. For fifty years, the abortion movement has revolved around the myth that it safeguards women’s health. For this reason, abortion is expressed in terms of women’s bodies with cries of “my body, my choice.” Men need not opine.

Suddenly, a strange new crack has appeared in the abortion movement that disputes this narrative. Medical organizations, advocacy groups and leftist politicians are changing the rhetoric. They no longer use the word ‘woman’ in the abortion debate. The movement has gone woke and is leaving behind feminists who now represent yesterday’s revolution.

A stab in the back

The New York Times writer Michael Powell quoted a pro-abortion tweet by the American Civil Liberties Union that sounded the alarm about the threat of overturning the Roe decision.  The tweet failed to mention the only demographic biologically able to have an abortion. It reads:

The message of the tweet is clear. The abortion movement is now so fused with the avant-garde of today’s woke revolution that it cannot be separated from all identity groups. Leftist theory is now so mainstream that the affirmation that a person is a woman cannot be tolerated, as everyone must be forced into a bizarre non-binary world. The supposed cause of the abortion fight – oppressed women—is now left out, which leads to the suspicion that it never was the cause in the first place.

Even Planned Parenthood and N.A.R.A.L. Pro-Choice America, that have long written the script in the abortion debate, are avoiding the w-word. They may hold women’s marches here and there to impress their grassroots. They will still talk about woman’s choice referring to a past talking point. However, behind the backs of the activists, they are betraying feminists. Pro-abortion literature increasingly employs terms like “pregnant people” and “birthing people” to indicate women who are expecting children.

It’s not about women anymore. The long decades spent developing women’s studies departments and feminist literature are over. They are passé and even reactionary. The new struggle revolves around “gender”-neutral language that reflects the belief that a person’s sex is a social construct and self-determined.

READ: CDC, WHO willingly overlooks monkeypox’s spread through men having sex with men

To affirm the existence of a man or woman must be rejected altogether. Indeed, not even Supreme Court Justice-designate Ketanji Brown Jackson would answer the question: What is a woman?” lest she stray off the woke path.

In the case of abortion, there can be no distinctions between women and “transgendered” men since both can become “birthing persons” and have abortions. The new abortion activism reflects this sea change without women.

A dialectic process of constant change

Such a development is to be expected. Leftist revolutionaries believe that history is a dialectic process of never-ending class struggles between those who oppress and the oppressed.

As the cause advances, those stuck in earlier stages must be thrown under the bus without sentimentality or regret. Yesterday’s feminists must be sacrificed on the altar of today’s trans-priests of sexual freedom. By affirming an unchangeable identity, the old feminist freedom fighters (and female athletes) are now the new oppressors.

The new revolution has three characteristics that are reflected in this new phase. It hates definition, opposes social restraint and tends to self-destruction.

Three characteristics of the trans revolution

First, the new revolution seeks to destroy definition since the mere act of defining restricts the person inside the confines of the definition. This restriction equals oppression. Thus, the binary world limits the person to two categories imposed by human nature. New fluid models break out of the shackles of human nature and declare new “genders.” The “transgendered” person is the new revolutionary that self-determines pronouns, identity and nature.

Secondly, the new revolutionaries hate all restraint, which they see embedded in social structures, traditions and institutions. Today’s culture war seeks to destroy all systemic restrictions that are obstacles to this new vision of humanity—whether they be pronouns, bathrooms or sports. In the present battle phase, all cultural manifestations of the male/female definition must be suppressed.

This leads to the final characteristic that points to the future. This hatred of human nature leads to a nihilistic urge to destroy creation and the Creator. For this reason, the new protests contain displays of blasphemy and sacrilege. Catholic churches are vandalized. Pro-abortion rallies are marked by the ominous presence of witchcraft and Satanic symbols. Each new step in the revolutionary process brings this revolt closer to self-destruction.

A bridge too far?

The insistence on making abortion gender-fluid is causing unease among conservatives. It confirms what they have always suspected: the sexual hot-button issues are fused together. Conservative politicians have used these links to show the true face of their adversaries and their unstated goals.

The “birthing people” label in the abortion fight scares those in the middle who see themselves forced into a revolution for which they have no real sympathy.

However, it is the feminists that feel betrayed since the trans people have stolen their battle flag and used it to their advantage. The newcomers have even turned the banner against the feminist cause.

Indeed, the pro-abortion veterans have long framed the debate as a woman’s health issue. Now the public is told a different narrative that contradicts the one long held. The old-style feminists also face angry transgender activists and their allies who call them transphobes and “cissexist” ones because they insist that banning abortion is a “war on women.”

The New York Times article quotes feminist scholar Prof. Steven Greene of North Carolina State University, who questions the wisdom of changing the message in the middle of the fight. He says it alienates the movement’s feminist base: “Activists are adopting symbols and language that are off-putting not just to the right but to people in the center and even liberals,” he notes.

These things change the nature of the debate that was once so carefully scripted. The hothead trans activists in the movement risk losing sectors of needed support. The new activism shows that the sexual revolution is a process that will not stop until all sexual aberrations are approved, all people become androgynous and all morals are suppressed.

The left no longer hides its goals. This process is directed against God, His Law and the Church. Only a restoration of Christian civilization can guarantee a return to order.