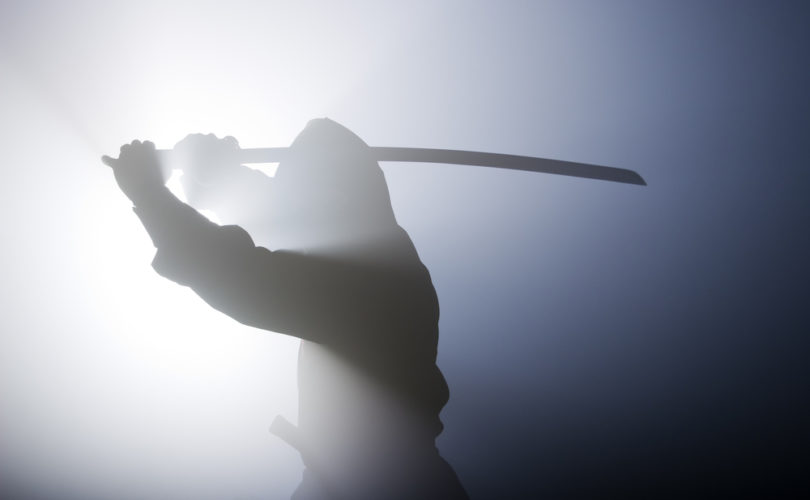 May 27, 2015 (LifeSiteNews.com) — Imagine if same-sex marriage were prohibited nationwide, and legal protections for homosexuals consistently struck down or defeated—while sodomy laws were re-imposed and enforced, with billions of dollars in funding from Congress. How effective would you consider the gay rights movement?

If the Second Amendment were reduced to a hollow, meaningless shell, and Americans’ guns—even hunting and target rifles—were all confiscated by the feds, what would we think of the gun lobby?

If the U.S. abandoned Israel to its fate, and starting sending aid and arms to Hezbollah and Hamas, what would we say of the Israel lobby?

Fix each of those scenarios in mind, and let’s ask the question: What should we think of the pro-life movement? The answer is tragically clear: For all the minds and hearts it has changed, it is a comprehensive political failure. American abortion laws are among the laxest on planet Earth—far less protective of unborn life than laws in secular Holland or Scandinavia.

In 50 states abortion is effectively legal for all nine months for any reason, including sex selection, and funded by the government. (Well-intended restrictions on abortion after “viability” all include “life AND health of the mother” exceptions any doctor could drive a truck through—and laws against partial birth abortion only ban one method of destroying unborn children, out of many.)

In 2013, a Republican House of Representatives awarded more than $500 million to Planned Parenthood—which does ¼ of America’s one-million-plus abortions, a figure that has stayed at roughly the same level since Roe v. Wade, despite the hundreds of millions of dollars, and decades of effort, of sincere and hard-working prolife advocates. It’s not that we aren’t trying.

Nor is our issue outrageous and unpopular. The defense of unborn life boasts the most passionate advocates, from the widest diversity of backgrounds and every part of our society. It has a built-in network of support among the churches. Its appeal cuts across ethnic lines. As knowledge of biology and technology for viewing and treating the unborn improve, it’s more and more clear to everyone, even pro-choicers, that the unborn child is both human and alive. Most have even stopped denying it.

And yet we get nowhere. Had the pro-life movement, to which I have dedicated my life, simply never existed, as it barely exists in Western Europe, would the number of abortions that took place in America have been much higher? Would the laws be any worse? It’s honestly hard to say.

Such a massive failure on so many fronts cannot be blamed on misguided tactics. Besides, we have tried a wide variety of tactics over the decades, to little effect. The problem must be strategic. Perhaps it’s a question of how pro-lifers understand the nature of our very movement, and our concept of politics.

Up till now, most hard-working, sincere prolife leaders have conceived of our movement as something like the children’s crusade—a tragic medieval episode that saw thousands of underage, unarmed Christian peasant boys take passage to the Holy Land, confident that God would honor their sincere trust in Him by granting them victory. Of course, what really happened was that the pilgrims were beaten and robbed along the way, and those whose ships did land were sold into slavery by the Arabs. That’s pretty much what has happened to prolife voters over the years, come to think of it. We can thank our own strategy for that. The good-hearted soldiers in the trenches, who pray outside clinics, volunteer at crisis pregnancy centers, and work to get out the vote deserve better generals and a more realistic battle plan.

Having pure intentions, even God on our side, is not enough. (He never promised that would be, by the way.) If one’s going to fight in what is actually a war, one has to be well-armed, strategic, and ruthless, and we pro-lifers have been none of these things. Nor have we been ready to learn from other movements that did succeed—such as the pro-gay, pro-gun, and pro-Israel movements that have made profound impacts on American public policy.

What can we learn from those winning movements to resurrect our own? Here are just a few victory lessons we can take away:

Most Americans, if left alone, might not really care about what the legal contracts between homosexuals, the regulations on gun shows, or the details of land squabbles between Arabs and Jews. But three highly effective movements have taught them to care, at least when it counts.

We in the prolife movement are fighting for something that affects every American. Our goal is simple and beautiful: full legal protection for every innocent life from conception till natural death. Like the anti-slavery and civil rights movements before us, we face entrenched selfish interests which have to cloak the evil they foster behind a cloud of double-talk—because even they know that the truth is on our side. And if abortion laws change, the culture will have to change. If we start respecting unborn children, that will also demand respect for women. And not everyone wants that—witness the loutish “prochoice” college boys who adopted the slogan “Hoes Before Embyros.” That really does say it all.

Maybe part of our failure stems from this: The truth that the unborn child deserves protection is so obvious and so important that we’ve been reluctant to get down in the trenches and fight like a special interest for our cause. We were confident that God would turn people’s hearts and set things right. But that isn’t how things work. We know from a trustworthy source that it isn’t enough to be “innocent as doves.” We must also be “wise as serpents.” Chris Kyle, the “American Sniper,” learned from his father that the world is full of wolves and sheep, and that what it needs are sheepdogs. If we want to be the sheepdogs who guard a million unborn American lambs, what we need is to grow some teeth.

If any of the above sounds unreasonable to you and you’re a pro-life activist, you need to find a less important cause to be tepid and timid about. If you actually work for a pro-life organization and you aren’t willing to take unborn life as seriously as the gun lobby takes ammunition, you had better find another job, where the stakes aren’t life and death, in the millions.

Jason Jones is co-author of The Race to Save Our Century.