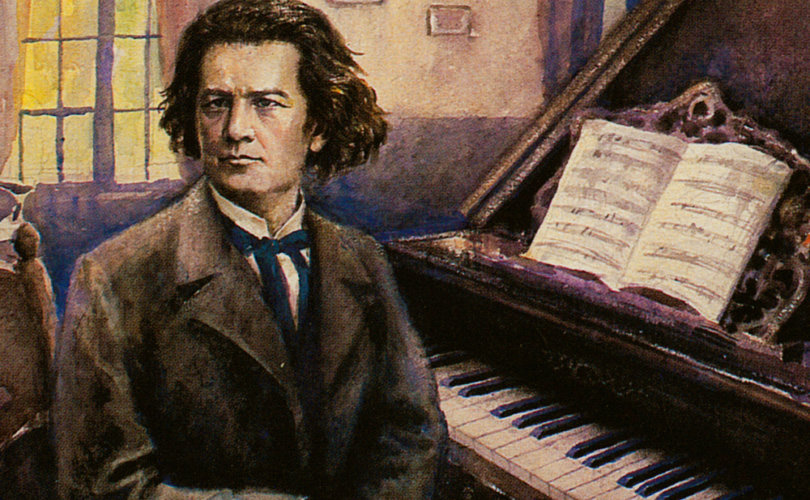 February 8, 2017 (LifeSiteNews) — I have heard pro-life arguments for most of my life. I’ve even made many of them myself. And I have discovered that some pro-life arguments are better than others. That’s the nature of rhetoric. But there is an argument going around now that, while surely well-intentioned, is ethically disastrous. It’s called The Beethoven Argument.

Here’s the Beethoven Argument in a nutshell: Had Ludwig van Beethoven’s mother been pregnant today, she might have been counseled to abort him. Good thing she didn’t, because the world will forever enjoy his music. Extrapolated to modern day: if you abort a child, you might abort the next Beethoven, and thus deny the world the beauty of his or her art. Further extrapolated, you might deny the world the next Shakespeare, the next Einstein, or the next Socrates.

Last year, I wrote a column about Pascal’s Wager and why I considered it my least favorite apologetics argument. But at least Pascal’s Wager has a certain inescapable logic to it. In the case of the Beethoven Argument, we’re not dealing with the least good argument — it’s actually just a bad argument.

The most obvious problem with the Beethoven Argument is that it is immediately indefensible. The argument can be — and often is — easily countered by arguing that while abortion could deny the world the next Socrates, it could also prevent the next Stalin. But this is the least of its problems.

From an ethical perspective, the biggest problem is that it employs consequentialism.

Consequentialism can be defined as the act of determining the moral goodness or badness of an act based purely on its likely consequences, rather than on the intrinsic nature of the act itself. For instance, consequentialism might view theft as wrong, not because it constitutes the willful taking of another’s property, but because you might get caught and spend time in prison. Further, consequentialism might view theft as good, because the thief might benefit society more from the stolen money than the owner would have benefited society.

While the Beethoven Argument has a certain rhetorical flair that might have an immediate appeal to some, it clearly employs consequentialism. Let’s say just for the sake of argument that an abortion takes the life of a person who will write the world’s next great classical masterpiece. Does that baby’s claim to life rest in my future enjoyment of his music?

Aristotle writes about the various levels of friendship, and among them he mentions friendships of utility. This type of friendship is not ultimately rooted in the desire for another’s good; rather, it is based upon how much we derive from it. In other words, the value of the relationship is defined by how it benefits us. Clearly, the Beethoven Argument is one of utility.

The what ifs are irrelevant to this discussion.  A person’s worth and dignity are derived from the fact that God created her and infused into her an immortal soul. What God has created, let no man put asunder. That is the basis for our argument — not what she might or might not do, but who she is, and Who her Creator is. The deliberate taking of an innocent human life is wrong, whether that baby grows up to write a symphony or not.  The argument for life should never be based on what that little pre-born girl can do for me; rather, it should be based on what God has already done for her.

Many of the arguments in favor of abortion tend to revolve around asking the question: If born, what kind of life will this child live? Inadvertently, the Beethoven Argument posits this same question, albeit from a hopeful and happier position. By arguing that you might abort the next great composer, you may win a debate point, but you will do so by inadvertently embracing an ethically problematic position. And we should never employ consequentialism to do the work of logical and well-reasoned Christianity.