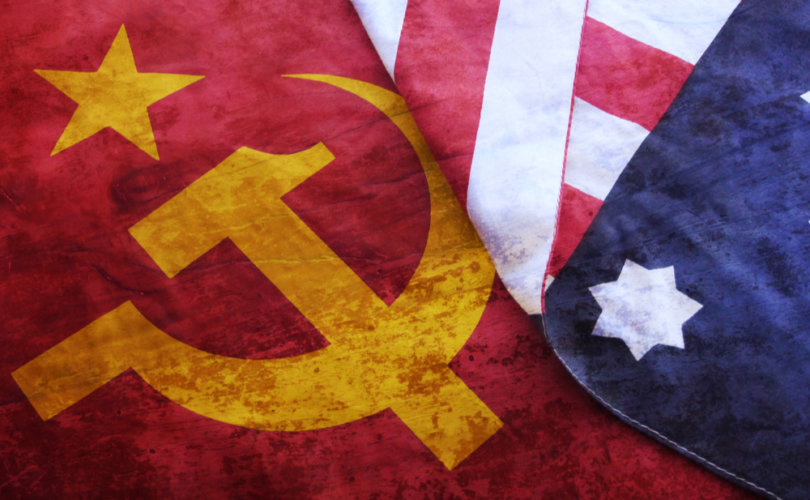 This article may include significant wishful thinking. That is, if the Democrats and their Deep State and media allies are not able to make it impossible for a free and honest mid-term election to take place, then yes, the reset that Hanson expects would almost certainly occur. Considering the catastrophe that the left would experience from such an outcome, it would seem reasonable that this criminal mob is already planning everything imaginable to prevent such an outcome, including possibly arranging for a national emergency that would require an allegedly necessary long delay in the mid-terms or severe participation restrictions due to yet another virus or some other crisis. We should not exclude them attempting anything to avoid electoral accountability. On the other hand, the article presents a strong case that all US citizens must engage in the election process like never before, starting now, to ensure that the criminal activities that took place during the last election cannot occur again. Governor Ron DeSantis of Florida has been engaging in pro-active actions to that effect which most other governors should emulate.

“In truth, we are about to see a radical reset – of the current reset.  It will be a different sort of transformation than the elites are expecting and one that they should greatly fear.”

In the November 2022 midterms, we are likely to see a historic “No!” to the orthodox left-wing agenda that has resulted in unsustainable inflation, unaffordable energy, war, and humiliation abroad, spiraling crime, racial hostility — as well as arrogant defiance from those who deliberately enacted these disastrous policies.

The public has been marinated in false narratives and disinformation spread by our elite ruling class and echoed by the dominant media. For example, climate change (more), green energy and its consequences, and Putin inflation.

Then there’s the COVID-19 origin and authoritarian mandates fostered by the spurious meme follow the science, the Russian collusion narrative, there was no election fraud in the 2020 Election, voter suppression, wokeism, and equity-speak.

These false narratives can be very pervasive when embedded in many people’s minds.

For example, I was recently in southern California. A Gen Z young man was discussing American government and politics with two older British men in the hotel lounge. As I left, I mentioned Hunter Biden’s laptop from hell and the election fraud in the 2020 Election. The discussion was civil, but the young man was wedded to the progressive narrative that this was disinformation and wasn’t open to debate.

Our elite ruling class, the Marxists, the globalists, Big Tech, the mainstream media, and the Deep State, used these crises to justify authoritarian government actions under public health and safety emergencies, and to interfere with the 2020 Election (compare with French elections) and destabilize our society, culture, and government. These actors will strike back as empowered by the elite, Big Tech, and the government to censor any who would dare question their orthodoxy – violating the inalienable rights enshrined in the Constitution.

These actors have robbed the public treasury of billions of dollars in broad daylight. These actors seek and are driven by retaining and gaining more power and money. The government is too corrupt to prosecute these perpetrators, i.e., good for thee but not for me.

The FBI and the Department of Justice (DOJ) are hunting dogs that will not hunt unless directed by their handlers, e.g., targeting the “insurrectionists” of January 6 and the parents vs. the Loudoun County School board vs. the treatment of Black Lives Matter and Antifa rioters and thugs.

Our sheepdogs have gone rogue or been discredited and replaced by the secret police – the Stasi à la Saul Alinsky et al.

At the local level, a brilliant move by George Soros was pouring money into the election of ultra-progressive woke district attorneys who will not prosecute and/or release dangerous felons into the community with no cash bail. Let the bad dudes out to run amuck and strike fear in the people while at the same time pillorying the cops. People who are scared to venture out of their homes will often defer to authoritarian actions by local governments in exchange for law and order.

The result is a two-tier system of justice that violates the founding principle of our criminal justice system: equal justice for all, no one is above the law, and the rule of law and not men.

A criminal enterprise, if not a soft coup by these actors, has been ongoing at least since the Obama Administration:

“[U]sing an illegal usurpation of power, by treason, mutiny, bribery, frauds, and thefts of public funds, and cover-ups and obstruction of justice committed by a criminal enterprise.”

Joe Biden’s policy reversals are detrimental to the strategic interests of the U.S. Why? There are reasons to suspect Biden is co-opted and/or blackmailed by foreign and domestic enemies. These enemies are the Marxists, globalists, the Communist Party of China (CCP), the Russian and Ukrainian oligarchs, and the Iranians.

Biden’s policy failures, the outright violations of the Constitution and federal laws, can’t just be attributed to the utter stupidity of Biden and his administration but are intentional.

Biden failed to defend the U.S. southern border and engaged with Iranian Mullahs to the detriment of our strategic interests and allies in the Middle East. He covered for China as the likely source of the COVID-19 virus. He disbanded the DOJ/FBI unit that roots out CCP espionage agents in academia.

America had grown weary of the war in Afghanistan with its mission creep. It was time to leave. Biden and his administration did leave – an example of how not to do it. The disastrous withdrawal from Afghanistan, abandoning Bagram AFB and leaving it for the Chinese. All the while, Hunter Biden was raking in millions from the Chinese, Russian, and Ukrainian oligarchs for no credible purpose other than gaining access to Joe Biden.

The Biden Administration’s policy reversals backed the U.S. into a shooting war between the Russians and Ukrainians, likely to escalate. So is Joe Biden now toast to “those that foisted him on us”?

Were these policy reversals the result of undue influence on Joe Biden by enemies of the U.S., both foreign and domestic?

We are at a tipping point with the coming midterms. The lies of the elite et al. are catching up with the common sense of the American people.

“In the November 2022 midterms, we are likely to see a historic “No!” to the orthodox left-wing agenda that has resulted in unsustainable inflation, unaffordable energy, war, and humiliation abroad, spiraling crime, racial hostility — as well as arrogant defiance from those who deliberately enacted these disastrous policies.

The prophets of the new world order sowed the wind, and they will soon reap the whirlwind of an angry public worn out by elite incompetence, arrogance, and ignorance.”