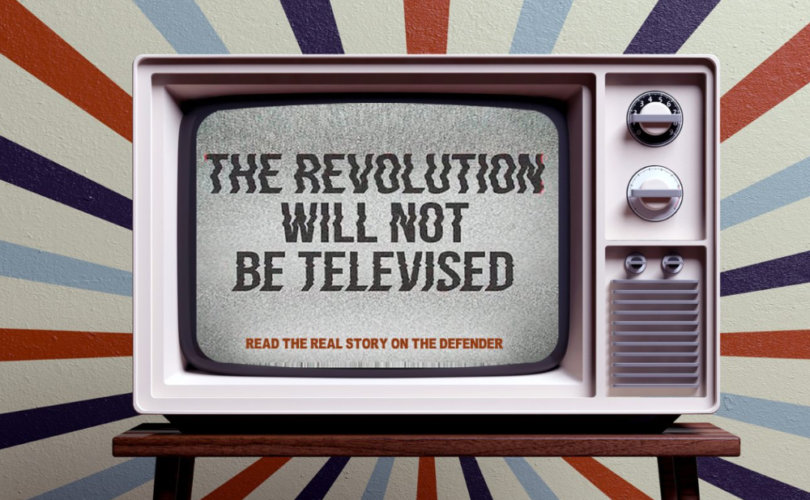 (Children’s Health Defense) – More than 30,000 people gathered Sunday, near the steps of the Lincoln Memorial in our nation’s capital, to protest COVID vaccine mandates.

Attendees were treated to nearly four hours of impassioned, poignant and uncensored speeches from more than 20 speakers who helped spearhead the movement for medical freedom.

Rather than attempting to summarize their commentary on the purported safety and efficacy of COVID vaccines, departures from accepted practices of informed consent around medical intervention and rapid erosion of the patient/doctor relationship from Big Pharma interference, I will instead list some pearls that might easily get overlooked but should not go forgotten.

He explained that more participants died in the vaccine group compared to placebo group, and one vaccine recipient perished from COVID during this period compared to two in the placebo group — hence Pfizer can claim its product provides 100% efficacy against COVID death.

But at what cost?

Four times as many people died of cardiac arrest in the vaccine group than placebo. We can thus conclude the risk of dying from a cardiac arrest is 300% greater if you get vaccinated — a fact that goes unacknowledged by our medical authorities and legacy media.

This led him to emphatically conclude, “Every policy out of our agencies has been written by the pharmaceutical industry … It’s a war. A war on repurposed drugs.”

Dr. Robert Malone, in his typically measured fashion, reminded us that our authorities and vaccine manufacturers have nearly 100% indemnity from vaccine-related injury and that it is our job to protect our kids, not theirs.

Unfortunately, the magnitude of vaccine risks is yet unknown. Still, “If there is risk,” Malone said, “there must be choice.”

Steve Kirsch took the podium two hours into the program and recounted his introduction into the vaccine-hesitant sphere and described the abject refusal of any authority to answer a single one of his questions.

However, Kirsch’s biggest point was not his attack on tightlipped and avoidant medical authorities.

He offered a very reasonable counterargument to the mainstream push to accept these vaccinations out of a moral obligation to our community. Do we in fact have an obligation to others that can be mandated? On what moral grounds can this be enforced?

“Nobody has the right to mandate that I must risk my life to save other people that I don’t know. It’s unethical and immoral. I will not voluntarily choose to deprive my kids of their father.”

These points are important for every person in the world to consider, regardless of which side of the vaccine debate you are on.

Of course, these sentiments predictably resonated with those in attendance. But is that good enough? Will vaccine mandate proponents ever have the opportunity to hear this perspective?

One needs only to listen to how legacy media covered the rally. In this three-minute clip — “Anti-Vaccine Mandate Protests During Omicron Surge” — NBC News gave its viewers a glimpse of what this event signified.

Then the camera immediately cuts to protesters complaining:

“…we tried to get a burger last night but couldn’t because we didn’t have a proof-of-vaccine card.”

Are these really the most prominent spokespersons of the movement explaining why mandates are not just scientifically unfounded but unethical?

Another protester stated on camera he is not “anti-vax” but chooses not to get the jab because these vaccines are experimental. However, the NBC News reporters said, “That’s not true, COVID vaccines are fully approved, more scrutinized than any vaccine in history…”

Of the three COVID vaccines currently authorized for emergency use, only the Pfizer Comirnaty formulation has been approved by the U.S. Food and Drug Administration.

However, that formulation has not been made available in this country. There isn’t a single person in this country who has been inoculated with a fully approved COVID vaccine. (Consider yourselves fact-checked, NBC News.)

The idea COVID vaccines have been “more scrutinized than any vaccine in history” is a frank lie. The vaccine trials were rushed, poorly designed, offered no meaningful age stratification and used a participant pool that was younger and healthier than those who succumb to serious COVID.

The trials effectively ended several months after they began when the participants were unblinded and offered the vaccine, making any long-term efficacy or safety comparisons impossible.

Moreover, federal agencies responsible for scrutinizing the vaccines have done just the opposite, allowing serious, life-threatening and fatal adverse events to go unacknowledged and uninvestigated.

Despite the magnitude of expert opinion on hand, NBC News chose not to seek it. NBC did not interview one of the physicians, scientists, healthcare advocates or vaccine-injured who spoke at the rally.

A free press, dedicated to balanced reporting and an intrepid pursuit of the facts is our only guardian against tyranny. It is their job to pose difficult questions and demand answers. It is their job to give a voice to the dissenter and the whistleblower.

This is why Del Bigtree’s finale was so salient. Bigtree got large reactions from the crowd when he drew upon Lincoln’s words and Bible quotations, framing the issue as a struggle between good and evil and leading the crowd in a chant for freedom. His comments will likely draw criticism from mainstream pundits that continue to frame the anti-mandate movement as one that is based in ideology and not science.

But it was his admonishment of the mainstream media that will reverberate most in the weeks and months ahead.

The revolution will not be televised. At least not on NBC News.