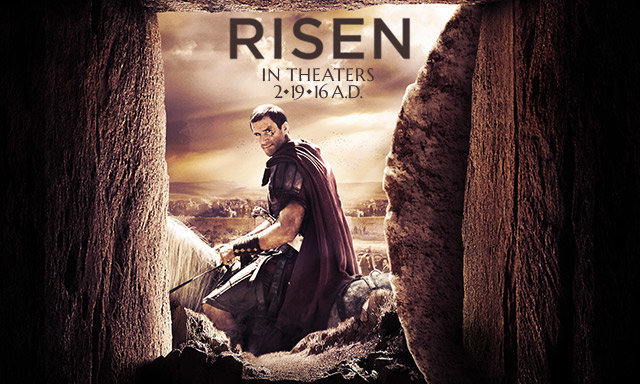 Biblically based movies these days often comes across as, well, less than inspired. Writers and directors sometimes play fast and loose with the source material, leaving out crucial details and inventing some bizarre stuff. Worse, portrayals of God often come across as flippant or even blasphemous. And that’s just not something I enjoy watching.

Well, I want to urge you to give the genre another chance. Because a film that hit theaters this past weekend proves that swords-and-sandals productions based on the Bible can still hold their own against “Ben Hur.”

“Risen,” directed by Kevin Reynolds and starring Joseph Fiennes, is the story of the manhunt for the corpse of Jesus Christ. Spoiler alert: They don’t find it.

Fiennes plays a Roman tribune named Clavius. He’s tasked by Pontius Pilate with crucifying the latest batch of Jewish rabble and self-proclaimed messiahs. The only catch? One of them really is the Messiah.

Of course Clavius, a good Roman military man, doesn’t think anything of Jesus. When the centurion at Golgotha admits, “Surely this Man was the Son of God,” Clavius lets him have it. Clavius is tough, and he’s immune to Jewish superstition—that is, until Sunday morning. For Clavius, that’s when all Heaven breaks loose.

The tomb is empty, the guards aren’t talking, and the Disciples of Jesus are spreading the news that He’s come back to life. The high priest warns Pilate that they’ll have an uprising on their hands if he doesn’t put the resurrection story to rest. So Pilate sends Clavius on a grisly, CSI-style hunt for the body of Christ.

That’s when our tribune has an encounter that shakes his pagan worldview to the core. “I have seen two things which cannot reconcile,” he says. “A man dead without question, and that same man alive again.”

Everyone on our BreakPoint team who’s seen the film loves it, not just because it’s a respectful and riveting portrayal of the gospel accounts, but because it shows an unbeliever’s crisis of faith when confronted by the Risen Lord.

In anticipation of Easter, I cannot think of a better reminder of how Christianity, as Tim Keller puts it, forces us to “doubt our doubts.” The empty tomb is the most startling fact of history—something two millennia of skeptics have tried to explain away. But the evidence is just too strong. And “Risen,” like a good detective novel, follows that evidence where it leads.

For instance, the Roman officials and Jewish leaders had every motive to produce a body. Yet they couldn’t. And Jesus’ Disciples had nothing to gain and everything to lose from lying about the Resurrection. But their transformation from cowards to spiritual conquerors testifies that they, like Fiennes’ fictional character, saw something—or Someone—who rocked their worlds.

Joe Fiennes, whom I had the pleasure of interviewing on the “Eric Metaxas Show,” told BreakPoint that he expects this movie to touch audiences in a unique way precisely because it invites them to examine these events through the eyes of a non-believer.

I think “Risen” has the potential to spark a renaissance of solidly biblical movies. But more importantly, I think it will challenge audiences to confront, with Clavius, the question that defies doubters to this day: If Jesus is dead, then where is the body?

Go see “Risen.” And take some unbelieving friends with you.