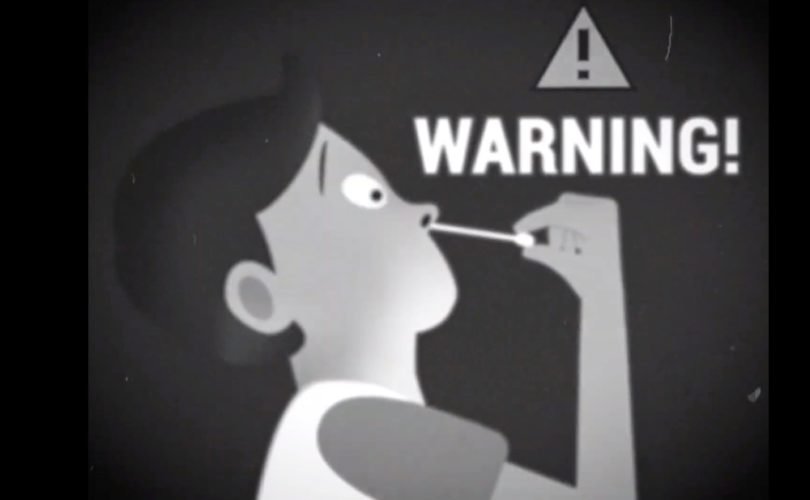 March 25, 2021 (Alliance for Natural Health) — To supposedly support the return of British kids to school, over 7 million lateral flow tests have so far been undertaken, from nursery to higher education settings. That figure is set to rise dramatically as secondary school pupils are offered the voluntary, but “strongly encouraged” opportunity to test twice weekly. Such high levels of testing come at a huge financial, educational and social cost, where only the first of these has been approximated so far.

Multiple media reports abound of schools that have reopened then just as quickly closed along with reports of thousands of children once again at home having to self-isolate because a pupil has received a positive test, which may or may not be an accurate indicator of infection.

All of this when Gavin Williamson, the UK’s education secretary, admitted last year there’s little evidence of significant viral transmission in schools. One wonders if the siloes of education and health within the UK government actually communicate?

“…one of the largest studies on the coronavirus in schools in the world”, would make it “clear there is little evidence that the virus is transmitted at school.”

We have previously warned of the potential harms of untrained children poking swabs up their noses. Despite the claims of fact checkers to the contrary, this is a very real and possible scenario as can be seen from the MRI scans on a 40-year-old woman who suffered just such an injury.

Concerns are now being expressed over the use of a known carcinogen, ethylene oxide (EtO), to sterilise the swabs used for COVID tests. Ethylene oxide is a commonly used sterilisation agent used in the production of medical devices such as swabs. Exposure to sterilised swabs during the manufacturing process is carefully monitored due to the known hazards from exposure to EtO.

Research by the US Environmental Protection Agency (EPA) in 2016, revealed EtO is carcinogenic to humans when it is inhaled. While people are rarely or only occasionally exposed to nasal swabs – what about their unforeseen chronic (repeated) use in children?

As with so many chemicals, it’s the dose and level of exposure that makes the poison. And children, particularly young children, are significantly more sensitive to chemical exposures than adults potentially loading the gun for ill health in later life.

Of all the non-pharmaceutical interventions designed to reduce transmission of the SARS-CoV-2 virus, handwashing is considered to be one of the easiest to implement. Simple and safe for all to carry out, with little harm. That is until you introduce harsh chemical sanitisers designed to kill all known bugs. The toll it can take on a child’s delicate skin, especially those who suffer from skin conditions such as eczema, can be immense leading to painful, cracked and bleeding skin, that’s extremely distressing. Some parents have resorted to removing their children from school to deal with the problem.

Most secondary schools are rigorously applying and policing government recommendations to wear masks when in school. Those who dare to reject the notion often face ridicule from their peers and are placed under extreme pressure by school staff to conform. We’re hearing more and more stories of young people struggling in class due to the harms of wearing masks for long periods.

Campaign group, Us for Them, has received many reports of children experiencing breathing difficulties, headaches and dizziness along with light headedness, fatigue and facial rashes (distressing enough for an adult, but even more so for a teenager). Such reports have been echoed in Parliament by MP Robert Halfon, chair of the Education Committee.

In an attempt to quantify the harms of mask wearing by children, researchers in Germany created a survey to collect feedback from parents, doctors and teachers. Over 20,000 people responded to report harms such as irritability (60%), headache (53%), difficulty concentrating (50%), unhappiness (49%), drowsiness/fatigue (37%) and difficulty learning (38%). It’s of no surprise to find an editorial note has since been added to the study published in Research Square trying to minimise its finding!

Sadly, such is the myopia over COVID-19, there seems to be little concern or sympathy for the plight of our children or the concerns of parents. Or the harms of scientifically unsupported diktats that are being swept aside by the U.K. and other governments as they continue to marginalise freedom, human rights and the natural course of the relationship between humans and pathogens that have existed for millennia.

With each passing day it seems that any retrospective view of governments’ handling of the COVID-19 pandemic in 2020-21 will show that the ends, in whatever form that eventually takes, never justified the means and its associated harms.

Printed with permission from Alliance for Natural Health.