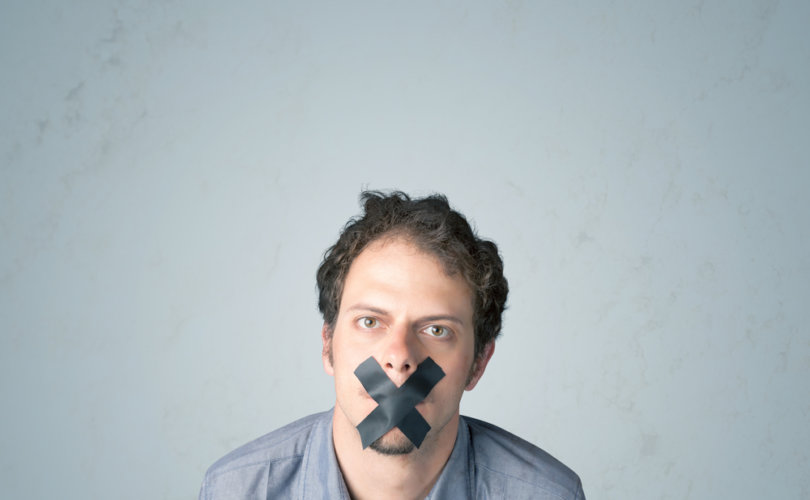 A veteran teacher at an Edmonton Catholic school appears to be the victim of a vicious smear job. Albert Felicitas, who has been a teacher for 32 years and received what he called “glowing endorsements” from students in the past, has now been accused of making “anti-gay” comments as well as pushing his “hatred of abortion.”

The accusations have bewildered former students such as 21-year-old Marianne Madrazo, who remembered him “teaching that the Catholic church does not accept the act of homosexuality and that it is a sin, but felt he was accepting of all his students.” So in other words, teaching the orthodox Christian view of sexuality in a religion class. His accusers, however, are waxing creative in their accusations, claiming that Felicitas has made the following statements:

That homosexuals are “incapable of love” and that they “do not deserve love.” And that homosexuals cannot reproduce. (The fact that two men or two women cannot naturally reproduce children, of course, is a fact. This shouldn’t be controversial.)

Three students claim that Felicitas said that, “if women who are raped have enough faith in God, a “protective biological shield” will keep them from getting pregnant. But if a woman did get pregnant, it was a sign she was actually amenable to intercourse.”

Felicitas denies the accusations outright, pointing out that everyone is capable and deserving of love and that to insinuate that women are ever “amenable to rape” would be a “crazy thing to say, and he did not say it.” Everything he has said, Felicitas noted, has been taken out of context (and it appears intentionally so.) “Teaching religion, if you really want to teach it properly, it’s risky,” he said. “I’d rather teach math…”

There are a few things here that should immediately catch our attention. First of all, the fact that Felicitas refused to “repent” for anything, as was reported, gives credibility to his protestations that he did not, in fact, say any of the things he was accused of, and the things that he did say are being intentionally extracted from their context.

Second, even the language used by the Edmonton Journal denotes an ideologically-driven witch-hunt: They call him “unrepentant.” If Felicitas will not recant the positions that today’s secular religion deems heretical, he will be punished.

Third, it is worth noting that the complaints were lodged by a lesbian couple, who would take offense to the traditional Christian view for obvious reasons. The article features a photo of two smiling students with their two moms, the accusers of the veteran teacher. Although it was this couple who was demanding that Felicitas be silenced while posturing as victims, one of them informed the Edmonton Journal, with dripping contempt, that she feels sorry for him: “To honestly go through life that narrow-minded, I feel sorry for him.”

Fourth, and perhaps most importantly, Felicitas “says school authorities have asked him to stay away from school for his ‘own personal safety.’” Interesting, isn’t? The supposed victimizer here, a man who is actually the one being persecuted for, as he plaintively pointed out, “teaching the curriculum,” has to stay away from the school for his “own personal safety.” This is what we call “cry-bullying”—pretend you’ve been victimized by the words or views of another, but use your fictitious victimhood as a cudgel to silence your opponent. This has, of course, proven wildly popular on university campuses across the continent.

I expect we’ll see a lot more of this in the years or even months to come. As Christian orthodoxy is increasingly seen as hateful and expressions thereof to be hate speech by the cultural elites and an increasingly large percentage of the population, the silencing of those who seek to articulate the tenets of Christianity will only pick up speed. Teachers like Felicitas are being caught off-guard due to the sheer swiftness with which our culture’s moral reversal has taken place, and victimizers posturing as victims have proven to be incredibly effective. Unfortunately, this is not the end. This is, it seems, just the beginning.